Today’s Video of the Day from the National Science Foundation describes the environmental threat of monogenetic volcanoes. Even though these volcanoes only erupt once in their lifetime, the eruption can last for years or even decades.

A recent study led by the University of Buffalo, which is published in the journal Geosphere, provides an overview of what we know about monogenetic volcanism in the U.S. Southwest over the past 2.58 million years. During this geologic period – known as the Quaternary – more than 1,800 monogenetic volcanoes erupted across Nevada, Utah, Arizona, Colorado, New Mexico and parts of California’s eastern edge.

“Monogenetic means ‘one life,’” explained study lead author and UB volcanologist Greg Valentine. “So a monogenetic volcano will erupt once, and that eruption may last for several days to several decades, but after that, the volcano is basically dead.”

“In the United States, most volcanic hazards-related attention has rightly gone to places like Hawaii, and to the Pacific Northwest and Alaska, where we have big stratovolcanoes like Mount Rainier and Mount St. Helens, which will have many eruptive episodes over a long life, with widespread hazardous effects. In the past, these smaller monogenetic volcanoes really haven’t been looked at from a focus on hazards; they have been instead studied mainly for what they tell us about the deep Earth.”

“Recently, however, there has been more buzz in the research community about how we need to take a look at the kinds of hazards these volcanoes might pose. My experience with the general public is that most people are surprised to know that there are so many young volcanoes in the Southwest.”

The study highlights gaps in our knowledge of one life volcanoes, and the researchers hope that it can serve as a launchpad for future research.

Based on the number of volcanoes that erupted in the study region during the Quaternary Period, the chances of a new volcano emerging in the area within 100 years would be about 8 percent, said Valentine. However, he noted that this figure does not account for buried volcanoes, or the fact that a single eruption can create multiple vents.

“There’s so much uncertainty here, and this is part of the problem. It’s kind of a wide-open research field. When you look at the region from the perspective of volcanic hazards, we really have very little information. Most of the volcanoes have not been dated, so we don’t know how old they are, except that they likely formed sometime within the Quaternary Period. Very few have been studied in detail.” 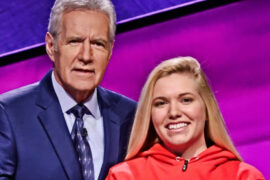 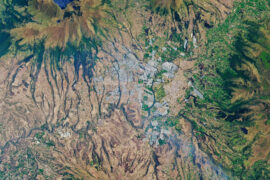 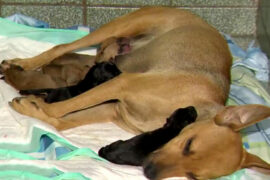 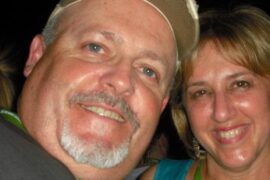