Today’s Video of the Day from the American Chemical Society describes the dangers of gas stoves, which can produce levels of indoor pollution that are higher than outdoor pollution levels.

According to ACS, gas stoves emit small amounts of carbon monoxide, formaldehyde, and fine particulate matter such as PM2.5. These pollutants are smaller than dust particles, and can travel deep into the human respiratory tract. Cooking with gas also creates “ultrafine particles” that are up to 1,000 times smaller than PM2.5.

There are many factors that influence how much particulate matter is produced from a gas stove, such as the temperature of the heat and the type of cookware being used.

To reduce indoor pollution in your home, the EPA recommends using an exhaust fan above your gas stove that is vented to the outdoors. 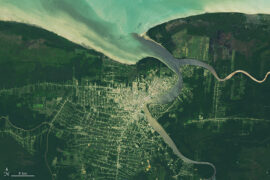