According to new research from a team of scientists at the University of British Columbia, hummingbirds process motion in a most unusual way. For most four-limbed vertebrates, the brain is tuned to sense motion coming from behind, such as from a predator or collision. But this part of the brain functions differently in hummingbirds. Instead of being programmed for back-to-front motion, neurons in the brains of hummingbirds are tuned into all different directions.

The team, led by Douglas Altshuler, published their findings in a report in the latest issue of Current Biology.

“In all four-limbed vertebrates studied to date, most of the neurons in this [motion-detecting] brain area are tuned to detect motion coming from behind, such as would occur for an impending collision or when being attacked from behind by a predator,” said Altshuler. “We found that this brain area responds very differently in hummingbirds. Instead of most neurons being tuned to back-to-front motion, almost every neuron we found was tuned to a different direction. We also found that these neurons were most responsive to very fast motion.”

Neurons that sense motion are located in the part of the brain known as the lentiformis mesencephalic (LM). The LM in hummingbirds is much larger than that of other birds. When first author Andrea Gaede tested the neural activity of the LM in several different hummingbirds, she found that hummingbirds are most sensitive to fast visual motion. And unlike other birds, hummingbirds have an equal capacity to sense motion from any direction.

“This study provides compelling support for the hypothesis that the avian brain is specialized for flight and that hummingbirds are a powerful model for studying stabilization algorithms,” said Gaede. 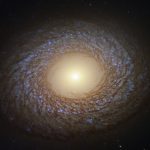 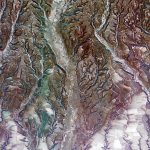 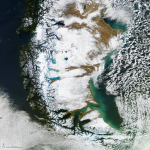 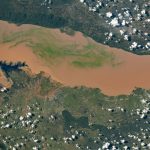 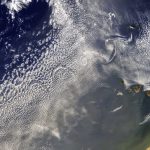