Although it may appear as a watercolor painting, this image is a natural-color capture of a phytoplankton bloom in the Barents Sea by the Sentinel-2A satellite.

Plankton, the most abundant type of life found in the ocean, are microscopic marine plants that drift on or near the surface of the sea. They are sometimes referred to as ‘the grass of the sea’ because they are the basic food on which all other marine life depends.

Since plankton contain photosynthetic chlorophyll pigments, these simple organisms play a similar role to terrestrial ‘green’ plants in the photosynthetic process. Plankton are able to convert inorganic compounds such as water, nitrogen and carbon into complex organic materials.

With their ability to ‘digest’ these compounds, they are credited with removing as much carbon dioxide from the atmosphere as their counterparts on land. As a result, the oceans have a profound influence on climate. Since plankton are a major influence on the amount of carbon in the atmosphere and are sensitive to environmental changes, it is important to monitor and model them into calculations of future climate change.

Although some types of plankton are individually microscopic, the chlorophyll they use for photosynthesis collectively tints the colour of the surrounding ocean waters, providing a means of detecting these tiny organisms from space with dedicated sensors, such as Sentinel-2’s multispectral imager with 13 spectral bands.

Some algae species are toxic or harmful. If they surge out of control during optimal blooming conditions they can exhaust the water of oxygen and suffocate larger fish. This phenomenon has dramatically increased in recent decades, and is particularly dangerous to fish farms because the fish cannot flee affected areas. Early warning of harmful blooms from satellites can help to prevent fish farmers from losing their stock, as it happened in Chile recently. 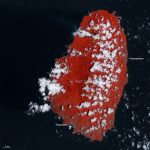 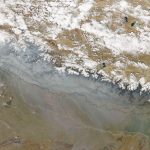 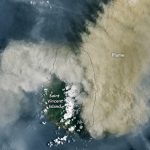 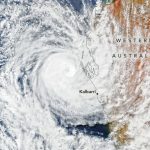 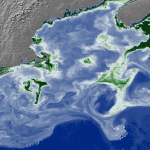