“A common measure for the strength of an atmospheric river is the integrated water vapor transport, or the amount of moisture that is moved from one place to another by the flow of the atmosphere,” explains NASA. “The blue shading shown here gives a three-dimensional view of the water vapor transport.”

Over the last four decades, the study of atmospheric rivers and other global weather phenomena has been made possible through NASA’s MERRA-2 reanalysis – a blend of satellite and conventional observations with a numerical model.

Atmospheric rivers are responsible for the majority of large amounts of moisture and energy being transported from the tropics to the poles. When one of the bands collides with a barrier, such as a mountain range, it can result in heavy rain or snowfall.

A recent modeling study led by the University of Tsukuba predicted that atmospheric rivers will cause more frequent and severe extreme downpour events across East Asia, as well as in other regions of the world.

“Our findings are likely also applicable to other regions of the mid-latitudes where interactions between atmospheric rivers and steep mountains play a major role in precipitation, such as in western North America and Europe,” explained study first author Professor Yoichi Kamae.

“These regions may also experience more frequent and intense extreme precipitation events as the climate warms.” 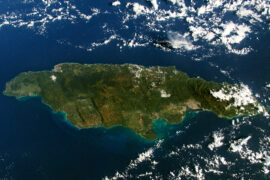 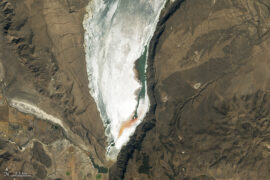 The Netherlands and the North Sea
POPULAR NEWS