Today’s Video of the Day from the National Science Foundation describes some of the latest groundbreaking discoveries that will help protect people in disaster areas.

Experts have designed smart walls that can shield coastal communities from destructive storm surges without obstructing the views. The concrete walls are installed below ground and can be raised using a telescoping technology.

In another project, scientists have designed robots that can be dropped into disaster areas to assess whether the conditions are safe for first responders to be deployed.

In California, a new fire retardant is being tested on the ground to stop some fires before they even start, while drastically reducing the spread of active fires.

To help predict earthquakes, scientists have used artificial intelligence to pick up on discreet seismic signals. The team is currently testing their algorithm on volcanoes in Costa Rica. 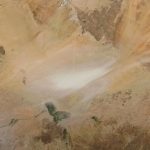