Scientists capture video of a thriving ecosystem beneath the Antarctic ice • Earth.com

Scientists capture video of a thriving ecosystem beneath the Antarctic ice

Scientists in Antarctica have captured new images of what lies beneath the Antarctic ice. What they found living in this world is truly amazing!

The researches from the Antarctic Division of the Australian Government (ADAG) collected the footage at O’Brien Bay in the eastern region of the continent while retrieving information about the water’s acidity, oxygen, salinity and temperature on an hourly basis, said biologist Dr. Glenn Johnstone.

The footage was recorded on a camera attached to a Remotely Operated Vehicle (ROV) – essentially a robot – that the scientists submerged under the Antarctic ice and into the water. Images provided researchers with a glimpse of “a thriving, colorful world filled with coconut-shaped sponges, dandelion-like worms, pink encrusting algae and spidery starfish,” according to the ADAG.

“When you think of the Antarctic coastal marine environment, the iconic species such as penguins, seals and whales usually steal the show,” Johnstone said. “This footage reveals a habitat that is productive, colorful, dynamic and full of a wide variety of biodiversity, including sponges, sea spiders, urchins, sea cucumbers and sea stars.”

Communities like this one live in the below freezing waters all year at temperatures equal to about 29 degrees, and they sit underneath a 5-foot layer of ice for 10 months of the year, Johnstone said.

The Antarctic ice serves as a layer of protection from the weather, he said, so the deep-sea communities are, for the most part, pretty stable.

Carbon dioxide is also more soluble in cold water, Stark added, so bodies of water in Arctic regions are acidifying two times as fast as water in tropical or mild regions of the world.

“Research shows the pink encrusting algae, known as crustose coralline algae, may decrease in extent in a more acidic future ocean, as it incorporates calcium into its structure, and this becomes harder for organisms to obtain as the acidity of the seawater increases,” Stark said. “Antarctica may be one of the first places we see detrimental effects of ocean acidification on these organisms.” 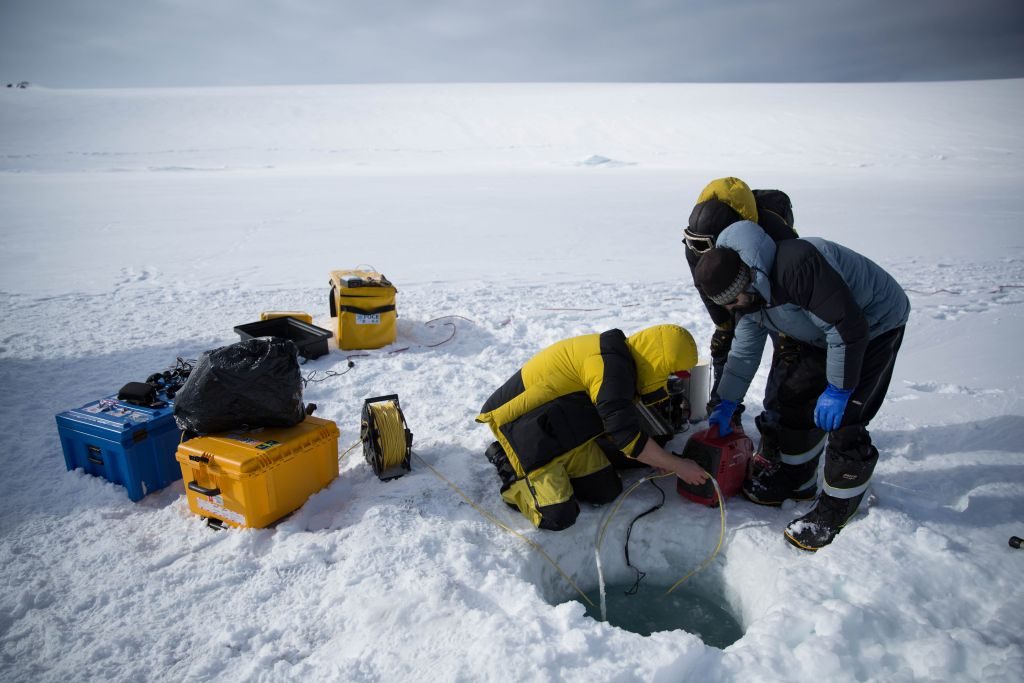 Scientists drilled holes in the sea ice to lower a Remotely Operated Vehicle (ROV) into the water.

Today's Image of the Day from NASA shows one of...