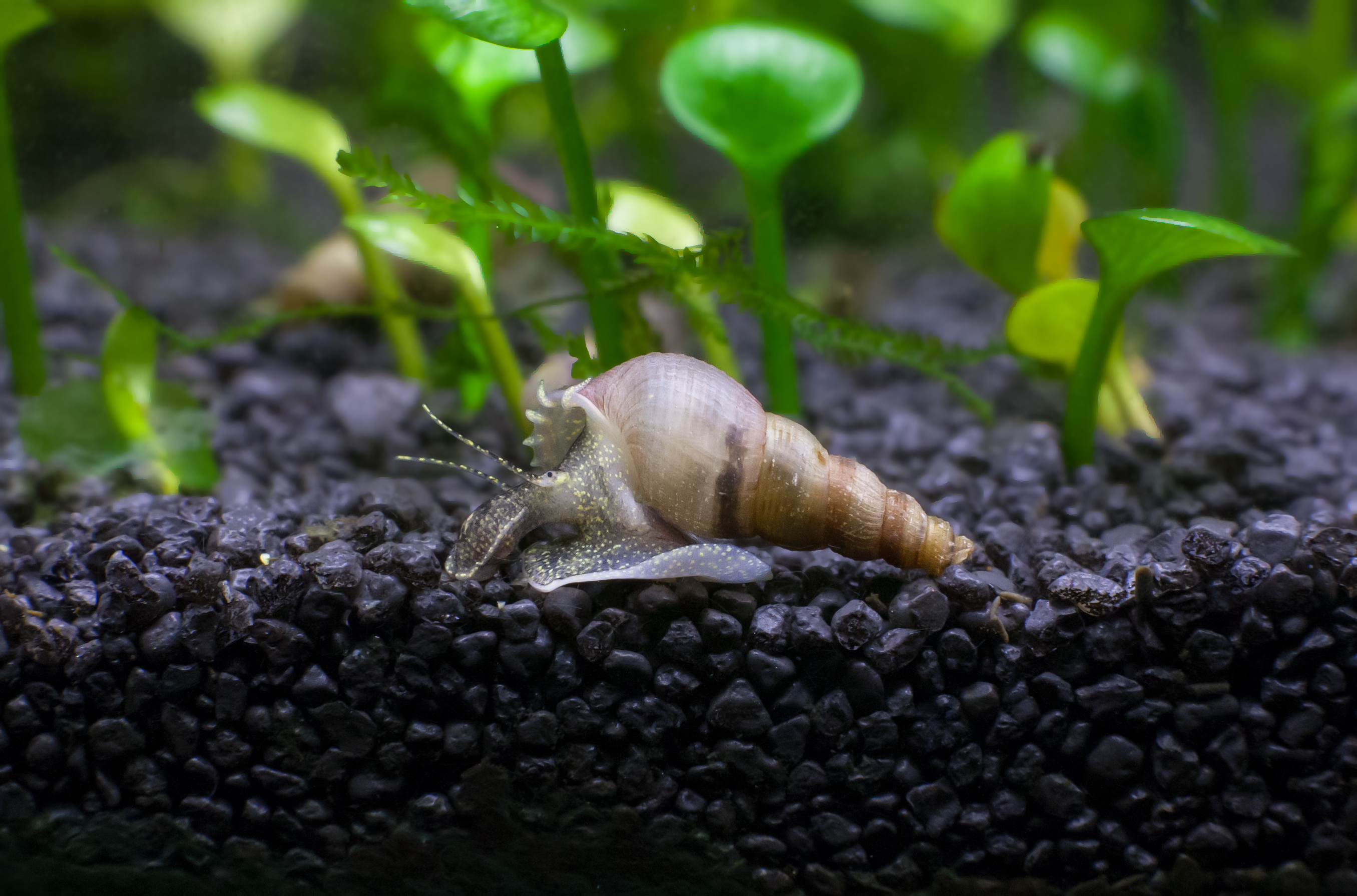 The red-rimmed melania (Melanoides tuberculata), also known as Malayan livebearing snails or Malayan/Malaysian trumpet snails (often abbreviated to MTS) by aquarists, is a species of freshwater snail with an operculum, a parthenogenetic, aquatic gastropod mollusk in the family Thiaridae. The common name comes from the presence of reddish spots on the otherwise greenish-brown shell. The species name is sometimes spelled Melanoides tuberculatus, but this is incorrect because Melanoides Olivier, 1804 was clearly intended to be feminine because it was combined with the feminine specific epithet fasciolata in the original description. This species is native to northern Africa and southern Asia, but it has been accidentally introduced in many other tropical and subtropical areas worldwide. It has also been accidentally introduced to heated aquaria in colder parts of the world. This species has an elongate, conical shell, which is usually light brown, marked with rust-colored spots. An operculum is present. In some places, such as in Israel, the shells are colored in black or dark brown, probably to help conceal the snail on the background of the basalt rocks of the Sea of Galilee (Kinnereth). The average shell length is about 20–27 millimetres (3⁄4–1+1⁄8 in) or 30–36 millimetres (1+1⁄8–1+3⁄8 in), but exceptional specimens may be up to 80 millimetres (3+1⁄8 in) long. Shells of this species have 10–15 whorls. Melanoides is a genus of freshwater snail with an operculum, an aquatic gastropod mollusk in the subfamily Thiarinae of the family Thiaridae.