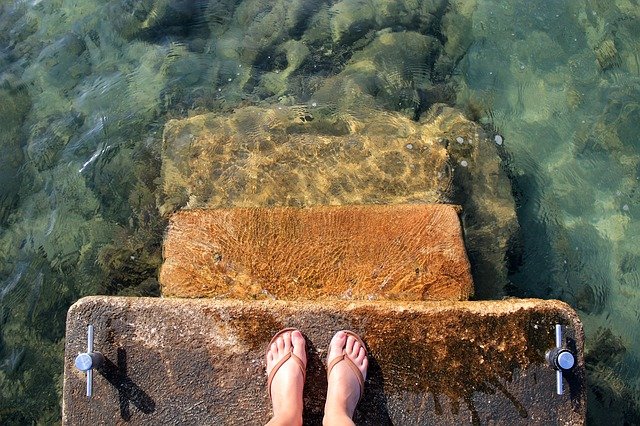 We live on a beautiful, shifting, and evolving planet. Earth is the one place we know of in our vast and expanding galaxy that sustains life.  About 71% of the earth is water-covered today, and with global warming increasing in velocity, sea-level rise will continue to shape our societies, cities, and species.

Today we’re going to take a beginner’s look at sea-level rise. Continue reading to learn more about what it is, why it happens, the ripple effects of rising sea levels, and action items you can undertake today.

Our planet is changing – fast. Scientists and other scholars have named this epoch the “Anthropocene” because of the way our behavior, governments, and population have impacted the globe.

But climate change is not new for the earth. In fact, our home planet has been defined by it. An ice age is an example of climate change. An asteroid can impale the Earth’s atmosphere and cause a climate change and global extinction event – as in the case of dinosaurs 66 million years ago.

What’s different about climate change in recent decades is the way in which human activity has caused such swift and irreparable damage. There is no single culprit we can point to, but a variety of factors compounding into horrific shifts in bio-health and sustainability. Our destruction of biodiverse habitats and insatiable appetite for fossil fuels are just two examples. These extractive and exploitive practices don’t only come at the expense of forests and rivers. “Progress” and “efficiency” have come at terrifying costs to human rights and dignity as well. 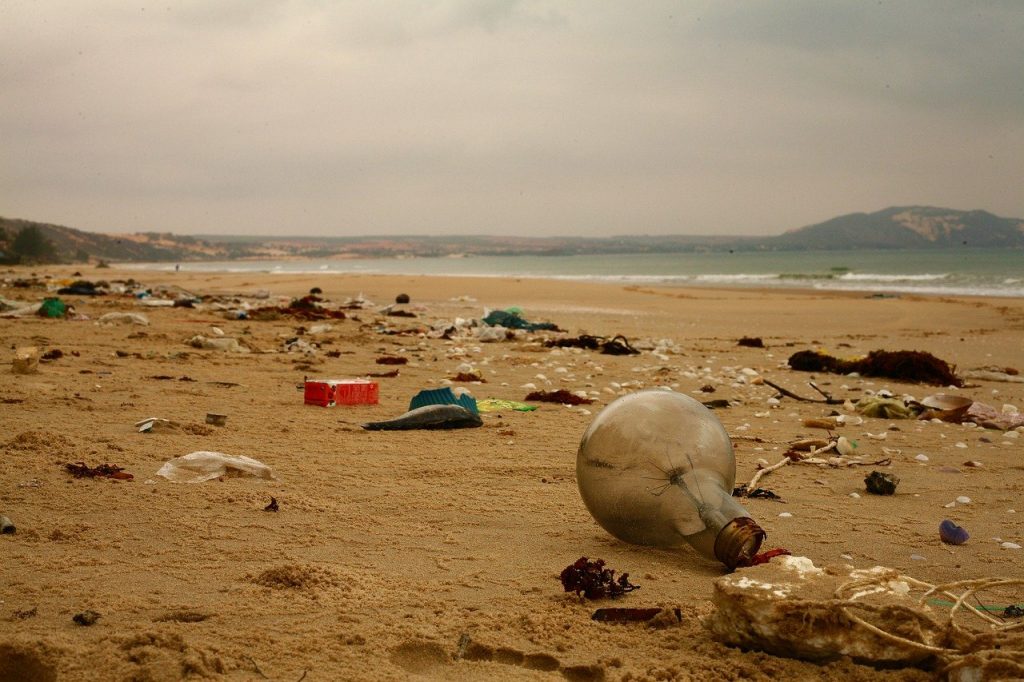 There are many angles to look at in the midst of this crisis – and it can be hard to know where to being. An important aspect of climate change and climate crisis is sea-level rise. Looking at this phenomenon can be a good starting point and a way to understand how closely linked our world truly is.

Scientists warn of global sea-level rise in millimeters per year. This may not sound like much, but it does add up to truly massive impacts on our globe – especially considering that over 40% of the world’s population lives in coastal areas. Even if you live far away from coastal cities, this means unprecedented shifts in weather patterns, water levels, and arable land use.

What Is Sea-Level Rise?

Let’s start with the basics, here. Sea level rise is pretty much exactly how it sounds. The sea surface is rising up around the world. According to NOAA, the “global mean sea level has risen 8-9 inches since 1880“. Scientists are able to track this trajectory through history via geological records and by testing samples of ice. They are also able to track changes in ocean level by using tide gauges.

They warn that one-third of the ocean water rise has come in during the last two and a half decades. The rate of sea-level rise is increasing. Specific locations will see more or less than the global average due to a variety of factors. Instances of erosion, flood control, and ground settling will determine the sea level rise in local areas across the Atlantic, Pacific, Indian and Arctic oceans. 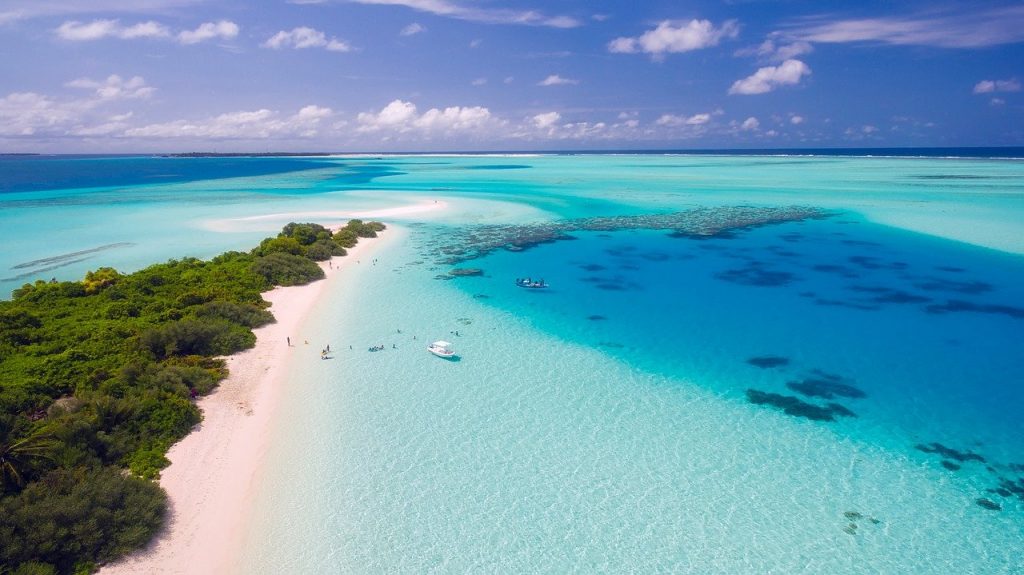 According to NASA’s global climate change information, global sea-level rise is caused by two combined factors. Firstly, there is added water to our oceans from melting ice sheets, sea ice, and glaciers. We call this meltwater. Secondly, saltwater expands as it warms up. This phenomenon is called “thermal expansion”. According to NASA data, the global average of water levels has risen almost 4 inches since 1995.

Greenhouse gases, for all the bad rap they get these days, are a natural phenomenon that insulates our planet from the cold of outer space. So while this is an occurrence that has protected the earth’s atmosphere and living biome for millennia, it is the anthropogenic emissions (humans plus fossil fuels) that have thrown this delicate balance way off.

As our global temperature heats up and global warming intensifies, the ice melt combines with thermal expansion. It is a cycle the spells disaster for many species including our own.

The Ripple Effects of Sea-Level Rise

Higher sea levels globally obviously impact local sea levels. When we talk about inches, we are also talking about people’s lives. From Miami, Florida to the burrows of New York, a couple of inches can mean a crisis for millions of people. The World Bank estimates that there will be over 140 million climate refugees by 2050.

As the planet warms and sea levels rise, we lose more and more sea ice each year as well. Sea ice is different than ice sheets in that it is simply frozen ocean water. In comparison, ice sheets (like the Greenland ice sheet) and glaciers are actually made up of freshwater.

Sea ice covers about 25 million square kilometers in the arctic and Antarctica. That’s double the size of Canada, to put it in perspective. These formations are of critical importance to wildlife and indigenous people of the arctic. And even if most of us never see it, living far from an arctic region, sea ice has big climate impacts that affect all of us.

This is because sea ice has a bright surface. Further, a lot of the light that hits its surface is reflected back into space. This process allows polar regions to stay cool. But with sea ice melting with warming temperatures, there is less and less bright surface area to reflect light. This means that the oceans of the polar regions will be even warmer – leading to more melting ice. It is a vicious cycle. 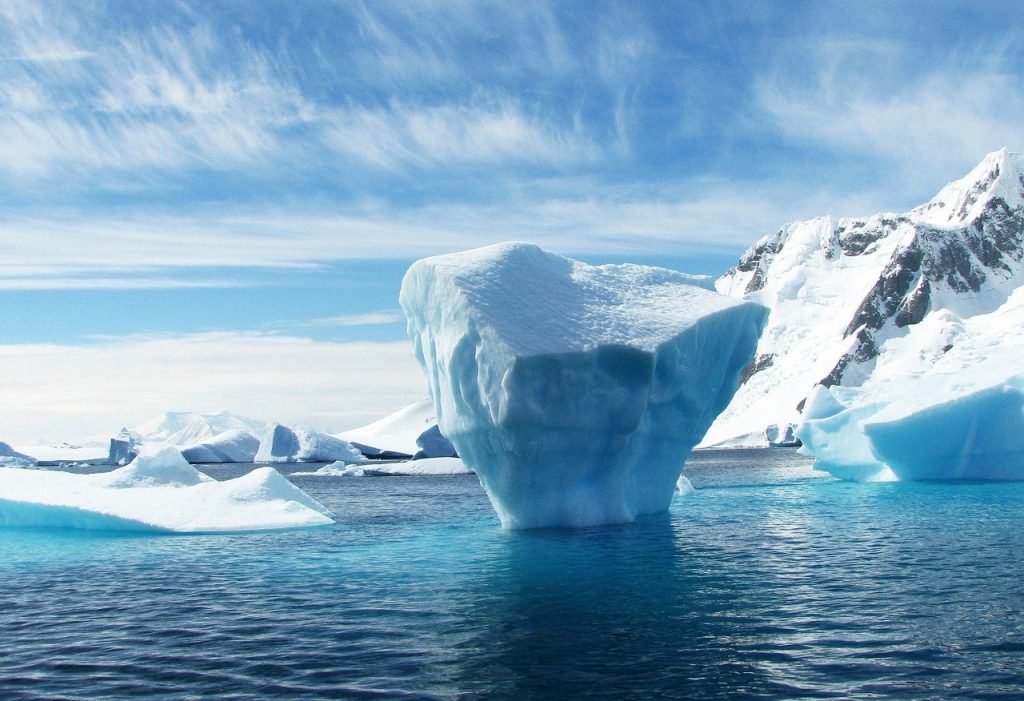 Another ripple effect of global warming and rising sea levels is that of the ocean currents. The currents operate like a global conveyor belt. They transport warmer water from the equator up to the poles and cooler water from the poles back down to equatorial regions. Scientists warn this is a process that is easy to disturb – especially with the influx of freshwater from ice sheets and glaciers. This cycle could very well lead to a disruption of the currents. These critical conveyor belts might slow down and even stop.

This would cause immense temperature changes in previously temperate parts of the globe. There are theories to suggest that these disturbed currents will mean big changes for the deep sea – much of which we have yet to explore. In essence, we are messing with parts of our globe that remain unexplored and unexplained – making the impact that much more volatile.

Reactionary Plans To These Ripple Effects

Some municipalities along the east coast of the US and other coastal areas around the globe are working to implement projects such as Seawalls. Seawalls are onshore structures that prevent flooding from storm surges and waves. The idea is to protect the land and structures behind the sea walls from rising sea levels.

While these sorts of initiatives will be important for temporary assistance to sea-side communities and alleviating flood risk for at-risk neighborhoods, it is a reactionary measure. We must be dedicated to proactively shifting our culture, legislation, and economic models towards sustainable systems and ways of life.

There is a lot of additional information to gather on various platforms on the internet and at your local library. The National Oceanic and atmospheric administration is a great place to start – as is your local newspaper or neighborhood forums on conservation and restoration efforts.

The trajectory of recent years has been anything but hopeful. But gaining a deeper understanding of the phenomenon occurring around us can be an empowering way to take action.

For instance, let’s look at methane and carbon dioxide. Both of these primary greenhouse gases are naturally occurring – and are not inherently “bad” or “good”. Here’s the problem: their concentration within the atmosphere is wreaking havoc. As greenhouse gases heat our atmosphere and our oceans, the sea level continues to rise.

Some ideas and ways to divorce yourself from this imbalance? Adopt a mostly vegetarian diet and ride your bike. Investigate how groundwater is used in your area. Even if you live far away from ocean water, you can investigate the aquatic habitats (such as marshes and other wetlands) in your area that need protection and restoration.

But as the desperation of this situation naturally suggests, individual actions will not be sufficient to divert our species’ path from annihilation. We must empower entire communities, nation-states, and global initiatives to make swift and bold actions on a collective level.

In Conclusion: An Uncertain Future

Much of the predicted future sea-level rise may be out of our control in the decades to come, but there are indications that our choices and policies today have the capacity to mitigate the crisis at hand. And while sea-level change is inevitable, that doesn’t mean we can’t tackle the systems and infrastructure that cause harm. Human beings are an adaptable species. It is possible to restore ecosystems, instead of destroying them.

No matter where you live or where you are, you’ve learned the basics of sea-level rise and can use that knowledge to activate change in your own community. All over the world, groups are organizing on behalf of this beautiful planet. Use your skills!