What is Actinium? • Earth.com 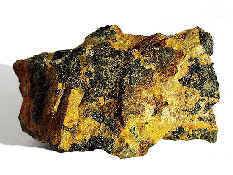 is a radioactive chemical element. The symbol for Actinium is Ac and the atomic number is 89. Actinium was discovered in 1899 by French chemist André-Louis Debierne. It was the first non-primordial radioactive element to be isolated. Ac is amongst a group of 15 similar elements within the periodic table that make up the actinoid series. This substance was also independently discovered by Friedrich Oskar Giesel in 1902 and named it emanium in 1904. In 1904 he named it emanium. After comparisons were made, Debierne’s name actinium was retained because of seniority. The name actinium is derived from the Greek “aktis” or “aktinos”, meaning ray or beam.

Actinium is a silvery, metallic element. It is also extremely radioactive and glows in the dark with a pale bluish hue. Ac is similar in chemical behavior to the rare lanthanum element. It is difficult to distinguish Ac from other similar rare earth elements. Ion chromatography and solvent extraction was used for separation of this element. There are only a few known compounds of actinium. AcF3, AcCl3, AcBr3, AcOF, AcOCl, AcOBr, Ac2S3, Ac2O3 and AcPO4 are all similar to lanthanum compounds and these compounds are generally found in the oxidation state of +3.

Actinium in the natural state is composed of 1 radioactive isotope, Ac-227. Ac227 has a half-life (the time it takes for one half of the atoms of a given radioactive substance to decay or disintegrate) of 21.772 years. There are 36 other radioisotopes found in Ac, most having half-lives of less than a minute. The atomic weight of isotopes in actinium range from 206 u (Ac-206) to 236 u (Ac-236).

Actinium is also found in uranium ore in minute amounts. Actinium metal has been produced by reducing Ac fluoride using lithium vapors at temperatures between 2012 and 2372 degrees Fahrenheit. Ac is about 150 times more radioactive than radium. So this radioactivity makes it a valuable source for energy. Ac-225 is used in medicine and is common in radio-immunotherapy for TAT (Targeted Alpha Therapy).

Ac-227 is extremely radioactive and is considerably far more dangerous than plutonium. Ingesting even tiny amounts would be fatal.