What is Arctic Haze? • Earth.com 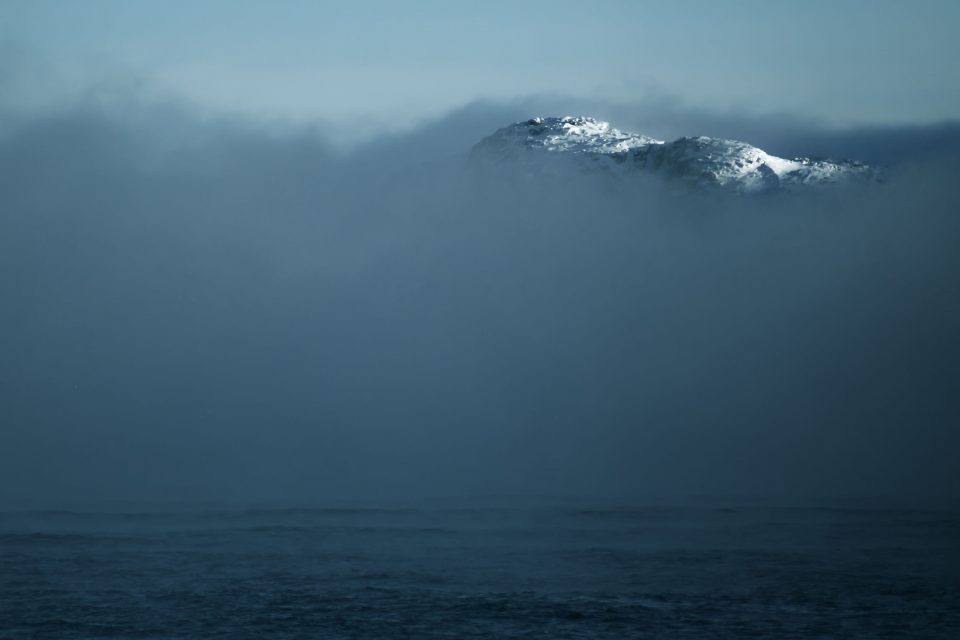 What is Arctic Haze?

Arctic haze is a phenomenon that occurs in the atmosphere at the higher latitudes due to air pollution. What distinguishes Arctic haze from atmospheric haze found elsewhere is the ability of its chemical ingredients to endure in the atmosphere for longer periods of time compared to other pollutants. Limited snowfall, rain, or turbulent air to displace pollutants from the polar air in the spring leads to Arctic haze remaining in the air for more than 30 days in the Northern atmosphere.

Researchers from The University of Utah state that Arctic haze was first discovered in 1750, at the beginning of the Industrial Revolution. Whalers of the region noticed the pollution, which the Inuit referred to as “poo-juk”. Norwegian explorer and national hero Fridtjof Nansen, on one of his excursions in the Arctic latitudes, found dark stains on the ice surface — an indication of pollution. The actual term “Arctic haze” wasn’t coined until 1956 by Murray Mitchell Jr., a U.S. Air Force officer stationed in Alaska. He used the term to describe an unusual and persisting reduction in visibility during his observations on weather reconnaissance missions called the Ptarmigan flights. During these missions, the haze was reported to have covered distances as much as 3200 km across the horizon.

Components and Characteristics of Arctic Haze

Atmospheric haze in the Arctic is seasonal, peaking in the late winter and spring. Researchers from the University of Alaska have noted polluted air masses over the Arctic circle, and two great lobes that extend over Eurasia and North America. The mass of polluted air is said to be as large as the African Continent.

Researchers from the University of Rhode Island have found that the majority of Arctic haze is formed by pollutants coming from coal burning by cities in the mid-northern latitudes. The concentrations of these aerosols contain about 90% sulfur (S) and 10% carbon (C), giving the haze a reddish color. The Western nations’ burning of petroleum products also releases traces of vanadium (V) and manganese (Mn) into the air, adding what is known as black carbon to the atmosphere.

Studies have shown greenhouse gas pollution to be the main cause of the warming in the Arctic region, which is happening a rate greater than any other place on Earth. The particles in the haze act as a trap for sunlight, holding infrared radiation and thus warming the surface and atmosphere.

There are many contributors to atmospheric haze, and the subsequent warming of the Arctic region. Besides greenhouse gases and pollution from industry, Arctic pollution sources include:

Many people perceive the Arctic as a frozen, pure, and clean region of Earth. The pure and clean landscapes may soon become a memory as pollution travels more pollution leaks into the Arctic regions. The haze in the arctic creates a residual effect due to the depletion of ice which creates a reduction in the albedo effect — the process by which the thermal energy from the sun is reflected back out into space from the polar regions. The entire planet is drastically changed as a result, with the addition of a trillion tons of carbon dioxide (CO₂) added to the Earth’s atmosphere if the current trends continue.

Many environmentalists predict that by the end of the 21st century, the Arctic temperatures may rise by an average of 5 degrees Fahrenheit. The summer sea ice of the Arctic may also disappear completely by 2040 if warming continues. This will be due to many factors including Arctic oil drilling which causes more pollution and sparks more severe climate changes. Because of global warming, the Arctic region is seeing a rise in rainfall that freezes soon after falling. This process is putting a huge strain on the wildlife of this region and with the continued effects of Arctic haze, the global environment is at serious risk.