Best Echinacea Uses (And Where to Find It) • Earth.com 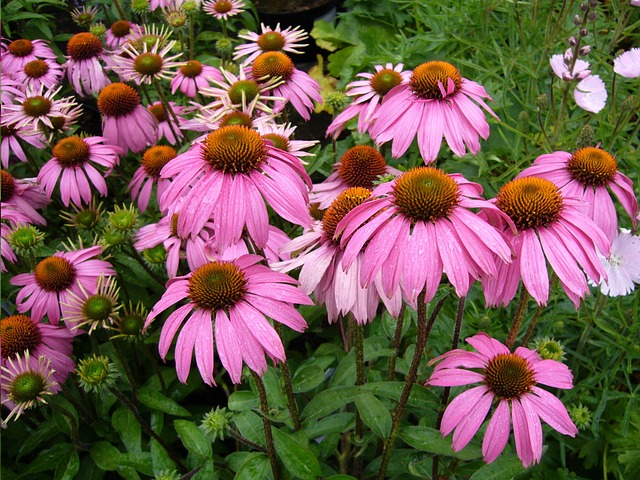 Best Echinacea Uses (And Where to Find It)

Echinacea, also known as coneflower, may be the most widely used herbal plant native to the United States. Even folks who know nothing about herbalism have likely heard of echinacea. Indigenous peoples use echinacea for a variety of illnesses and have for hundreds of years. Commercial herbalists sell tens of millions of dollars worth of echinacea supplements each year!

While there are many coneflower uses, few are proven by scientific studies. With all sorts of stuff on the internet, it’s hard to sort out what is true and what’s not. Let’s dive into the science of echinacea.

Where Does Echinacea Grow?

There are ten species of coneflower native to North America, the plant’s only native continent. Two species are used medicinally, E. angustifolia and E. purpurea.

All echinacea plants grow in prairie-like ecosystems. The highest concentrations of echinacea are on undisturbed tallgrass prairies in the Great Plains region of the U.S. and Canada.

Unfortunately, the ease of harvest, along with habitat loss, has caused E. angustifolia populations to decline in the past few decades. While it isn’t currently threatened, the continued harvest of coneflower could present a grim future for these plants in the wild.

Most echinacea, however, is grown on farms rather than harvested from the wild. From an ecologist’s perspective, if you find echinacea in the wild, it’s best to enjoy it as a beautiful wildflower rather than picking it for your own medicine cabinet. 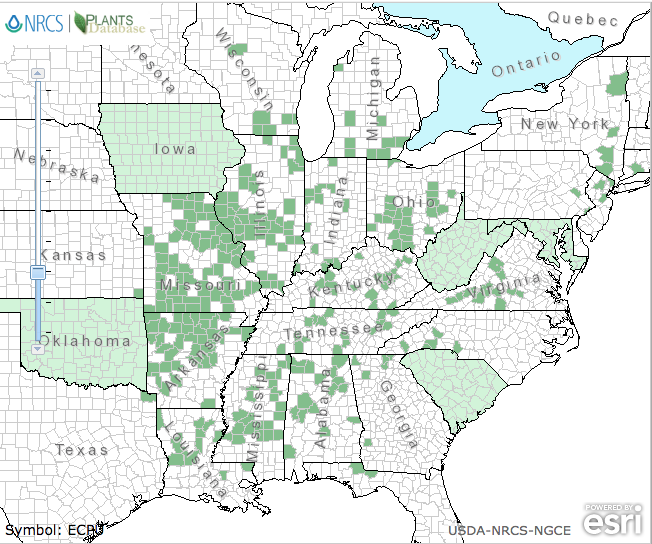 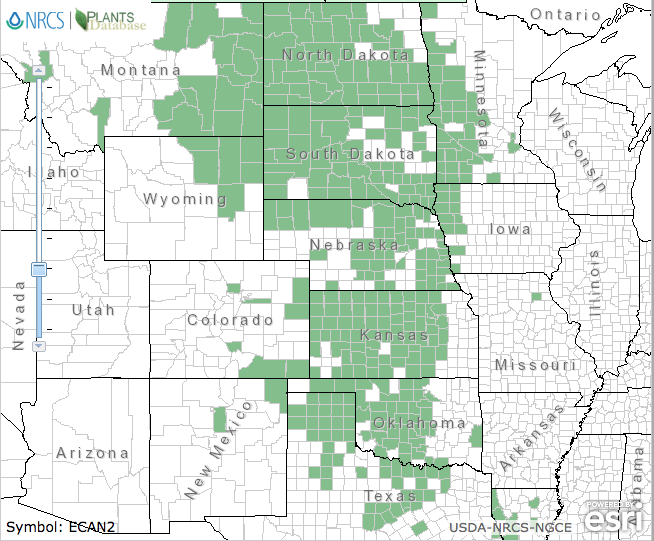 Scientists love to disagree. That disagreement is evident in all the competing research on the use of coneflower for treating lung illness. Herbalists believe echinacea to be a powerful herb for preventing and treating lung infections. But what does the science say?

A 2015 meta-study looked at six different scientific studies on the effects of coneflower on lung infections. They found some evidence to support echinacea as effective in decreasing the recurrence of these infections.

In 2007, a different meta-study found echinacea reduced the chance of catching a cold by 58%. The plant also shortened the length of sickness from a cold by 1.5 days. Since we don’t have great cures for common colds, coneflower could be quite helpful!

Most recently, a third meta-study in 2019 found that “echinacea might have a preventative effect on the incidence of upper respiratory tract infections but whether this effect is clinically meaningful is debatable.” In layman’s terms, scientists need more research on coneflower to come to solid conclusions.

It’s worth noting that many other studies haven’t found any effect of echinacea on respiratory infections. However, most studies agree that echinacea is safe to take for a short-term lung illness. It’s not going to hinder recovery. 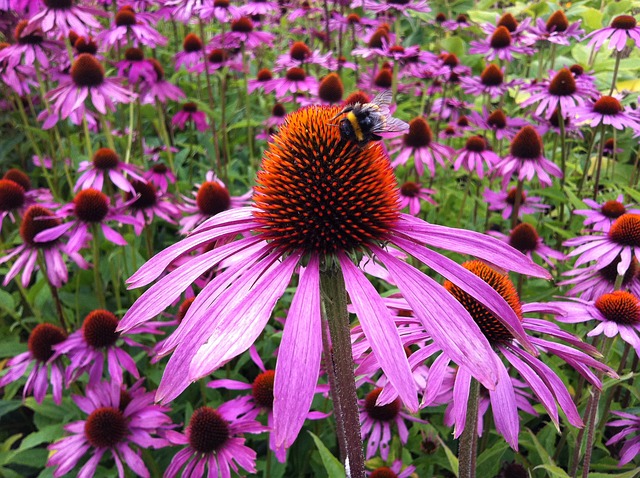 A bumblebee visits an echinacea flower. The word ‘echinacea’ comes from a Greek word meaning ‘sea urchin.’ [Photo by Daniela Britti via Pixabay]

Recent studies show significant effects of coneflower for hyperglycemia in rats. When administered at higher doses, rats treated with echinacea had a lower glycemic index than rats treated with common diabetes medicine.

The authors of the study tested three different commercially available echinacea products. However, they found that only one of these was effective in fighting diabetes. Since herbal medicines don’t go under the same scrutiny as manufactured medicines, they contain varying amounts of medicinal compounds.

This means it may be difficult to buy the right echinacea supplement for a certain condition without great knowledge of the plant and the manufacturer. For these reasons, it’s always best to consult a doctor before taking herbal supplements for any condition. 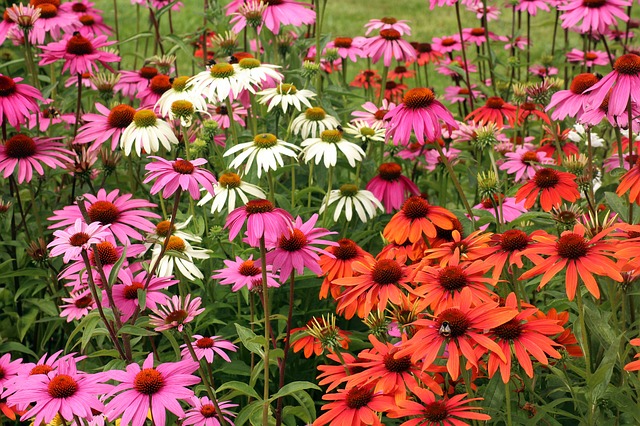 An example of Echinacea varieties used as a garden plant. [Photo by Alicja Polski via Pixabay]

Research on coneflower as a cure for skin disease is just beginning. A recent study found strong results for the treatment of eczema. Eczema is a skin condition that makes skin red and itchy. There are few effective treatments for this condition, making these findings of great interest.

The authors found that a cream with echinacea compounds had “remarkable anti-inflammatory actions.” It also helped restore a layer of fat in the skin. Both of these results led to a big reduction in eczema for patients.

Beyond respiratory illness, herbalists use coneflower for a wide range of ailments. Some of these conditions are ear infections, cold cores, HIV and AIDS, wound healing, and vaginitis. There isn’t scientific evidence to prove the efficacy of echinacea in these areas. 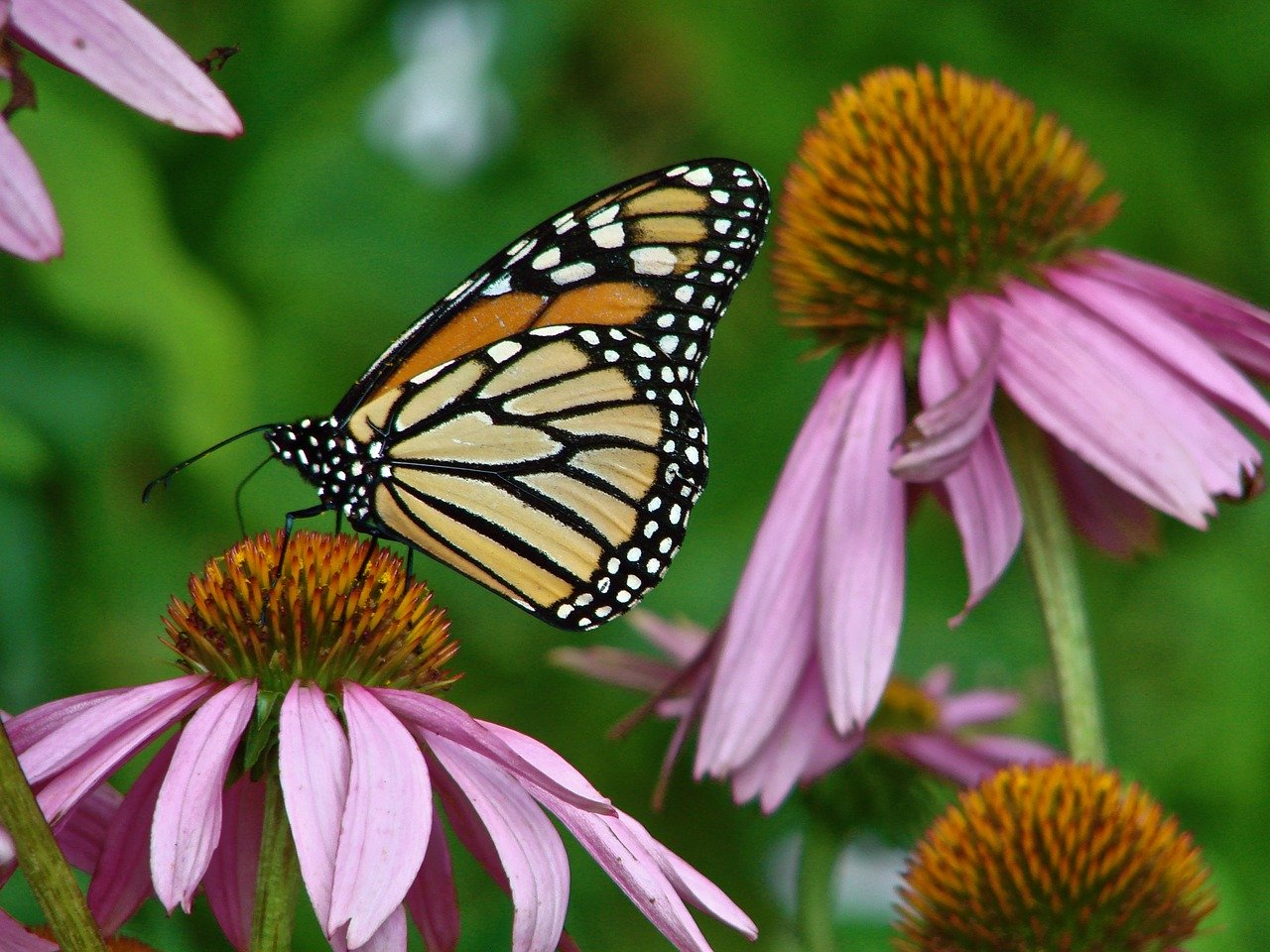 A monarch butterfly pollinates the echinacea flower. [Photo by YREA via Pixabay]

Coneflower has uses outside the medical world, too. It is a favorite garden plant in the U.S. and Europe. Its attractive flowers bloom throughout the entire summer. It is also perennial, which means it comes back every year. This makes it a favorite for gardeners who like to plant something and simply let it be.

The big, pink flowers attract important pollinators, such as bumblebees and monarch butterflies. The plant can do well in dry conditions. This makes it one of the biggest and best flowers for the water-conscious gardener.

As an added benefit, you can try to harvest echinacea roots from your own garden! It takes the plant about 3-4 years to develop roots big enough to harvest. If you plan on harvesting, make sure to check with the plant nursery to get a medicinal variety rather than a horticultural variety. Also, read up on things to watch out for when growing your own herbs.

Many Americans like to drink echinacea tea to ward off a cold. Others drink it simply as a warm late-night drink. The plant itself isn’t particularly flavorful. It makes the tongue tingle a little bit but doesn’t have much flavor otherwise. Most echinacea teas also contain mint, lemongrass, or other tasty herbs to make it more appealing. These teas claim to ‘fire up the immune system.’ Why not give it a shot?

Some people like to add fresh ginger, lemon, or chilis to their echinacea tea to increase the anti-inflammatory properties.

While scientists and herbalists disagree upon the efficacy of echinacea, the plant is unquestionably one of the most iconic to North America. Now that you know a little more about it, you will see it in gardens, grocery stores, farmer’s markets, and maybe even in the wild!

If you’re looking for more important herbs to use, check out this guide on yarrow uses.