How Big Do Komodo Dragons Get? • Earthpedia • Earth.com 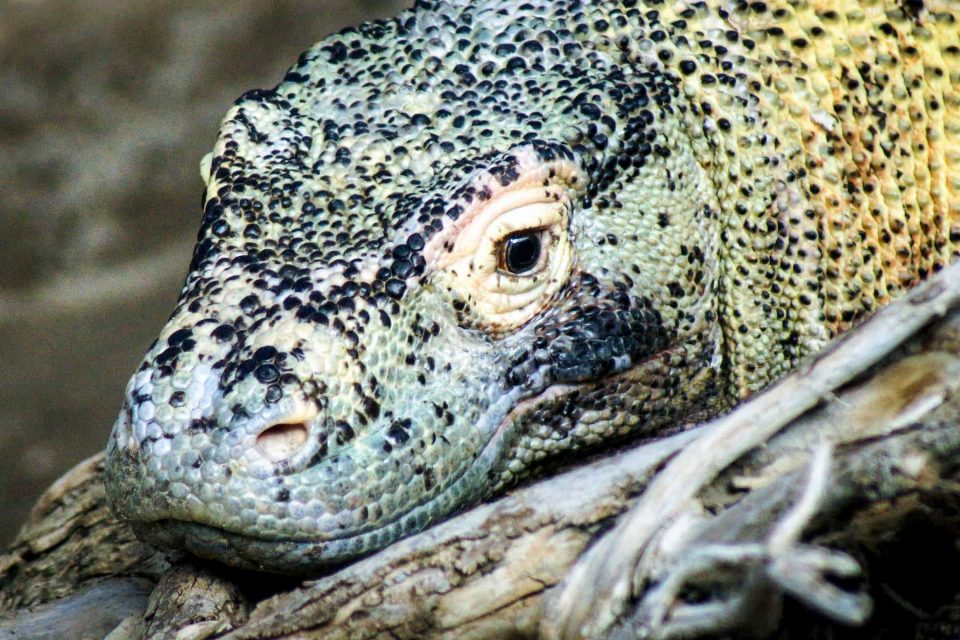 How Big Do Komodo Dragons Get?

The largest extant (non-extinct) lizards in the world, Komodo dragons are so big they are named after mythical giants. These impressive creatures are unique in a number of surprising ways. However, the Komodo dragon’s size is certainly its most obvious trait. When full grown, one weighs as much as, and often more than, a human being! 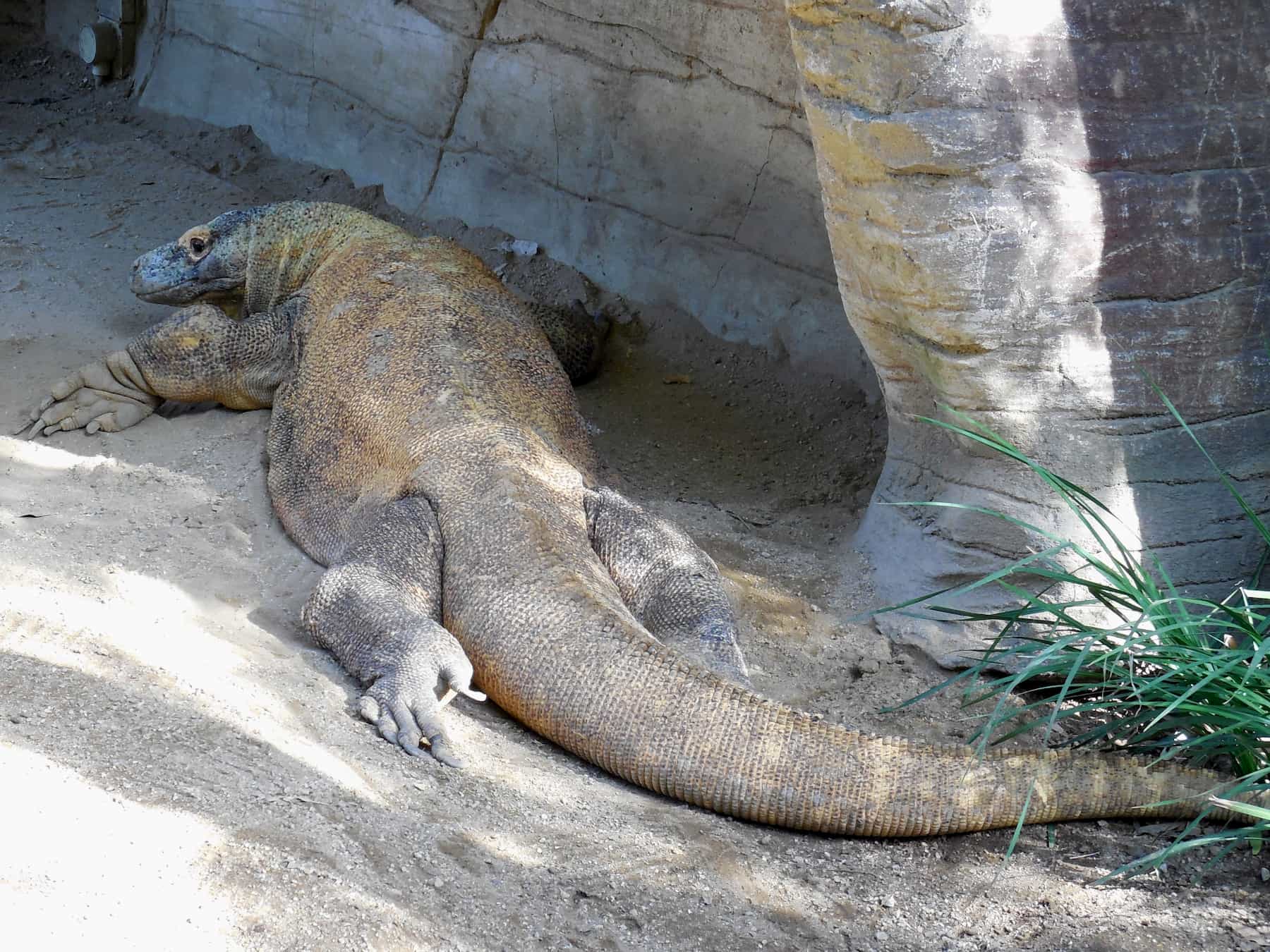 With an astounding average body weight of 70 kgs(154 lbs), these lizards are true behemoths. This makes the lizards slightly heavier on average than humans (though this is well below the American average of 88.8kg or 195.8lbs). This makes them far larger than the next largest lizards, which weigh around 15kg (33lbs).

These impressive weights are merely averages. The largest Komodo dragon measured reliably weighed in at a whopping 166kgs (366lbs)! This is more than the weight of a standard refrigerator!

Eating Their Weight, and Losing It Again

The weight of these lizards is sometimes reported as even higher than this. This is due to another amazing ability of these lizards. Their stomachs easily expand when eating. This allows them to eat as much as 80% of their weight in a meal! Imagine nearly doubling in weight after eating a large Thanksgiving dinner.

This extreme weight gain substantially slows them down. Therefore, the Komodo dragon will vomit the contents of its stomach when threatened. This enables them to quickly escape predators when needed. I guess that’s one way to deal with a food coma.

Adult male Komodo dragons reach lengths of 3 meters (10 feet)! Females are generally smaller. They reach a maximum length of “merely” 1.8 meters (6 feet). This is still well over the average height of a human man (1.71 meter or 5 feet 7.5 inches.)

With massive adults come impressively large babies. When they hatch, baby Komodo dragons are about 30 centimeters or a full foot long! It takes 5-7 years for these creatures to grow to their full size. 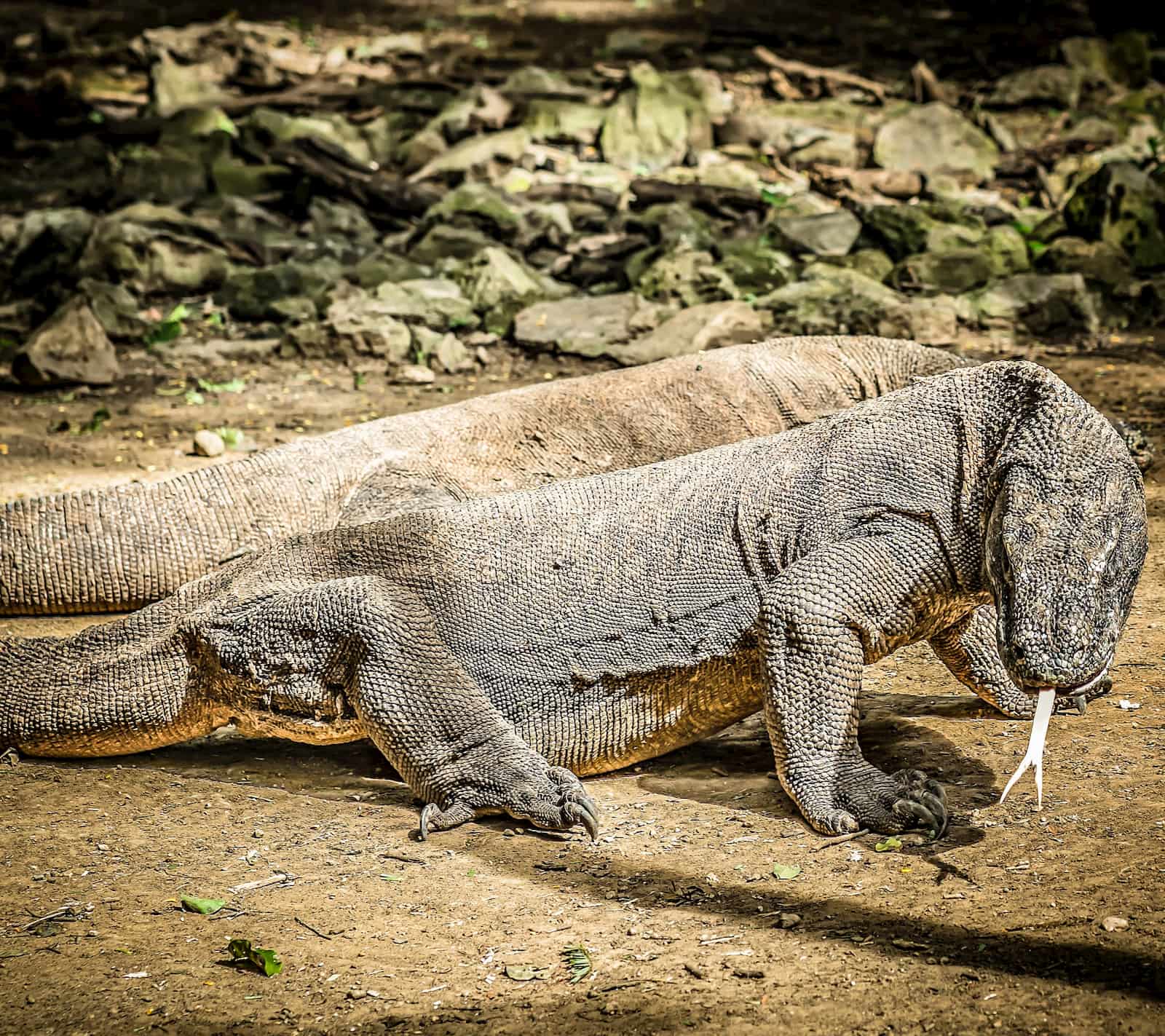 The Shape of a Dragon

Komodo dragons are not only large but also muscular. This contributes to their massive weight.

Though they are definitively the largest lizards by weight, the crocodile monitor of New Guinea can grow just as long. However, this lizard is far skinnier. They only weigh 20kg (44lbs). Most of their length is in their long, slender tail.

On the other hand, the Komodo dragon is muscular and heavy. Osteoderms (bony plates) coat their skin, providing protection. They have a strong tail, powerful claws, and a huge jaw.

The large jaw of the Komodo Dragon is filled with 60 large serrated teeth. These teeth measure 2.5 cm (1 in) in length, making them formidable predators.

What You Should Know About the Komodo Dragon 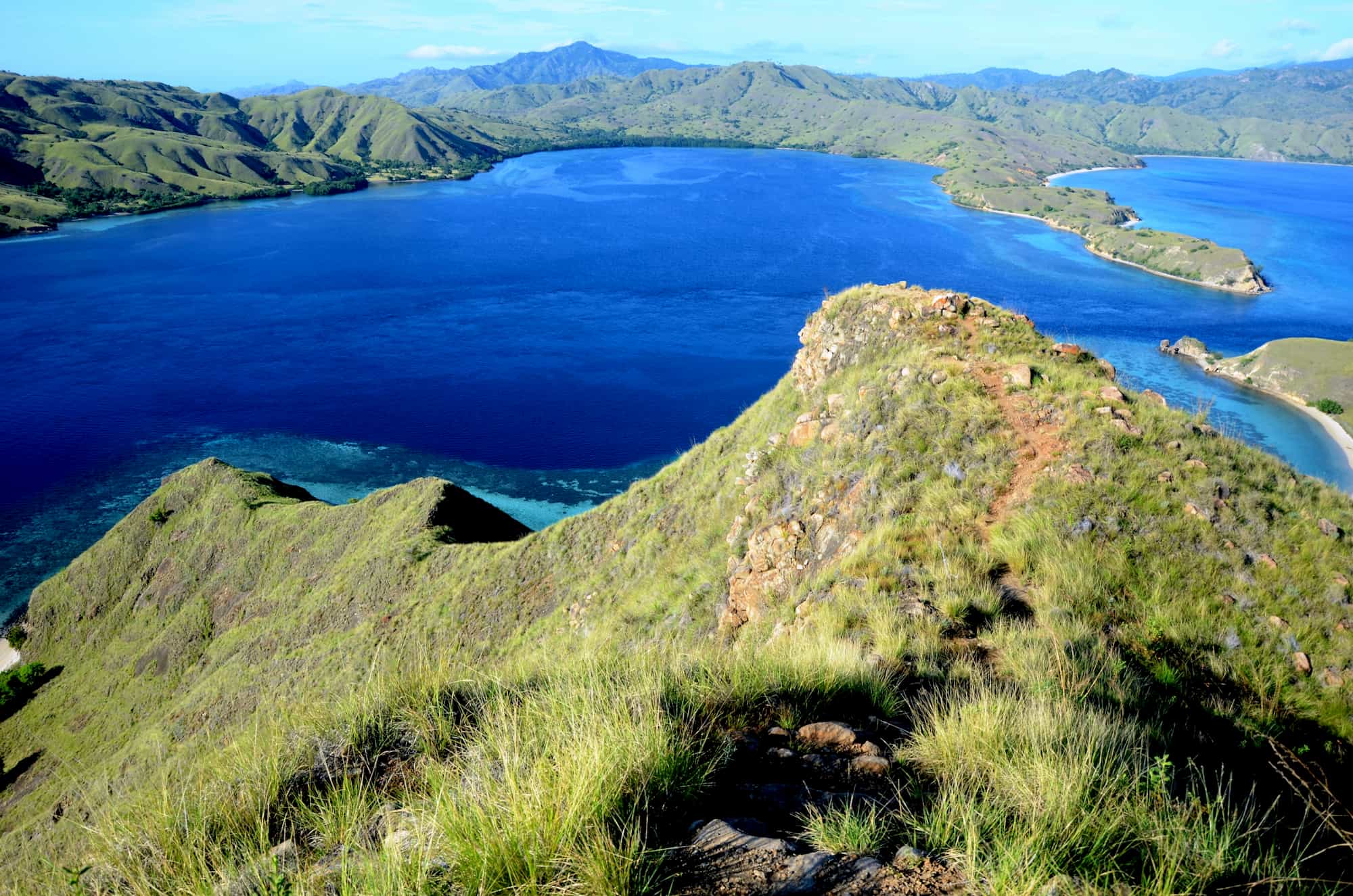 Their enormous size is likely the first thing you would notice about the Komodo dragon. However, they are unique creatures in many other ways.

They Are Powerful Hunters

The Komodo dragon is a predator that hunts large mammals. Their prey includes deer, wild boar, and even water buffalo!

The Komodo dragon is an ambush predator. They are incredibly fast, running up to 12 miles per hour. Compare this to the average human sprinting speed of 15 miles per hour.

When a comodo dragon attacks, it does so viciously. Their 60 sharp, serrated teeth are capable of tearing animals apart. In addition, their mouths are full of toxic bacteria. If their prey gets away, these bacteria poison and weaken the animal. The Komodo dragon will continue to stalk its prey until it can attack again.

They are able to find their prey using their incredible sense of smell. To supplement their nose, they can use their tongue to detect molecules in the air. They stick their forked tongue into the air, letting the chemicals (such as hormones, and other scents) land on their tongue. They then place their tongue on the roof of their mouths, where specialized organs sense the direction of their prey.

In addition to hunting large mammals, the Komodo dragon preys on its own kind. They will cannibalize the young of other Komodo dragons.

They Are a Rare Species

The Komodo dragon is a unique and rare species. Komodo Dragons live only on a few Indonesian islands, called the Lesser Sunda Islands. The largest population is on the island of Komodo. The populations are, however, shrinking. The IUCN lists this species as Vulnerable. This is due in part to ranchers who poison carrion to kill these predators. Their limited range also puts them at great risk of going extinct. The Komodo National Park has been established to protect this species. It is estimated that there are only 6,000 Komodo Dragons in the wild.

This rare and unique species deserves protection and respect. Efforts to protect these animals continue in Indonesia and in the zoos that keep these lizards in captivity.