What is Royal Gamma? • Earth.com 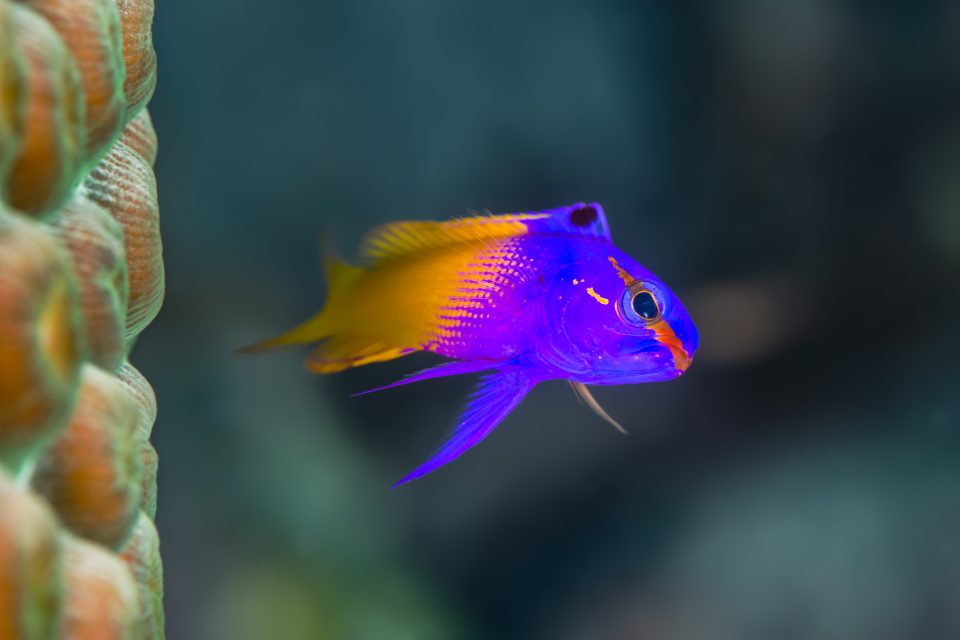 What is Royal Gamma?

The Royal Gamma (Gramma loreto) is a species of fish that is found naturally in the waters of the Bahamas, Venezuela, and the Lesser Antilles. It is widely popular in the aquarium trade. It is an ideal fish for most reef aquariums containing coral and other invertebrates. Although they can become aggressive towards other fish when kept in smaller tanks.

The Royal Gamma is dark purple which fades to yellow in the back. It is similar to the False Gamma, with the exception of the fins. False gamma has clear fins, whereas the Royal gamma does not. Also, the False gamma has a distinct color that does not fade. The Royal Gamma averages about 3 inches long and has been bred to live in tanks. It is a carnivorous fish and will eat most meat-based diets.
Photo Copyright and Credit