What Is The Rusty Patch Bumble Bee?  • Earth.com 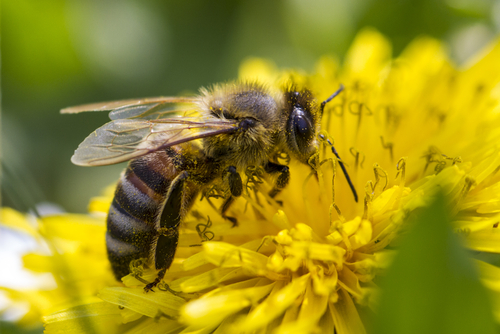 What Is The Rusty Patch Bumble Bee?

We estimate that there are over 900 thousand different insect species on our diverse planet. Today, we’re going to focus on one of those: the rusty patched bumblebee. These are fascinating creatures with life cycles full of bee-wildering intricacies and buzzing high drama. And the rusty patches are in trouble – declining rapidly and in need of sweeping intervention and support in order to stave off extinction. The more we learn, the better allies we can be to the bees.

Also known by the scientific name Bombus affinis, the rusty patch bumblebee is endemic to North America. It is a member of the subfamily Apidae and is one of 250 other members of the Bombus genus. They are relatively large in size and can be easy to distinguish for beginners due to their coloring.

These pollinator bees live in colonies of one queen and many female workers. The rusty patches have black hair heads and yellow hair on their bodies. They have a yellow thorax with a black spot. The workers and any males (which are produced in the late summer) have a rusty patch coloring on their backs, which is where they get their name. The patch is located on their second abdominal segment.

The historical range of this bee is a wide swath of the North American continent – through the east and central upper midwest, west across Dakota territory, north through Ontario, Canada, and even all the way south to Georgia. The landscapes we now call Minnesota, Wisconsin, Illinois, and Iowa are all areas once dominated by tallgrass prairies and grasslands. This is the habitat where rusty patches lived and thrived through the millennia – evolving with plants and the broader ecosystem at large.

These bees are also known for a handful of other distinct features. Unlike some other species of bees that specialize in air-borne hives, rusty patches build nests. These underground colonies exist in ditches, wetlands, fields, and even rodent burrows and abandoned furniture.

The bees collect pollen and nectar from flowering plants. They are one of the first bees to emerge in the spring and the last to go into hibernation.

And some good news for those who get a little nervous around bees? The rusty patches rarely sting, even when threatened. They are often quite uninterested and unbothered by our proximity – docile in going about their pollinating business in cities, fields, and prairie lands. 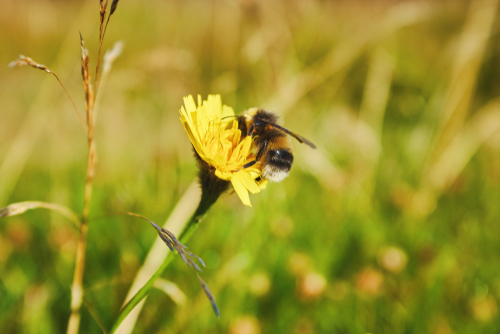 Rusty patch bees are largely to thank for a lot of our favorite foods: blueberries, cranberries, and tomatoes, to name a few. They pollinate somewhere around 65 plant genera, many of which are crops we eat regularly. It is important to note that the rusty patch bees are much more efficient pollinators than honey bees, even though their numbers are fewer. They are known as “buzz pollinators”. Essentially, this means that rusty patches produce vibrations that loosen hard-to-get-to pollen. This process feeds the bees and also increases the pollination of plants.

Unlike other species of bees, the rusty patch colony dies in the winter months, except for the new queens. They hibernate in the soil and then produce new bees and new colonies in the next season. Later on, we will touch on how you can support this process and the ongoing generations of this species.

The Buzz Around This Bee

Nature, and natural pollination, are a delicate balance between species – and we humans are certainly throwing off the scales. The fate of the rusty patches lies delicately in the balance. And their numbers are declining – fast.

The U.S. Fish and Wildlife Service (fws.gov) listed the rusty patch bumblebee as an endangered species under the endangered species act in 2017. While there was a time in living memory where these bees were a regular site in 31 states and large swaths of Canada, that is no longer the case. These bobbing buzz ball critters are critically endangered.

This is due to habitat loss, pesticide use, and other compounding factors relating to human-related development and climate change.

The rusty patches are also vulnerable to particular pathogens –  Apicystis bombi – which wreaks havoc on a colony.

Additionally, the rusty patches are parasitized by another species of bee – Bombus bohemicus. These parasite bees search out the rusty patch nests and actually sneak into them as imposters. They live among the queen and the workers while also infesting the nest with their own brood. Sometimes, the rusty patch workers help to raise this brood unknowingly. It’s hard not to anthropomorphize this sort of drama. It’s a strange bee-themed horror soap opera of sorts, chock-full of intrigue, betrayal, and death.

Except, unlike an addicting drama streaming on Netflix, these high-stake bee dramas contribute to the already baffling decline of an important species. It is all too real, in the end. 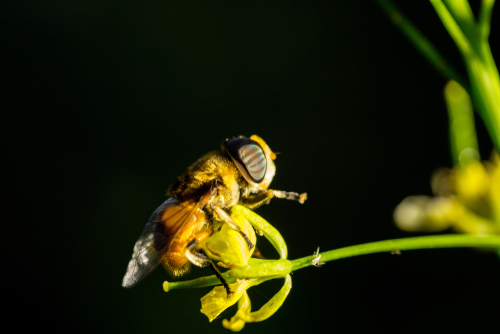 Efforts To Save The Rusty Patch

Efforts to save the rusty patch bees are underway and ongoing. The future is a truly grim place to contemplate without these pollinator power-houses buzzing between our food crops and brightly bobbing wildflower blooms.

Preserving natural areas, engaging with conservation and restoration efforts in your area, reflecting and enacting responsible choices within the ecosystem where you live – this is how we will reshape our societies to live in balance with our surroundings. Part of that balancing effort is protecting and support the species that interact in wondrous and nuanced ways. We save the rusty patches by saving the whole ecosystem. The ecosystem might be saved by protecting the rusty patches. It is all so intricately linked.

Acknowledging that the rusty patch bees are critically endangered is an important first step – especially on the federal level.

But another important part of successful conservation efforts is infusing entomology passion into the public discourse. For example, University of Minnesota professor Elaine Evans worked hard to designate the rusty patches as the Minnesota state bee two years ago. Even though it is uncommon to find them, this work led to broader education around the species in the state.

There are now instances where people, who learned about the species through this initiative, recognized the distinct rusty patches in their own homes. Because they were aware of the efforts around the bees, they called the university and conservation agencies instead of pest control. This has led to protected colonies, more in-depth study of the bees, and hopefully a greater understanding of how to save them.

Another great place to keep track of sightings, and breaking information regarding bumblebees is through Bumblebee Watch. This is a community science project and partnership between the Xerces Society, the University of Ottowa, and other contributors. It is an excellent resource for those who want to have an ongoing understanding of the situation and what is going on in the field with each passing year.

Native Plants And Native Bees – Do Your Part!

It’s easy to give in to the malaise of the climate crisis. This lethargy masks the grief of a changing world. Often, we convince ourselves that our efforts have no real impact.

This is not a narrative that helps the rusty patches – or any other pollinator for that matter.

Native bees need the help of native plants. And you can absolutely do something to facilitate a return to right relationship, no matter where you live.

If You Have A Lawn

First of all, get rid of your lawn. Plant native plants instead of Kentucky Blue grass. Head to your local garden store, double-check that their starters are neonicotinoid-free, and then explore the various and fascinating plant species that are local to where you live. The largest cultivated crop in the US is lawn grass. What if, in the midwest alone, those lawns were transformed into pollinator sanctuaries of beautiful prairie plants? Perhaps if you close your eyes and picture it, you might feel a twinge of hopefulness. Hang onto it! And talk to your neighbors about how you might transform your block.

We can also rethink what weed is. For example, the dandelion – the bane of so many gardeners – is both a medicinal food plant for humans and a pollen provider for rusty patch bees. And while dandelions are not native to North America, they can provide critical food and pollen when other food sources have yet to materialize. We need to focus less on aesthetics and more on relationship and reciprocity. Aside from dandelions, you can plant early-blooming perennials, and leave the early blooming weeds in the ground. 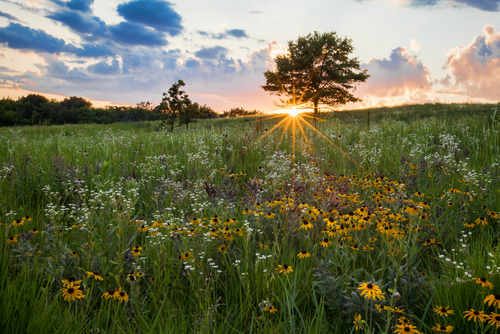 Even If You Don’t Have A Lawn

Many of us are not landowners in this time of harrowing wealth gaps. If this is the case, there are a lot of fun and empowering ways to distribute pollinator plants around where you live. Guerilla garden techniques such as seed balls and food forests are taking urban areas by storm. Find like-minded people in your area and get into some good trouble while also voting for leaders who share your concern for the environment.

If you discover a nest? Celebrate in a rare find and then leave it alone.

And consider going the extra mile – or should I say pile? Leave piles of weeds, brush, and sticks in areas of your yard undisturbed. These can be critical areas for queens to overwinter.

And finally, skip the pesticides and insecticides completely. Instead, engage with organic options and natural tactics to minimize threats to your garden.