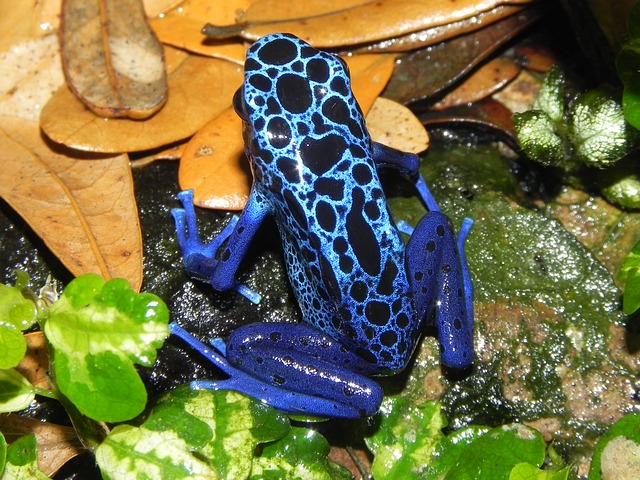 Sometimes, the cutest animals are the deadliest. Take the poison dart frog, for example. Members of this tiny, brightly colored family of frogs only measure 1.5 inches long as adults, but are some of the most poisonous animals on earth.

These frogs all belong to the family Dendrobatidae – which has 13 genera over 170 species. Native to the rainforests between Costa Rica and Brazil, their coloring can be black, white, red, gold, copper, green, blue, or yellow! Like all amphibians, they live their entire lives near water in to keep their skin moist and to breath.

Where Does the Poison Come From?

The toxin found on the skin of Dendrobatidae is a type of alkaloid – a class of nitrogen-containing compounds that have strong effects in humans. Scientists have long debated the source of the poison found on the frogs, but an article by the University of Chicago attempts to put this question to rest.

The current theory is that toxicity of poison dart frogs is actually “exogenous” –  meaning the amphibians don’t make the poison themselves. Instead, they obtain and concentrate the toxins – known as alkaloids – through their diet. The team calls this the ‘diet‐toxicity hypothesis.’

The organisms that the frogs eat – ants and other small arthropods – themselves consume a diet of plants, the ultimate source of the alkaloids. This hypothesis is further supported by the fact that poison dart frogs raised in captivity (and thus have their diet controlled) never develop their poison. 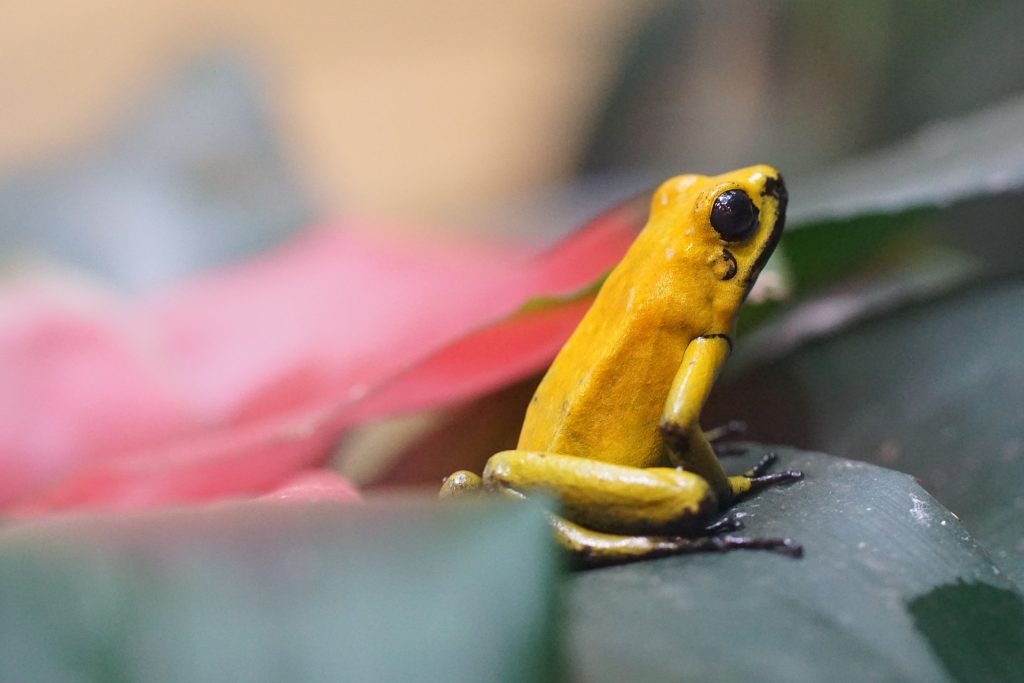 How Poisonous Are They?

Some poison dart frogs are safer than others to handle. Granular Poison Frog (Oophaga granulifera) poison can only be absorbed through the bloodstream or mouth, and low quantities of O. granulifera poison will likely only cause nausea and fever. This is not the case for the Golden Poison Frog (Phyllobates terribilis). This frog contains enough poison to kill ten grown men!

While poison dart frog toxin can be deadly to humans, they have at least one natural predator that is capable of safely eating them. One species of snake, the fire-bellied snake (Leimadophis epinephelus), has developed a resistance to the frogs’ poison. They may have enzymes capable of rendering the toxin harmless once it enters their system.

Why the Bright Colors?

Most members of Dendrobatidae are very recognizable due to their distinctive bright colors. But why do they look this way? The coloration of these frogs is a type of signaling. These signals are meant to grab a predator’s attention, and inform them that the frog is deadly to eat. This is the same concept as the bright, waving, poisonous spines of the lionfish or the contrasting black and white banding of a wasp. 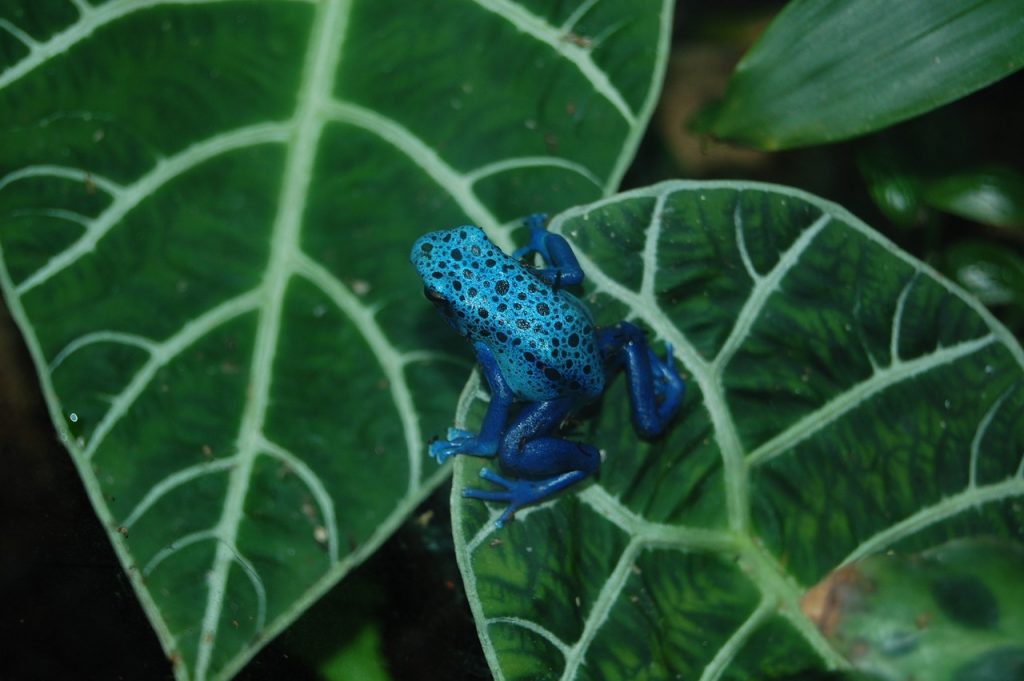 There are so many beautiful examples of poison dart frogs – let’s take a look at a few!

Dendrobatidae are more than just a family of colorful frogs. Humans have utilized their poison for a variety of purposes. Historically, the indigenous Embera Choco people of western Colombia have used the frogs’ poison to aid with their hunting and warfare. When the frogs are impaled and exposed to heat they “sweat” their poison out. This sweat can then be used to coat the tips of arrows or other weapons.

Scientists at Stanford University are interested in the utility of the golden poison dart frog’s poison for medical research, as well. The main toxin, batrachotoxin, causes some strange effects on a victim’s nervous system. Understanding how the poison spreads through the body could provide useful insight into how nerve impulses are conducted.

Frogs in Danger of Extinction

Several species of Dendrobatidae are on the brink of extinction due to human activity. The frogs can only survive in the rainforest, and habitat destruction is limiting the available territory for them to thrive. Many non-profits, like Save the Rainforest, work to end deforestation in the Amazon and Central America. This destruction of habitat not only threatens frogs like Dendrobatidae, but countless other species in the rainforest and biodiversity on planet Earth. Take a moment and consider supporting organizations that help save frogs and their home forests!