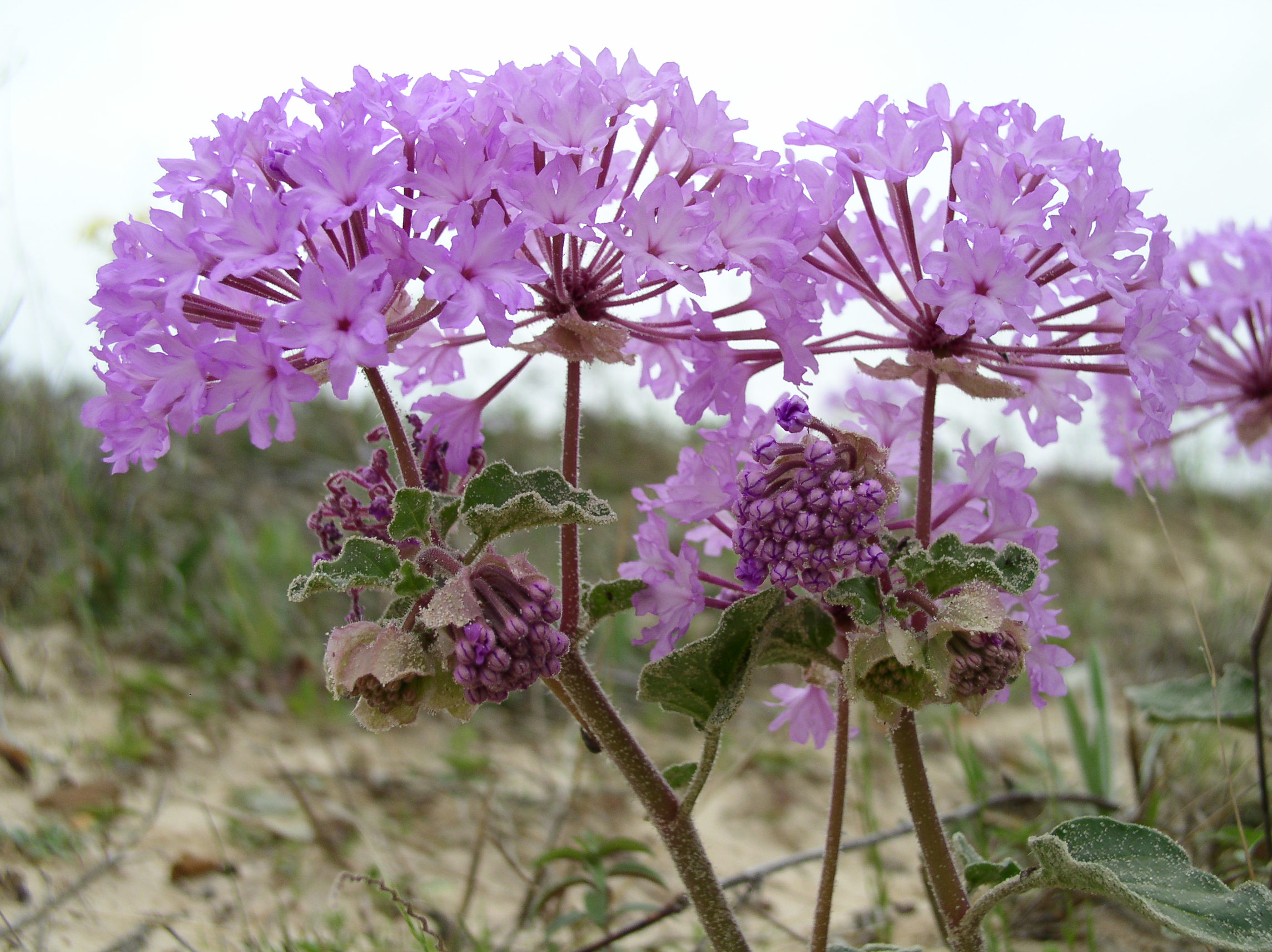 Abronia macrocarpa NatureServe Explorer Species Reports -- NatureServe Explorer is a source for authoritative conservation information on more than 50,000 plants, animals and ecological communtities of the U.S and Canada. NatureServe Explorer provides in-depth information on rare and endangered species, but includes common plants and animals too. NatureServe Explorer is a product of NatureServe in collaboration with the Natural Heritage Network. ITIS Reports -- ITIS (the Integrated Taxonomic Information System) is a source for authoritative taxonomic information on plants, animals, fungi, and microbes of North America and the world. Abronia macrocarpa is a perennial herb with a hairy, glandular stem growing up to half a meter tall. The glandular oval leaf blades are up to 5 centimeters long by 3.5 wide and are borne on relatively long petioles. The inflorescence is a cluster of up to 75 magenta or light purple flowers each up to 3 centimeters long. The tubular, strongly fragrant flowers open at dusk and are pollinated by moths. The winged fruit is up to 1.5 centimeters long. It is dispersed by wind. Its natural habitat is sandy soils with little other vegetation, often in openings of post-oak woodlands FWS Digital Media Library -- The U.S. Fish and Wildlife Service's National Digital Library is a searchable collection of selected images, historical artifacts, audio clips, publications, and video.

No critical habitat rules have been published for the Large-Fruited sand-verbena.
Back to full archive