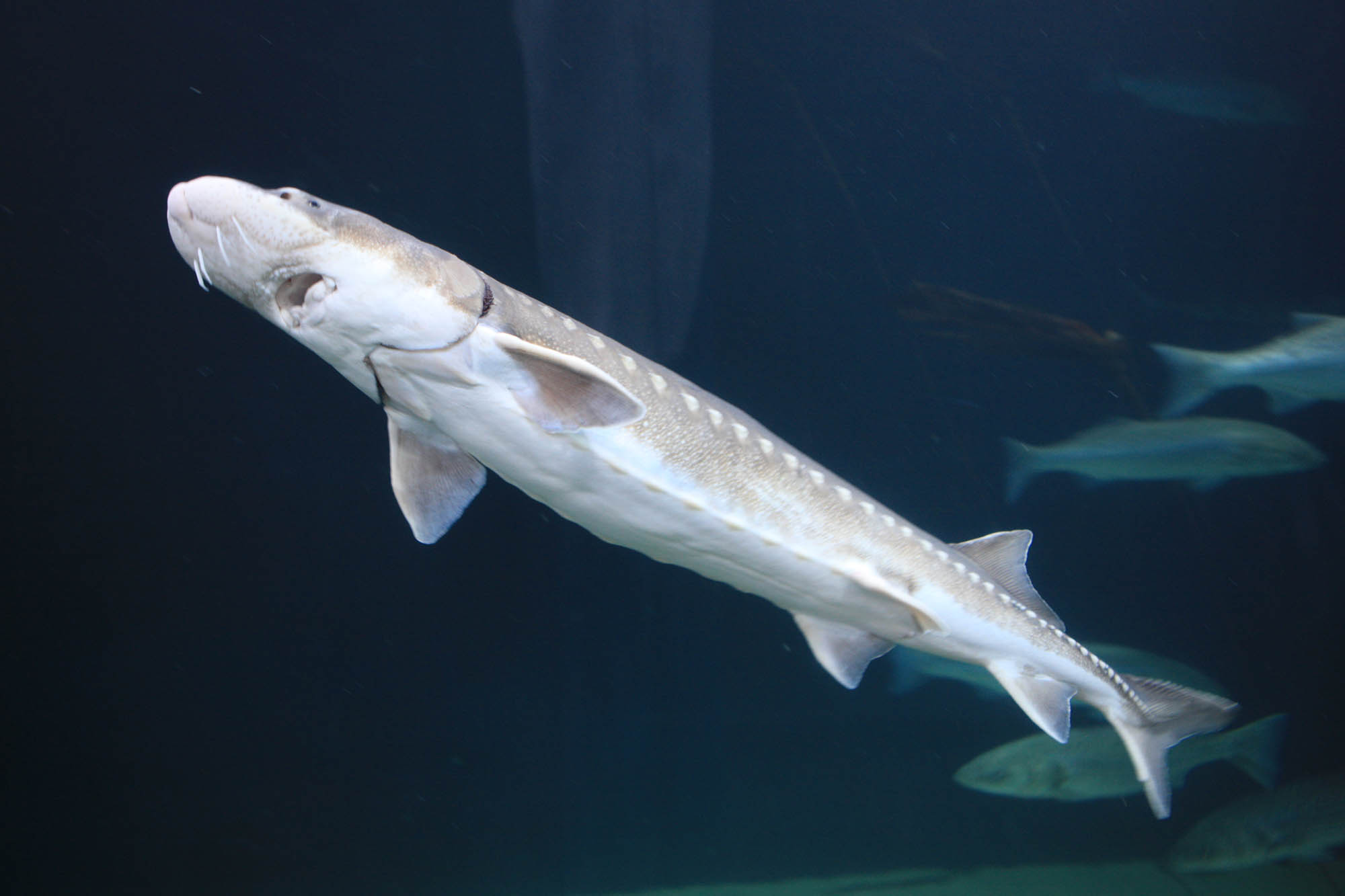 Acipenser transmontanus NatureServe Explorer Species Reports -- NatureServe Explorer is a source for authoritative conservation information on more than 50,000 plants, animals and ecological communtities of the U.S and Canada. NatureServe Explorer provides in-depth information on rare and endangered species, but includes common plants and animals too. NatureServe Explorer is a product of NatureServe in collaboration with the Natural Heritage Network. ITIS Reports -- ITIS (the Integrated Taxonomic Information System) is a source for authoritative taxonomic information on plants, animals, fungi, and microbes of North America and the world. FWS Digital Media Library -- The U.S. Fish and Wildlife Service's National Digital Library is a searchable collection of selected images, historical artifacts, audio clips, publications, and video.White sturgeon (Acipenser transmontanus) is a species of sturgeon in the family Acipenseridae of the order Acipenseriformes. They are an anadromous fish species ranging in the Eastern Pacific; from the Gulf of Alaska to Monterey, California. However, some are landlocked in the Columbia River Drainage, Montana, and Lake Shasta in California, with reported sightings in northern Baja California, Mexico.Actinopterygii (ray-finned fishes) > Acipenseriformes (Sturgeons and paddlefishes) > Acipenseridae (Sturgeons) > Acipenserinae Etymology: : Latin, = sturgeon, 1853 (Ref. 45335); transmontanus: The specific name is derived from the Latin acipenser (sturgeon), trans (beyond), and montanus (mountain) (Ref. 27436).More on author: Richardson.