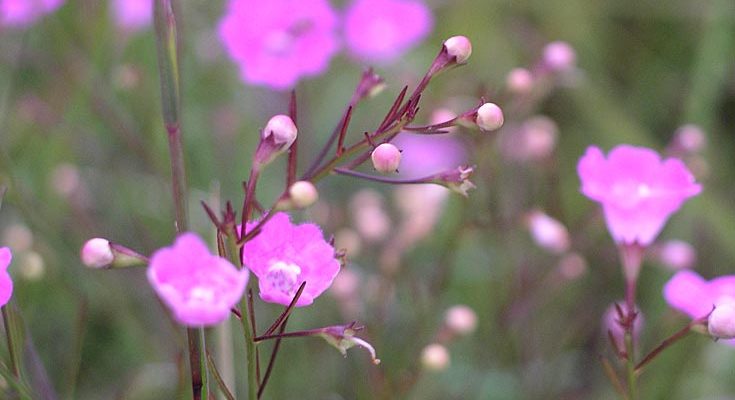 Agalinis acuta is an annual hemiparasitic plant native to Maryland, Massachusetts, Rhode Island, Connecticut, and Long Island, New York. Common names include sandplain gerardia and sandplain false foxglove. It is one of about 70 species that comprise genus Agalinis. It currently resides within the family Orobanchaceae, but historically was aligned with members of the Scrophulariaceae. This was one of several re-alignments that were the consequence of the disintegration of the Scrophulariaceae as the result of conclusions based on molecular phylogeny data from the chloroplast genome. While historically regarded as a separate species, molecular phylogenetic data indicates that Agalinis acuta should be consolidated as part of the species Agalinis decemloba.