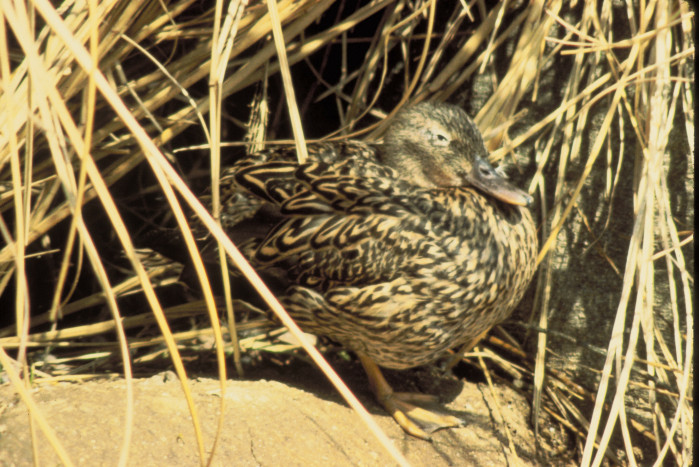 Anas wyvilliana NatureServe Explorer Species Reports -- NatureServe Explorer is a source for authoritative conservation information on more than 50,000 plants, animals and ecological communtities of the U.S and Canada. NatureServe Explorer provides in-depth information on rare and endangered species, but includes common plants and animals too. NatureServe Explorer is a product of NatureServe in collaboration with the Natural Heritage Network. ITIS Reports -- Anas wyvilliana ITIS (the Integrated Taxonomic Information System) is a source for authoritative taxonomic information on plants, animals, fungi, and microbes of North America and the world. FWS Digital Media Library -- The U.S. Fish and Wildlife Service's National Digital Library is a searchable collection of selected images, historical artifacts, audio clips, publications, and video. The Hawaiian duck or koloa is a species of bird in the family Anatidae that is endemic to the large islands of Hawaiʻi. Taxonomically, the koloa is closely allied with the mallard. It differs in that it is monochromatic and non-migratory. As with many duck species in the genus Anas, Hawaiian duck and mallards can interbreed and produce viable offspring, and the koloa has previously been considered an island subspecies of the mallard. However, all major authorities now consider this form to be a distinct species within the mallard complex. Recent analyses indicate that this is a distinct species that arose through ancient hybridization between mallard and Laysan duck

No critical habitat rules have been published for the Hawaiian Duck.
Back to full archive