Bird populations in the US and Canada have dropped by 29 percent in 50 years • Earth.com 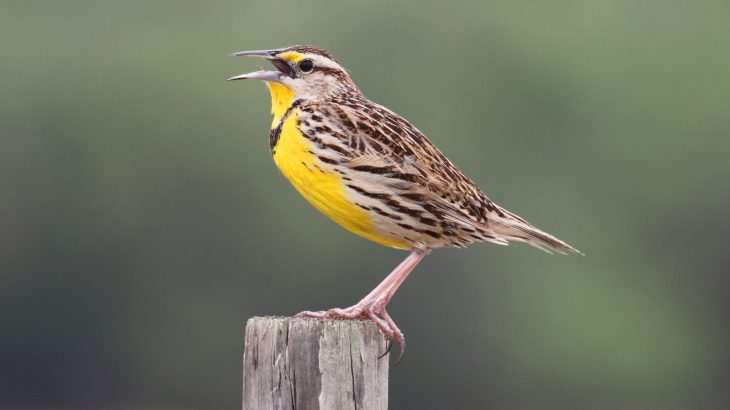 According to a new study from the Cornell Lab of Ornithology and the American Bird Conservatory, bird populations in both the United States and Canada have declined 29% (about 3 billion birds) since 1970, thus signaling an ecological crisis.

“Multiple, independent lines of evidence show a massive reduction in the abundance of birds,” said lead author Ken Rosenberg, a senior scientist at the Cornell Lab of Ornithology and American Bird Conservancy. “We expected to see continuing declines of threatened species. But for the first time, the results also showed pervasive losses among common birds across all habitats, including backyard birds.”

Of the nearly 3 billion birds lost, 90% belong to 12 bird families, including sparrows, warblers, finches, and swallows. And since 1970, grassland birds have experienced a 53% population decline, shore birds have lost a third of their population, and the volume of spring migration dropped by 14% in the last decade alone.

Because birds are indicators of environmental health, the researchers note that natural systems across North America are being devastated by human-led activity.

“These data are consistent with what we’re seeing elsewhere with other taxa showing massive declines, including insects and amphibians,” said coauthor Peter Marra, senior scientist emeritus and former head of the Smithsonian Migratory Bird Center, and current director of the Georgetown Environment Initiative. “It’s imperative to address immediate and ongoing threats, both because the domino effects can lead to the decay of ecosystems that humans depend on for our own health and livelihoods — and because people all over the world cherish birds in their own right. Can you imagine a world without birdsong?” 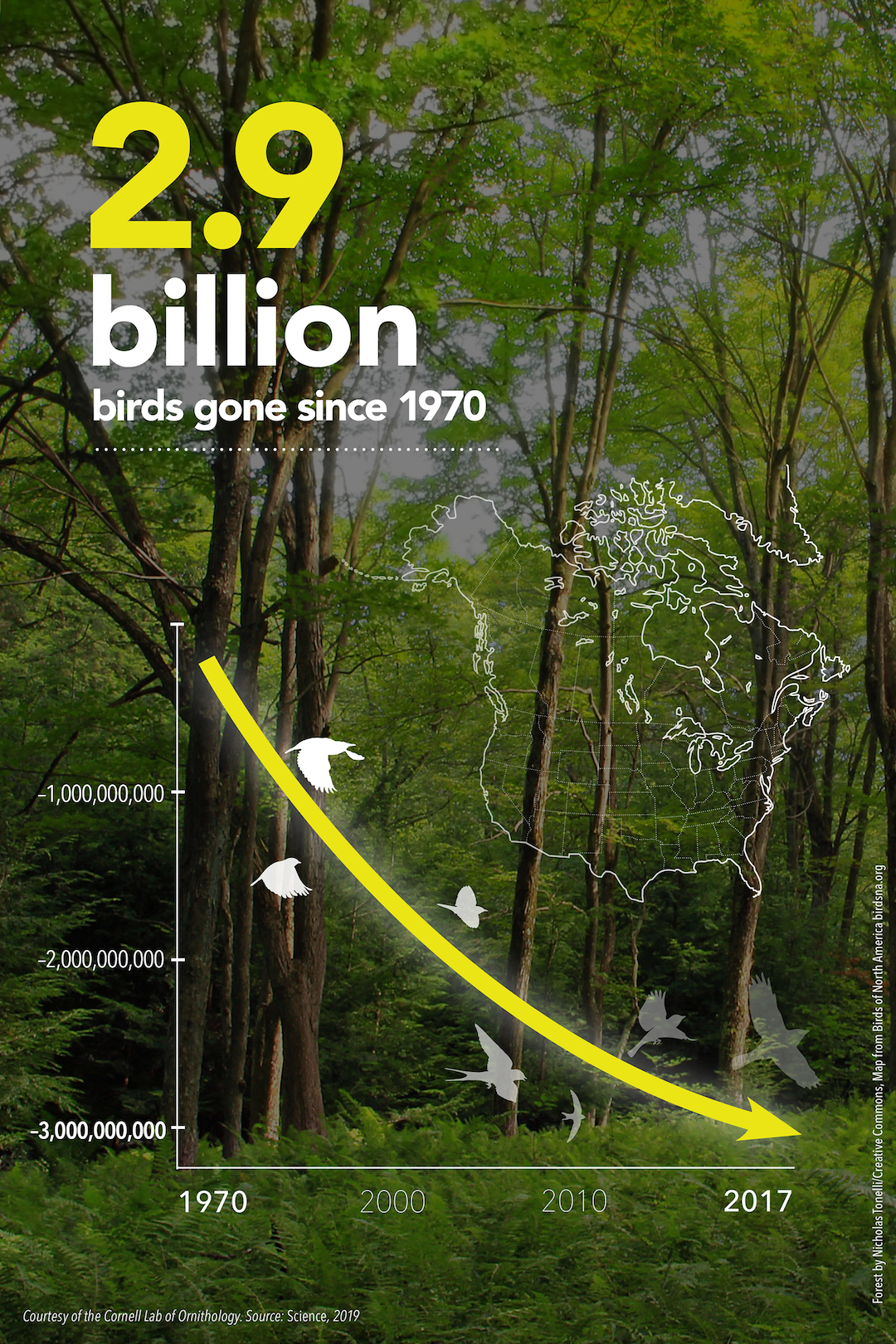 To come to these startling conclusions, experts used 143 NEXRAD weather radar stations located across North America to study migratory birds during a span of 10 years. They also used nearly 50 years’ worth of data collected through monitoring efforts on the ground to round out their study.

“Citizen-science participants contributed critical scientific data to show the international scale of losses of birds,” said coauthor John Sauer of the U.S. Geological Survey (USGS). “Our results also provide insights into actions we can take to reverse the declines.”

The study did not analyze the causes for such massive declines, however, it did note that the steep drop in North American birds parallels bird loss in other locations around the world, thus suggesting interacting causes that have reduced breeding and increased mortality.

Researchers posit that the largest factor driving declines is widespread loss and degradation of habitat, mostly caused by agricultural development and urbanization, but more research is needed to track down primary causes of decline for specific species.

“The story is not over,” said coauthor Michael Parr, president of American Bird Conservancy. “There are so many ways to help save birds. Some require policy decisions such as strengthening the Migratory Bird Treaty Act. We can also work to ban harmful pesticides and properly fund effective bird conservation programs. Each of us can make a difference with everyday actions that together can save the lives of millions of birds — actions like making windows safer for birds, keeping cats indoors, and protecting habitat.”

While some bird species have been on the decline, other bird species have made remarkable comebacks over the past half century. Waterfowl (ducks, geese, and swans) and raptors, including the Bald Eagle, have grown in numbers since investments in conservation were made along with financial investments in wetland protection and restoration, as well as the banning of DDT.

“It’s a wake-up call that we’ve lost more than a quarter of our birds in the U.S. and Canada,” said coauthor Adam Smith from Environment and Climate Change Canada. “But the crisis reaches far beyond our individual borders. Many of the birds that breed in Canadian backyards migrate through or spend the winter in the U.S. and places farther south — from Mexico and the Caribbean to Central and South America. What our birds need now is an historic, hemispheric effort that unites people and organizations with one common goal: bringing our birds back.”

This study is published in Science.