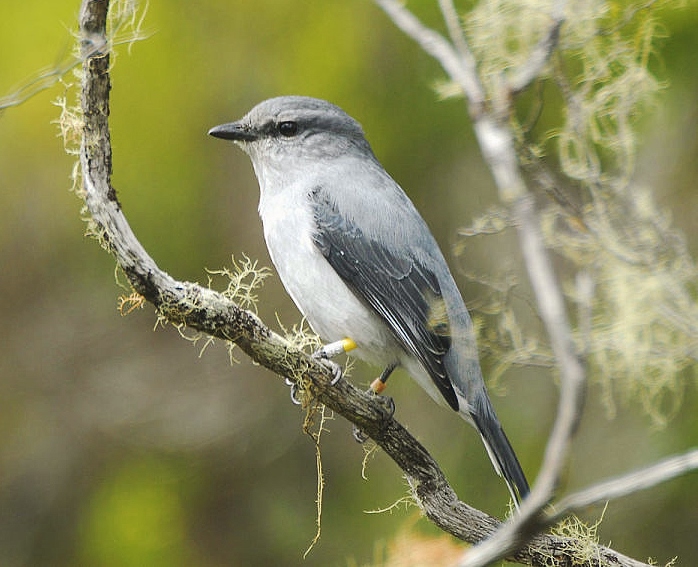 Genyornis newtoni was the last of the large, flightless mihirungs ('thunder birds') endemic to Australia. It was a heavily built bird over 2 metres tall, with tiny wings and massive hind legs. Fossils of Genyornis have been found in association with human artifacts, including cave paintings and carved footprints, and Genyornis must have co-existed with humans for a considerable amount of time (at least 15,000 years).

No recovery information is available for the Reunion cuckoo-shrike.
Back to full archive