Lake St. Clair of the U.S. and Canada 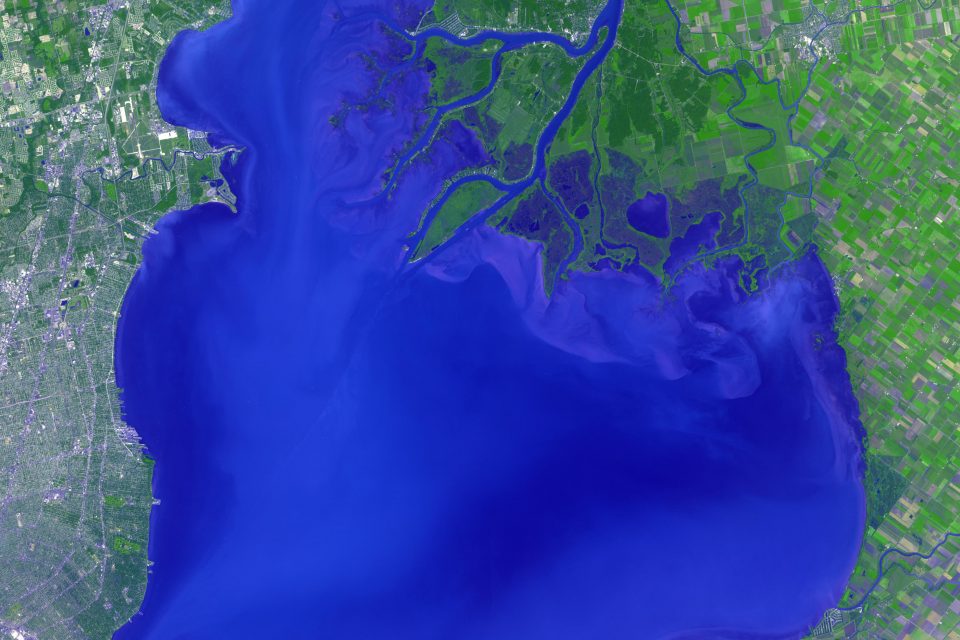 Lake St. Clair of the U.S. and Canada Today’s Image of the Day from NASA features Lake St. Clair, which connects Lake Huron to Lake Erie through the St. Clair and Detroit rivers.

The lake covers an area of about 425 square miles, and has an average depth of 3.5 meters. The United States and Canada both have a deep shipping channel through the lake.

Canada is a country in the northern part of North America. Its ten provinces and three territories extend from the Atlantic to the Pacific and northward into the Arctic Ocean, covering 9.98 million square kilometres (3.85 million square miles), making it the world’s second-largest country by total area. Its southern border with the United States, stretching some 8,891 kilometres (5,525 mi), is the world’s longest bi-national land border. Canada’s capital is Ottawa, and its three largest metropolitan areas are Toronto, Montreal, and Vancouver. Lake St. Clair of the U.S. and Canada also there as shown above in image.
As a whole, Canada is sparsely populated, with most of its land area dominated by forest and tundra. Its population is highly urbanized, with over 80 percent of its inhabitants concentrated in large and medium-sized cities, and 70 percent residing within 100 kilometres (62 mi) of the southern border. Canada’s climate varies widely across its vast area, ranging from Arctic climate in the north to hot summers in the southern regions, with four distinct seasons.