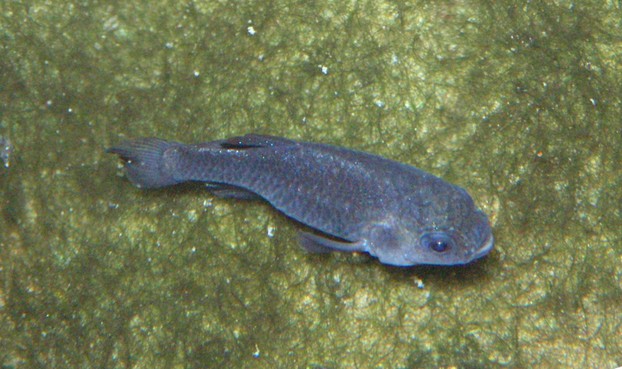 Cyprinodon diabolis NatureServe Explorer Species Reports -- NatureServe Explorer is a source for authoritative conservation information on more than 50,000 plants, animals and ecological communtities of the U.S and Canada. NatureServe Explorer provides in-depth information on rare and endangered species, but includes common plants and animals too. NatureServe Explorer is a product of NatureServe in collaboration with the Natural Heritage Network. ITIS Reports -- ITIS (the Integrated Taxonomic Information System) is a source for authoritative taxonomic information on plants, animals, fungi, and microbes of North America and the world. FWS Digital Media Library -- The U.S. Fish and Wildlife Service's National Digital Library is a searchable collection of selected images, historical artifacts, audio clips, publications, and video.The Devils Hole pupfish is a critically endangered species of the family Cyprinodontidae found only in Devils Hole, a water-filled cavern in the US state of Nevada. It was first described as a species in 1930 and is most closely related to C. nevadensis and the Death Valley pupfish. The age of the species is unknown, with differing analyses offering ranges between one thousand and sixty thousand years. It is a small fish, with maximum lengths of up to 30 mm. Individuals vary in coloration based on age and sex: males are bright metallic blue while females and juveniles are more yellow. A defining trait of this species is its lack of pelvic fins. The pupfish consume nearly every available food resource at Devils Hole

No critical habitat rules have been published for the Devils Hole pupfish.
Back to full archive