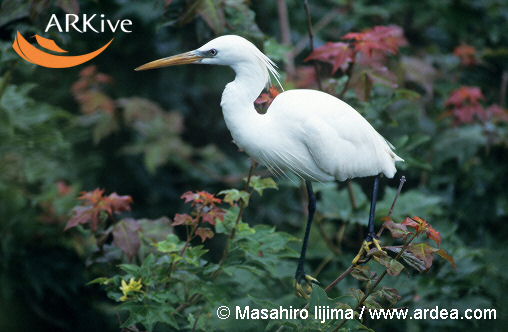 Egretta eulophotes NatureServe Explorer Species Reports -- NatureServe Explorer is a source for authoritative conservation information on more than 50,000 plants, animals and ecological communtities of the U.S and Canada. NatureServe Explorer provides in-depth information on rare and endangered species, but includes common plants and animals too. NatureServe Explorer is a product of NatureServe in collaboration with the Natural Heritage Network. ITIS Reports -- Egretta eulophotes ITIS (the Integrated Taxonomic Information System) is a source for authoritative taxonomic information on plants, animals, fungi, and microbes of North America and the world. FWS Digital Media Library -- The U.S. Fish and Wildlife Service's National Digital Library is a searchable collection of selected images, historical artifacts, audio clips, publications, and video.The Chinese egret averages 68 cm in height. The plumage is white throughout the bird's life and resembles the little egret (Egretta garzetta). Outside the breeding season the bill is dusky with the basal portion being tannish peach and the lores and legs yellow green, while the iris is yellow. All individuals are similar in this season. In the breeding season the adults develop a luxuriant crest which is sometimes over 11 cm long. It also develops long lanceolate plumes on its breast and dorsal plumes extending beyond the tail, called aigrettes and similar to those of little egret. The bare parts change too, the bill becomes a bright, almost orange, yellow while the lores turn bright blue and the legs black with yellow feet

No recovery information is available for the Chinese egret.
Back to full archive