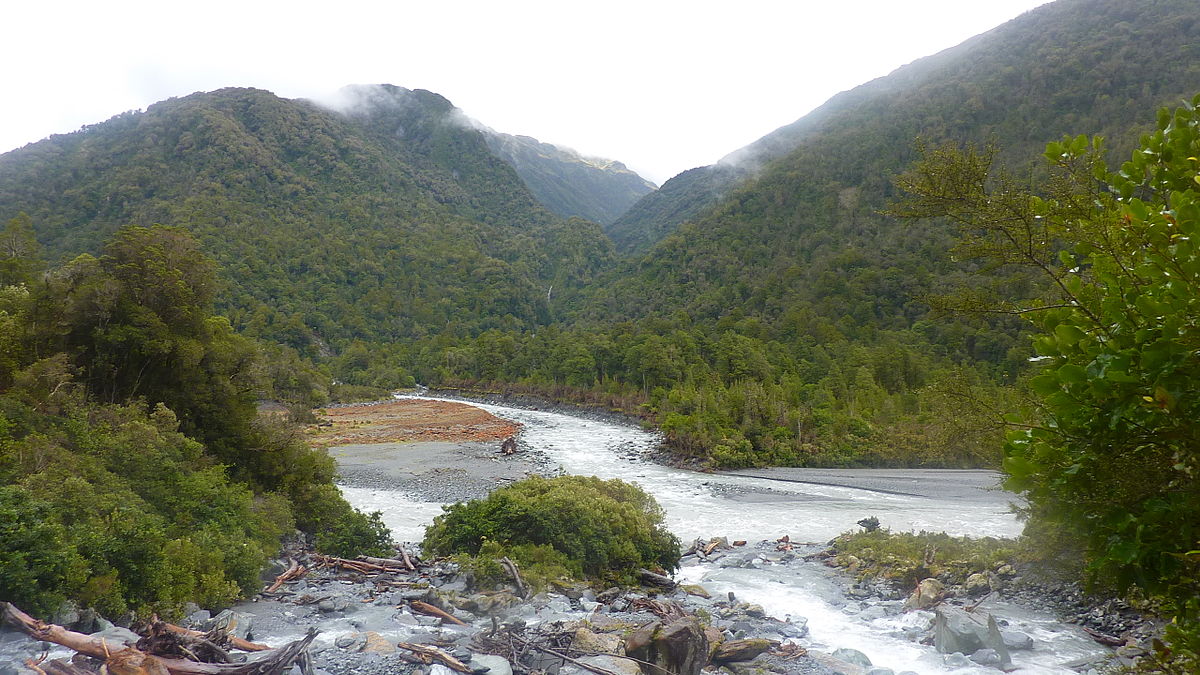 This river flows east for 9 km before it joins with the Whitcombe River. Rainfall over the body of water averages 11,516 mm a year.

The Cropp River is a river of New Zealand. It flows east for 9 kilometres (6 mi) before joining the Whitcombe River, a tributary of the Hokitika River.

The Cropp river area is amongst the top 5 highest, annual, average rainfall areas in the world

New Zealand (Māori: Aotearoa [aɔˈtɛaɾɔa]) is a sovereign island country in the southwestern Pacific Ocean. The country has two main landmasses—the North Island (Te Ika-a-Māui), and the South Island (Te Waipounamu)—and around 600 smaller islands. It has a total land area of 268,000 square kilometres (103,500 sq mi). New Zealand is about 2,000 kilometres (1,200 mi) east of Australia across the Tasman Sea and 1,000 kilometres (600 mi) south of the Pacific island areas of New Caledonia, Fiji, and Tonga. Because of its remoteness.