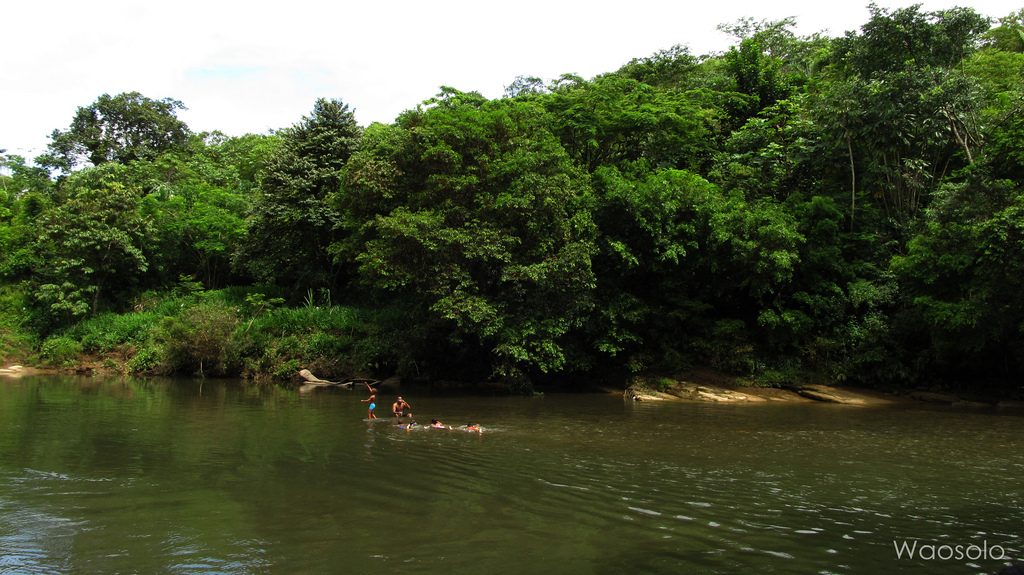 Tutendo, Colombia This city in the north western region of Colombia, South America has a population of less than 1,000 people and is the third wettest place on earth with an average rainfall of 11,770 mm a year.

Colombia (/kəˈlʌmbiə/ (listen) kə-LUM-bee-ə, /-ˈlɒm-/ -⁠LOM-; Spanish: [koˈlombja] (listen)), officially the Republic of Colombia (Spanish: República de Colombia (help·info)), is a country largely situated in the north of South America, with land and territories in North America. Colombia is bounded on the north by the Caribbean Sea, the northwest by Panama, the south by both Ecuador and Peru, the east by Venezuela, the southeast by Brazil, and the west by the Pacific. It comprises thirty-two departments, with the capital in Bogotá.

Colombia is ethnically and linguistically diverse, with its rich cultural heritage reflecting influences by various Amerindian civilizations, European settlement, forced African labor, and immigration from Europe and the greater Middle East. Urban centres are concentrated in the Andean highlands and the Caribbean coast. Also Tutendo, Colombia is a beautiful lush green destination. Colombia has been inhabited by various American Indian peoples since at least 12,000 BCE, including the Muisca, Quimbaya, and the Tairona. Therefore making it an ancient spot with a lot of history behind it.