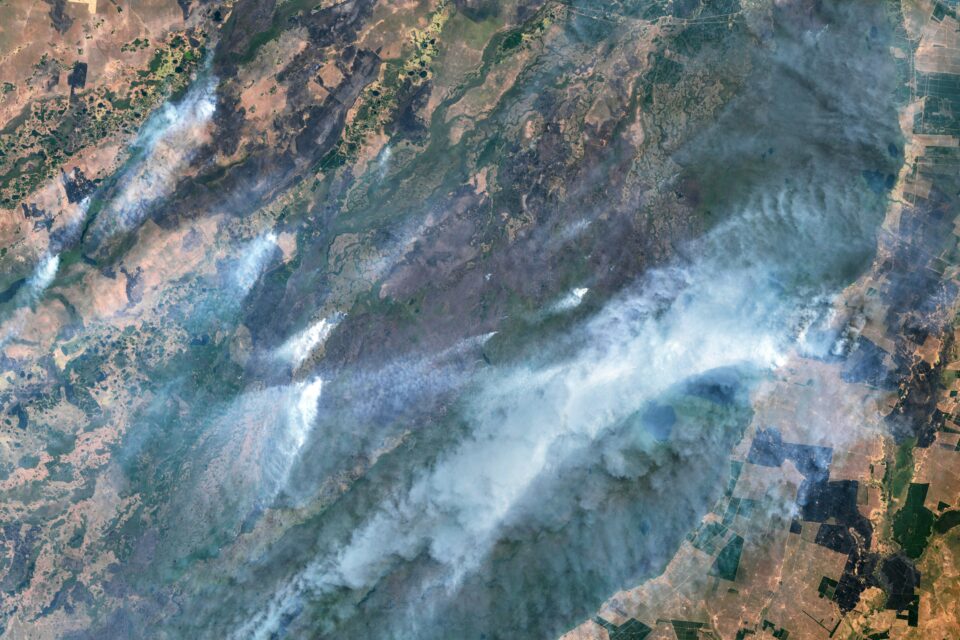 Today’s Image of the Day from NASA Earth Observatory shows the shocking extent of wildfires in Corrientes Province, Argentina. The fires have burned at least 1,282,476 acres, including more than 120,000 acres of Ibera National Park.

“Amidst a record-setting heatwave and ongoing drought, northeastern Argentina has been experiencing widespread wildfires,” reports NASA. “In late January 2022, more than a thousand fires were burning around Corrientes province, a predominantly rural and agricultural region that has seen little to no rain in two months.”

Fires have been popping up across Argentina since December. Wildlife, livestock, pastures, and crop fields have all been destroyed by fire. The governor of Corrientes has declared a state of emergency and an agricultural disaster.

“The fires are advancing by leaps and bounds and have already burned tens of thousands of hectares, turning the fields into a line of fire that is almost impossible to control,” the Agricultural Entities Liaison Commission said in a statement.

On February 7, 2022, the National Institute of Agricultural Technology (INTA) reported that the fires have affected roughly six percent of the province, which lies between the Paraná and Uruguay rivers.

The image was captured near Iberá National Park on February 16, 2022 by the Operational Land Imager-2 (OLI-2) on Landsat 9.