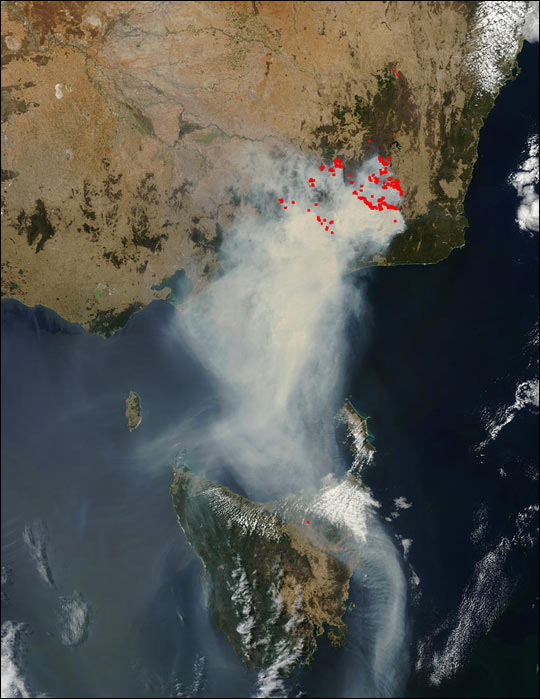 The smoke Bushfires Raging in Southeast Australia plume from the southeast Australia. Also was 300 kilometers (186 miles) wide in places and more than 877 kilometers (545 miles) long on February 4, 2003. Fires have been burning out of control in the region for several weeks. Therefore even invading urban areas such as Canberra, the nation’s capital. This true-color Moderate Resolution Imaging Spectroradiometer (MODIS) image was captured by the Aqua satellite.
The high-resolution image provided above is 500 meters per pixel. The MODIS Rapid Response System provides this image at MODIS’ maximum spatial resolution of 250 meters.

It is a dry area of low hills and valleys. Therefore which the southern section is the wheat-growing plain known as the Riverina. Also the northern section is low hills and plains mostly used for grazing sheep running north to the plains of the Darling River basin and the New South Wales.

Queensland border. Rivers of the savanna include the Murray River and the Murrumbidgee in the south and the Darling River in the north. Rainfall is low and irregular, from 300–500 mm per year becoming less the further westward and inland you go. Also Bushfires Raging in Southeast Australia