Dust storm across the Taklimakan desert 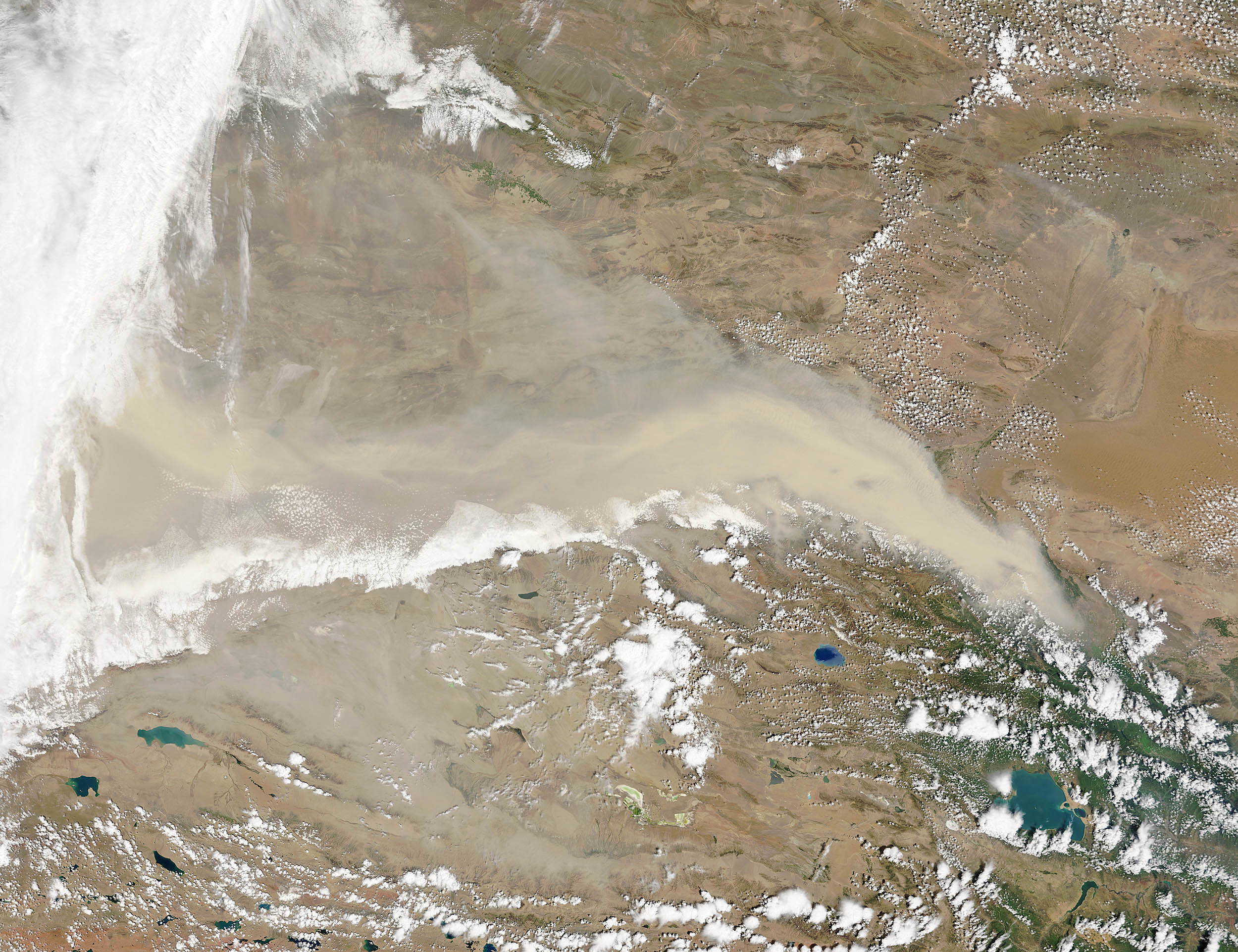 The Taklimakan desert is one of the driest, most barren expanses on Earth. Flanked by mountain ranges on three sides and parched by the resulting rain shadow, parts of the desert receive no more than 10 millimeters (0.4 inches) of rain per year. With so little rain, plant life is scarce. And with so little vegetation to hold the soil in place, 85 percent of the Taklimakan consists of sand dunes.

The final ingredient for the frequent dust storms that blow through the region are northwesterly winds, which tend to rake the desert in the spring and summer. The Moderate Resolution Imaging Spectroradiometer (MODIS) on the Terra satellite began to detect winds lofting sand from the Taklimakan on July 30, and large amounts of dust were visible on August 1, 2016.

MODIS captured a natural-color image (above) of a thick plume of Taklimakan dust drifting over Gansu province on August 3, 2016. Notice how the Altun and Qilian mountain ranges kept the relatively narrow plume contained within the valley to the north.

Many observers are concerned that the combined effects of widespread livestock grazing, over-cultivation of marginal land, deforestation, intensive use of water resources, and climate change are causing deserts to spread at increasing rates in northern China. Indeed, one study found that the amount of northern Chinese grasslands transitioning into desert each year increased from 1,500 square kilometers per year in the 1950s to 3,600 square kilometers in 2010.

To combat the spread of deserts, Chinese authorities have launched a massive campaign to establish forests along the edges of the Taklimakan and Gobi deserts. Called the Three-North Shelter Belt, or Great Green Wall, it may be the most ambitious tree-planting project in the world. Since the effort began in 1978, more than 66 billion trees have been planted; the aim is to plant 100 billion by 2050.

Though many saplings die before reaching maturity, and some ecologists worry about the use of non-native species and the long-term viability of the project, tree cover has reportedly increased from about 5 percent to 12 percent. And there is some evidence that the new greenery may be reducing the impact of dust storms in the region. A study published in 2014 found that the intensity of dust storms had decreased continuously since 1971—a change the authors attribute to the trees.