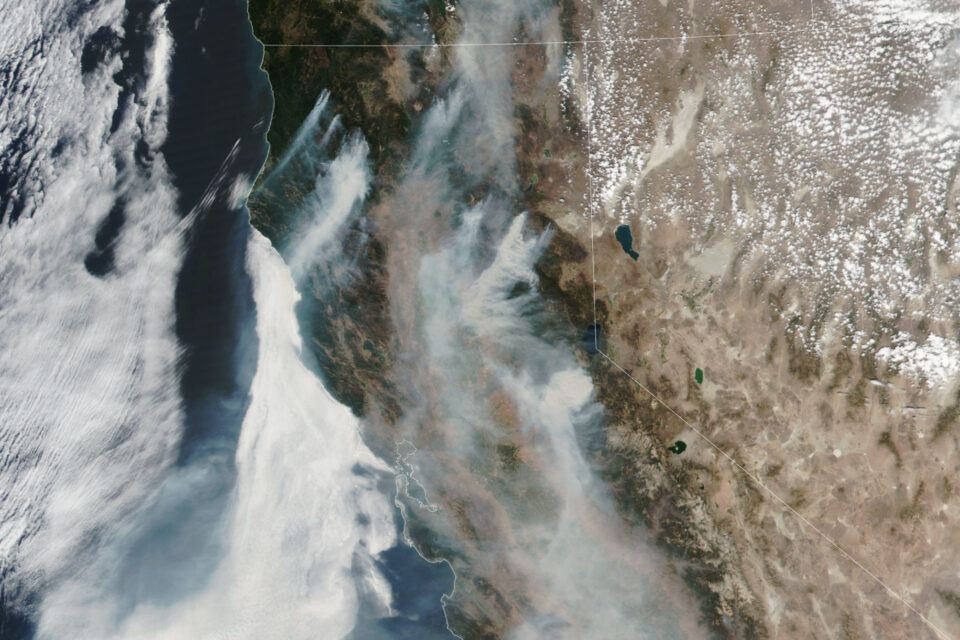 Today’s Image of the Day from NASA Earth Observatory shows heavy smoke streaming from wildfires in California, where air quality alerts have been issued in Sacramento and San Francisco.

According to NASA, bouts of unusually warm weather have helped sustain several major fires in northern California for much of August, even though the worst of the state’s fire season does not usually arrive until fall.

The Dixie fire has become the second largest fire in California’s recorded history, destroying hundreds of homes. The fire managed to cross the crest of the Sierra Nevada mountains, which is something firefighters have never seen before.

East of Sacramento, the Caldor fire is one of the newest and most dangerous wildfires in California. Strong winds recently accelerated the fire, and thousands of people have been evacuated.

The image was captured on August 19, 2021 by the Visible Infrared Imaging Radiometer Suite (VIIRS) on the NOAA-NASA Suomi NPP satellite.