Extreme Rainfall In The Philippines 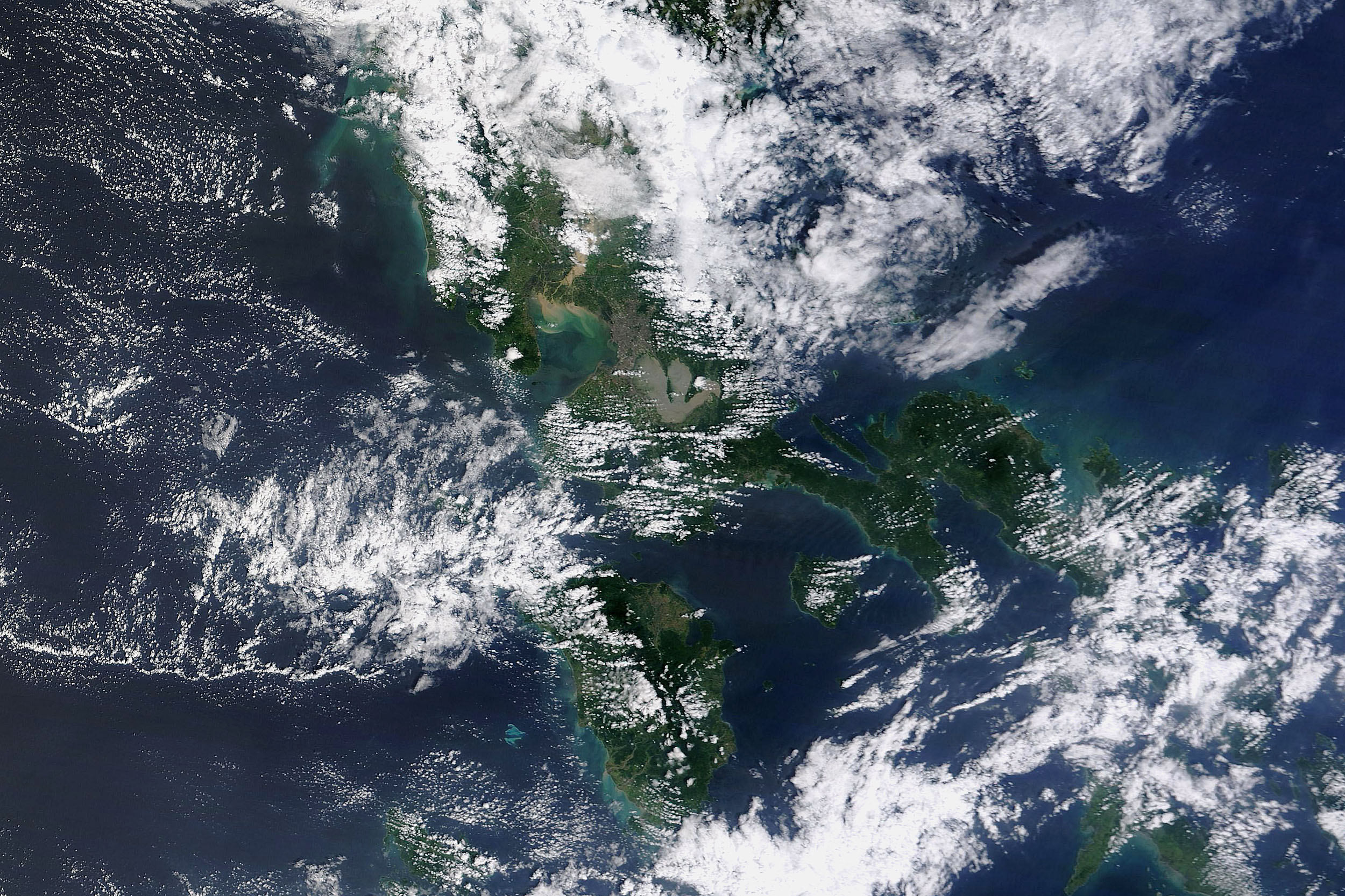 Extreme Rainfall In The Philippines In October 2015, Super Typhoon Koppu (Lando) brought extreme rainfall to the storm-weary nation of The Philippines. At least 22 people have been reported dead and hundreds of thousands have been displaced by floods and mudslides in the aftermath. The slow-moving storm dumped as much as a meter of rainwater in some areas. According to news reports, more than 200 villages in the farmland of northern Luzon island were under water.

The map above shows NASA’s estimates of the rainfall from October 16–21, 2015, over the western Pacific islands. These totals are regional, satellite-based estimates, so local totals reported by ground-based weather stations can be significantly higher or lower. The brightest colors on the map represent rainfall totals approaching 900 millimeters (35 inches) over the five days observed.

The rainfall data come from the Integrated Multi-Satellite Retrievals for GPM, or IMERG, a product of the Global Precipitation Measurement mission. IMERG pulls together precipitation estimates from passive microwave and infrared sensors on several satellites, as well as monthly surface precipitation gauge data, to provide precipitation estimates between 60 degrees North and South latitude. GPM is part of a partnership between NASA and the Japan Aerospace Exploration Agency, along with other national science agencies.

The natural-color image below was acquired on October 21, 2015 by the Moderate Resolution Imaging Spectroradiometer(MODIS) on NASA’s Terra satellite. It shows flooding along the Pampanga River as well as discolored waters where the muddy runoff flushed out into Manila Bay. The mountainous terrain of the island of Luzon often exacerbates the flooding and landslide hazards from storms.

The outer edges of Koppu began encroaching on The Philippines on October 16, and the category 4 super typhoon made landfall on the island of Luzon on October 18 with winds of 130 knots (150 miles or 240 kilometers per hour). The storm then slowly tracked northward, turning east again on October 20. As of October 21, the remnants of the storm were lingering just north of Luzon in the South China Sea. (Note: The storm is called Lando in The Philippines, which has its own naming system.)