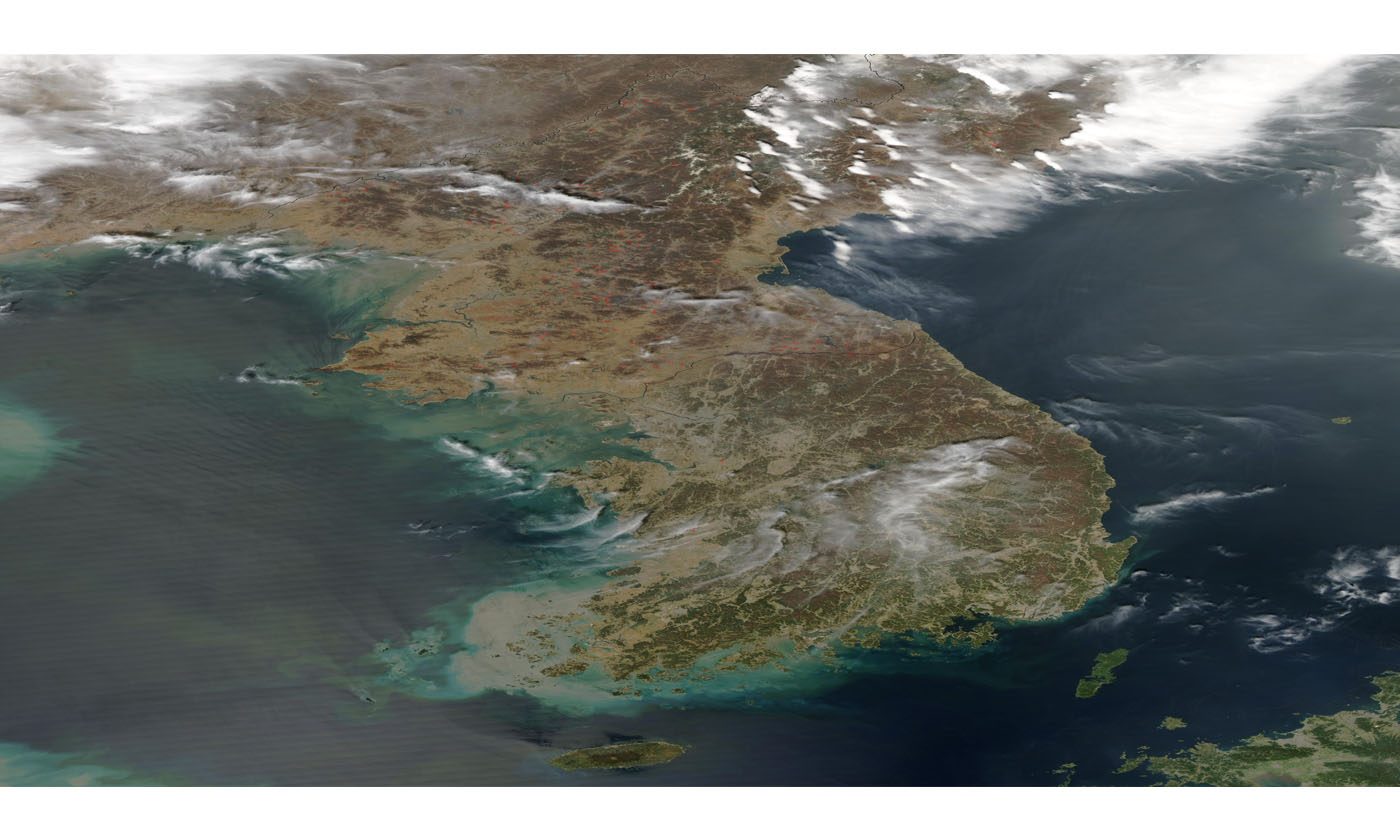 Fires (red dots) were burning in North Korea on April 16, 2003. To the west, ripples of dusty air flow over Korea Bay. This Moderate Resolution Imaging Spectroradiometer (MODIS) image is from the Aqua satellite.

North Korea officially describes itself as a “self-reliant” socialist state, and formally holds elections, though they have been described by outside observers as sham elections. Outside observers also generally view North Korea as a Stalinist totalitarian dictatorship, particularly noting the elaborate cult of personality around Kim Il-sung and his family. The Workers’ Party of Korea (WPK), led by a member of the ruling family,holds power in the state and leads the Democratic Front for the Reunification of the Fatherland of which all political officers are required to be members. Juche, an ideology of national self-reliance, was introduced into the constitution in 1972.

The means of production are owned by the state through state-run enterprises and collectivized farms. Most services such as healthcare, education, housing and food production are subsidized or state-funded. From 1994 to 1998, North Korea suffered a famine that resulted in the deaths of between 240,000 and 420,000 people, and the population continues to suffer malnutrition. North Korea follows Songun, or “military-first” policy. It is the country with the highest number of military and paramilitary personnel, with a total of 9,495,000 active, reserve and paramilitary personnel, or approximately 37% of its population. Its active duty army of 1.21 million is the fourth largest in the world, after China, the United States and India; consisting of 4.8% of its population. It possesses nuclear weapons.