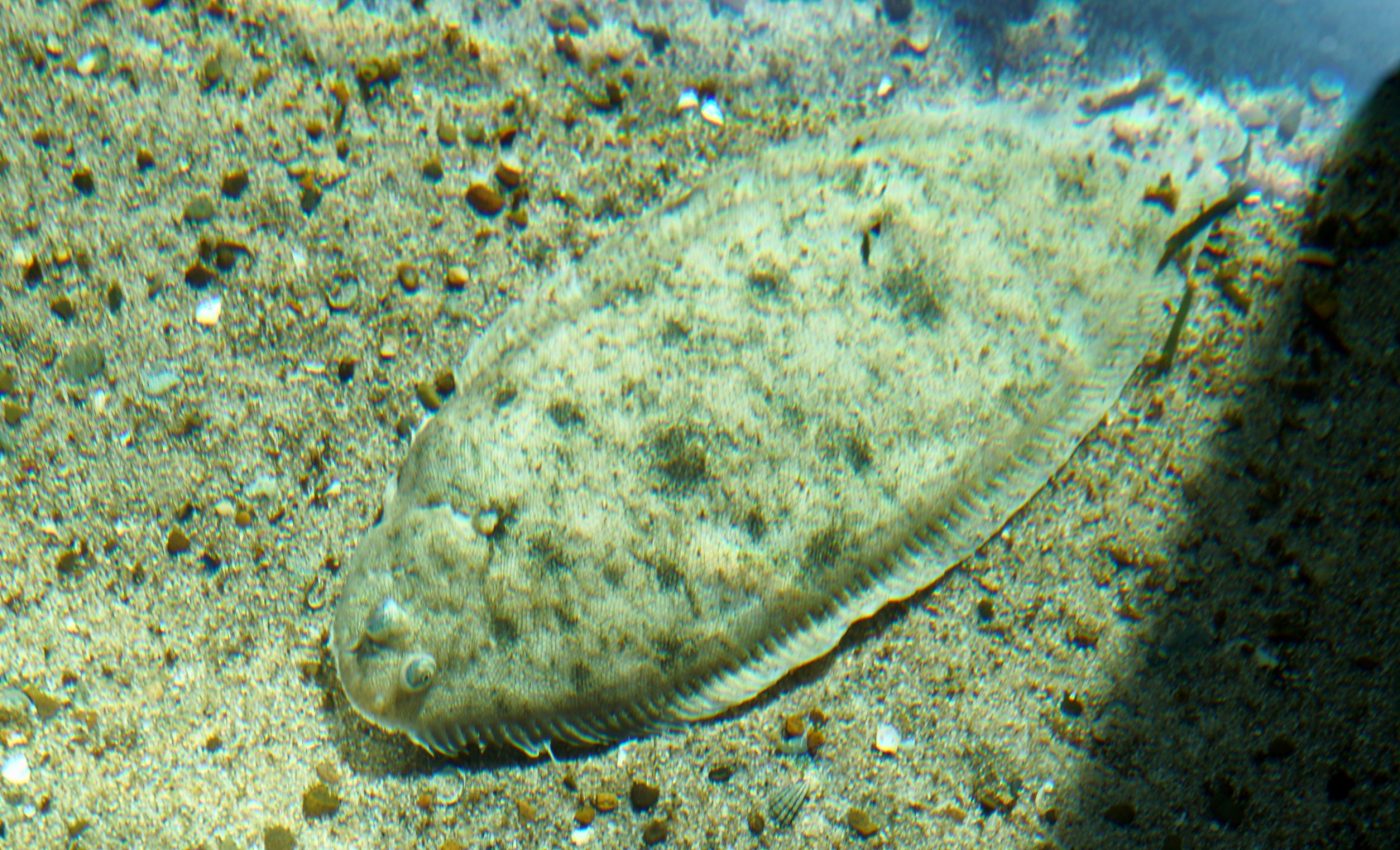 Flatfish (sole) were found in great numbers at Kasuga-1 and Daikoku volcanoes. Most of the fish in this image are < 10 cm (~4 in) long.

A flatfish (sole) is a member of the order Pleuronectiformes of ray-finned demersal fishes, also called the Heterosomata, sometimes classified as a suborder of Perciformes. In many species, both eyes lie on one side of the head, one or the other migrating through or around the head during development. Some species face their left sides upward, some face their right sides upward, and others face either side upward.

Many important food fish are in this order, including the flounders, soles, turbot, plaice, and halibut. Some flatfish can camouflage themselves on the ocean floor.