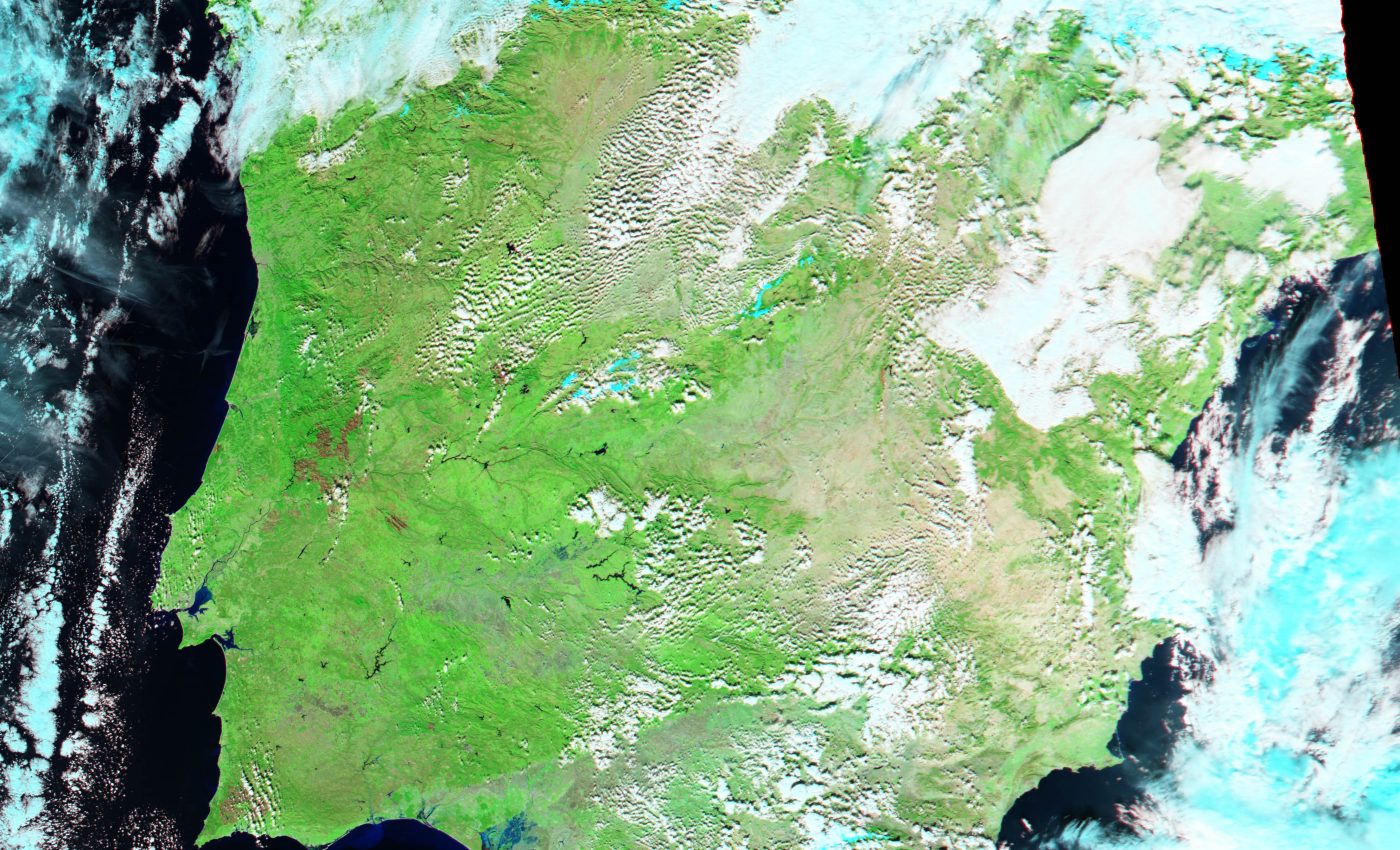 Floods in Southern Spain. Light blue pools of standing water show where the Guadalquiver River has overflowed into the Las Marismas marshlands in an annual flood event. Las Marismas in Southwestern Spain was once a bay of the Atlantic Ocean. Over thousands of year, the Guadalquiver River carried sand into the bay. The eventual accumulation blocked the entrance to the bay except for the small opening through which the river itself spills into the ocean. The bay dried into a vast, salty marshland, which is covered with reeds.

Until recently, the marshlands flooded annually. The floods were controlled as water was diverted from the Guadalquiver River for agriculture and drinking water, and Las Marismas began to dry. In 1990, the area became an UNESCO World Heritage Site. The Spanish government has begun efforts to preserve the marshlands by allowing the annual floods to continue. The former bay is now one of the more important natural areas in Southern Europe, particularly for migrating birds. Most notably, Las Marismas is home to a large flamingo population.

This false-color Moderate Resolution Imaging Spectroradiometer (MODIS) image pair shows Las Marismas on November 25, 2003 during the annual flood, and on September 12 before the floods began. In the flood image, taken by the Aqua satellite, lighter blue plumes along the coast show where sediment is spilling into the Atlantic Ocean. The preflood image was captured by the Terra satellite. The ancient Spanish city, Seville lies on the banks of the Guadalquivir River to the northeast of the marshlands, just beyond the area shown in these images.

The high-resolution images provided above are at MODIS maximum spatial resolution of 250 meters per pixel.