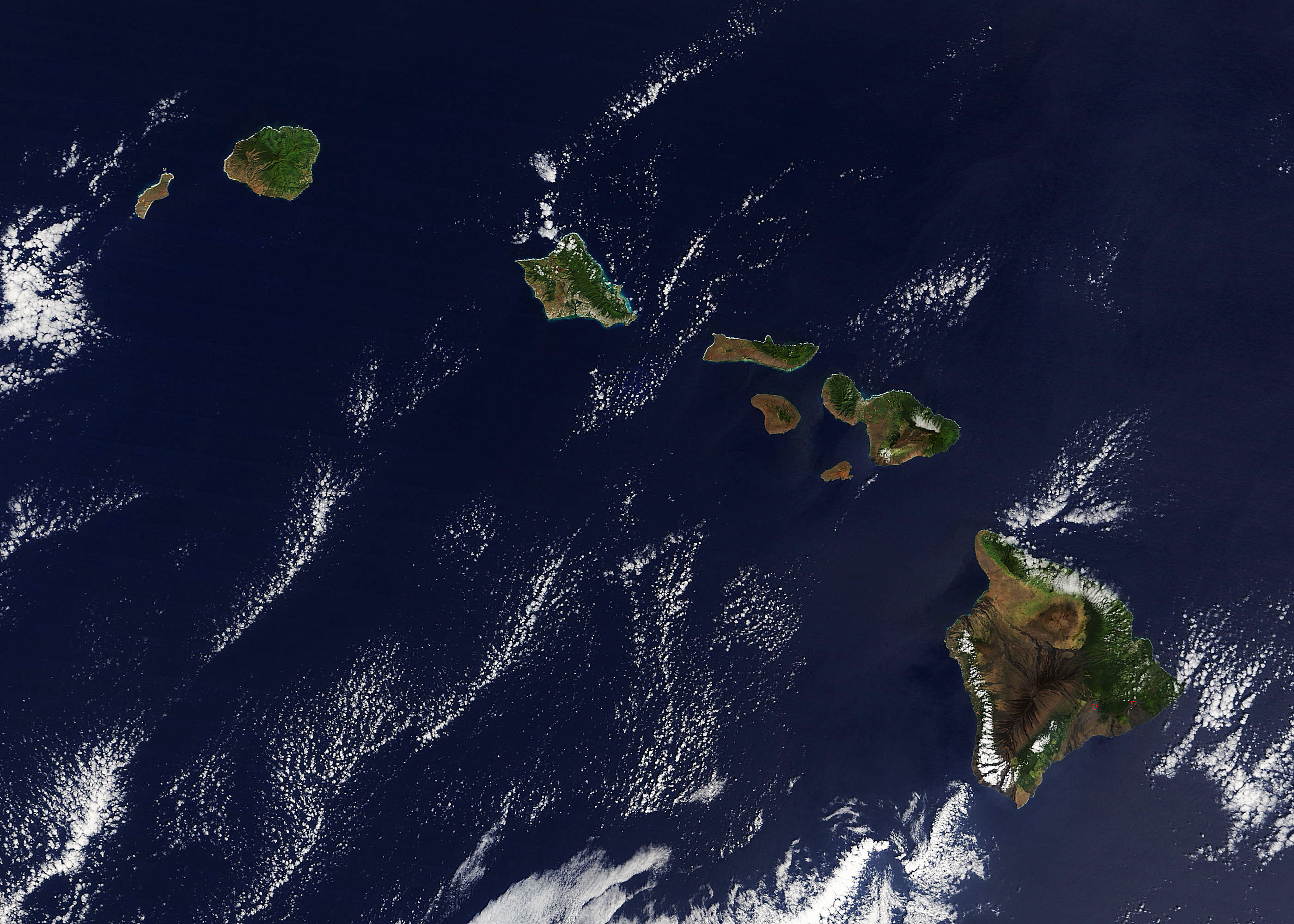 Hawaiian Archipelago On February 8, 2016 the Moderate Resolution Imaging Spectroradiometer (MODIS) flying aboard NASA’s Terra satellite flew over the North Pacific Ocean and captured a true-color image of one of the most isolated archipelagos in the world – Hawaii. According to the World Atlas, the island chain lies just a few degrees south of the Tropic of Capricorn, approximately 2,550 mils southwest of Los Angeles and about 3,900 miles southeast of Tokyo.

The Hawaiian archipelago was created when the Pacific Plate of the Earth’s crust slipped over a hot spot which lay underneath creating a long ridge of volcanic islands and seamounts running from the northwest to the southeast. Kauai, the northwestern most of Hawaii’s eight major islands, is the oldest island in the Hawaiian Ridge, with the Big Island (Hawaii) the youngest. Island creation continues to this day – an active submarine volcano, Loihi, lies off the southeast coast of the Big Island. It is expected to break the surface eventually – sometime in the next few hundred thousand years.

The islands seen in the image are, from northwest to southeast: Niihau, Kauai, Oahu, Molokai, Lanai, Maui, Kahoolawe, and Hawaii. The red hotspots on the island of Hawaii mark areas where thermal bands on the MODIS instrument detected high temperatures. In this case, the heat is coming from Kilauea, the island’s active volcano. Eruptions and lava flow continue at the summit of the volcano, as well as its eastern rift zone.