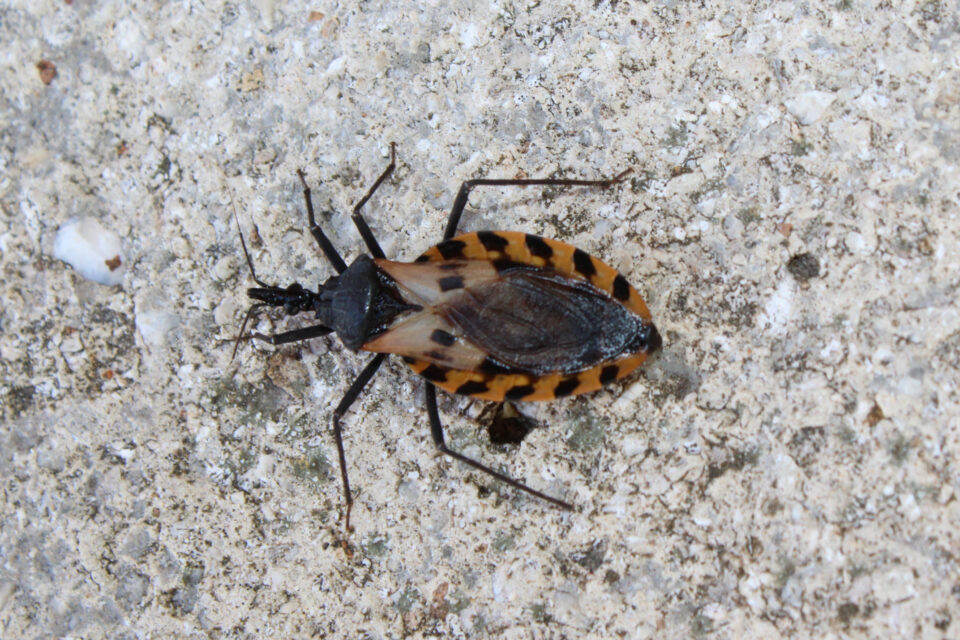 The members of theTriatominae are also known as conenose bugs, kissing bugs (so-called from their habit of feeding from around the mouths of people), or vampire bugs. In areas where Changas disease occurs (from the southern United States to northern Argentina), all triatomine species are potential vectors of the Chagas disease parasite Trypanosoma cruzi. Also, proteins released from their bites have been known to induce anaphylaxis in sensitive and sensitized individuals.  Photo Credit: Vanessa Becker-Miller