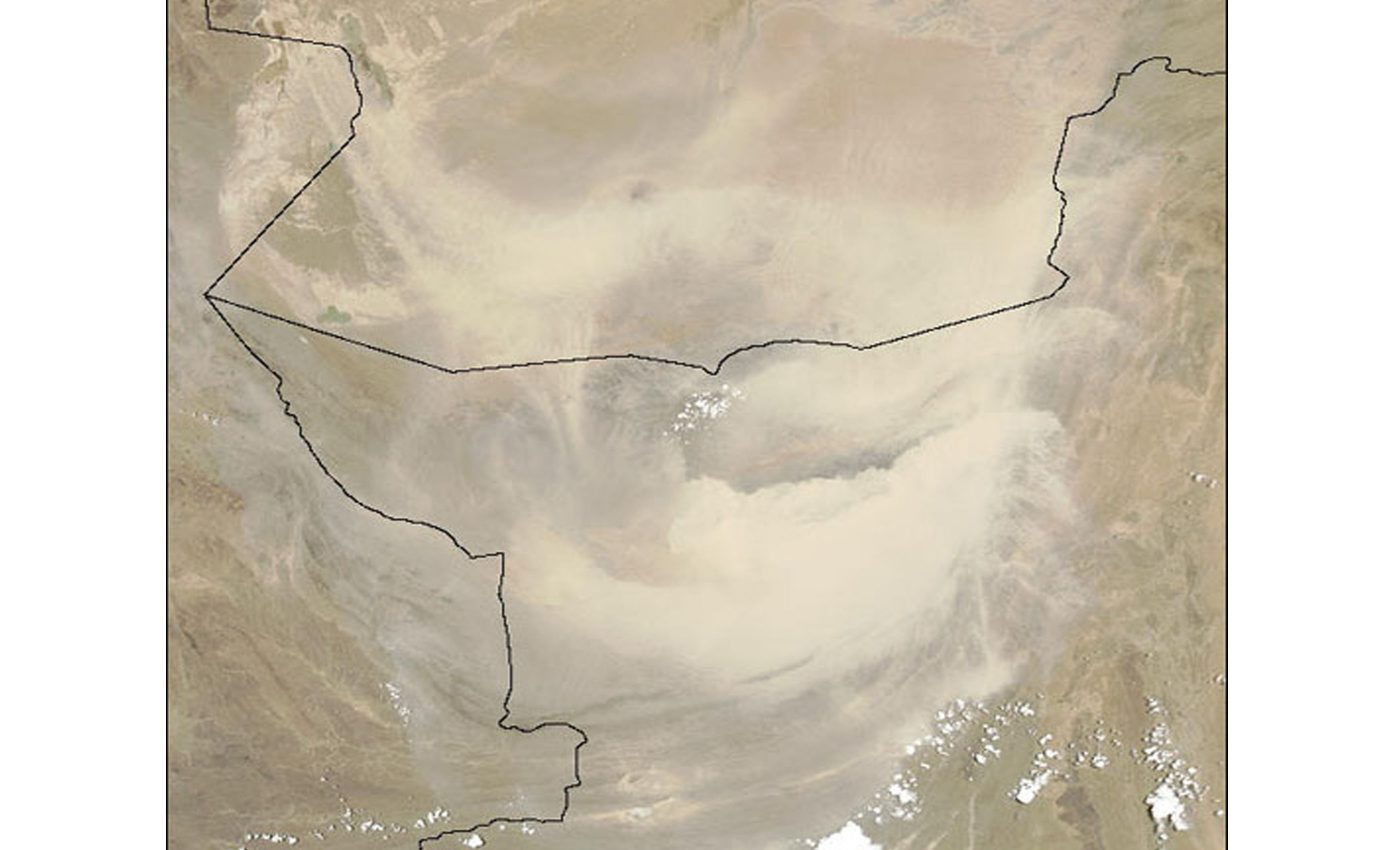 This true-color image centered over southwestern Pakistan shows a massive dust storm (tan pixels) filling the skies over much of the region. The black lines indicate Pakistan’s borders with its neighbors Iran, to the west, and Afghanistan, to the north. The bright white patches are clouds.
This image was acquired on June 7, 2003, by the Moderate Resolution Imaging Spectroradiometer (MODIS) on the Aqua satellite. The high-resolution image provided above is 500 meters per pixel. The MODIS Rapid Response System provides this image at MODIS’ maximum spatial resolution of 250 meters.

The territory that now constitutes Pakistan was the site of several ancient cultures and intertwined with the history of the broader Indian subcontinent. The ancient history involves the Neolithic site of Mehrgarh and the Bronze Age Indus Valley Civilisation, and was later home to kingdoms ruled by people of different faiths and cultures, including Hindus, Indo-Greeks, Muslims, Turco-Mongols, Afghans and Sikhs. The area has been ruled by numerous empires and dynasties, including the Persian Achaemenid Empire, Alexander III of Macedon, the Seleucid Empire, the Indian Maurya Empire, the Gupta Empire, the Arab Umayyad Caliphate, the Delhi Sultanate, the Mongol Empire, the Mughal Empire, the Afghan Durrani Empire, the Sikh Empire (partially) and, most recently, the British Indian Empire.Pakistan is the only country to have been created in the name of Islam. It is an ethnically and linguistically diverse country, with a similarly diverse geography and wildlife. Initially a dominion, Pakistan adopted a constitution in 1956, becoming an Islamic republic.