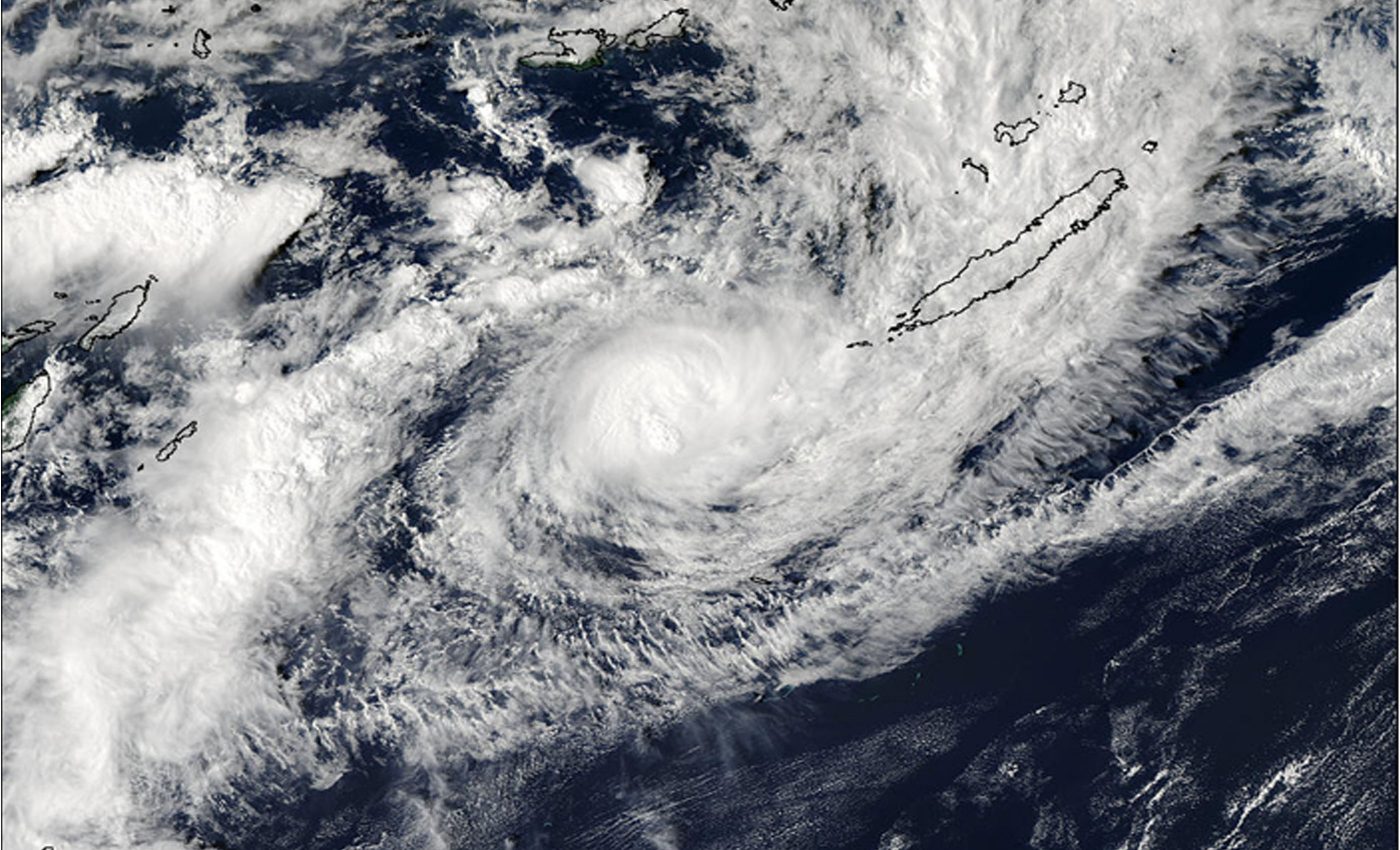 On June 8, 2003, the MODIS instrument onboard NASA’s Aqua satellite captured this bird’s-eye view of Tropical Cyclone Gina. Therefore as it was located approximately 449 miles (718 km) northwest of Noumea, New Caledonia. Gina is slowly drifting to the south-southwest at 4 mph with sustained winds of 104 mph with higher gusts to 121 mph.

The 2002–03 South Pacific cyclone season was the most active and longest tropical cyclone season since 1997–98, with ten tropical cyclones occurring within the South Pacific basin between 160°E and 120°W. The season started earlier than normal, with two systems developing before the official start of the season on November 1, 2002, while the final system dissipated on June 9, 2003, after the season had officially ended on April 30. During the season, tropical cyclones were officially monitored by the Regional Specialized Meteorological Centre (RSMC) in Nadi, Fiji and the Tropical Cyclone Warning Centres in Brisbane, Australia and Wellington, New Zealand. The United States Armed Forces through the Joint Typhoon Warning Center (JTWC), also monitored the basin and issued unofficial warnings for American interests. RSMC Nadi attaches a number and an F suffix to tropical disturbances that occur within the basin, while the JTWC designates significant tropical cyclones with a number and a P suffix. RSMC Nadi, TCWC Wellington and TCWC Brisbane all use the Australian Tropical Cyclone Intensity Scale and estimate windspeeds over a ten-minute period, while the JTWC estimates sustained winds over a one-minute period, which are subsequently compared to the Saffir–Simpson Hurricane Scale