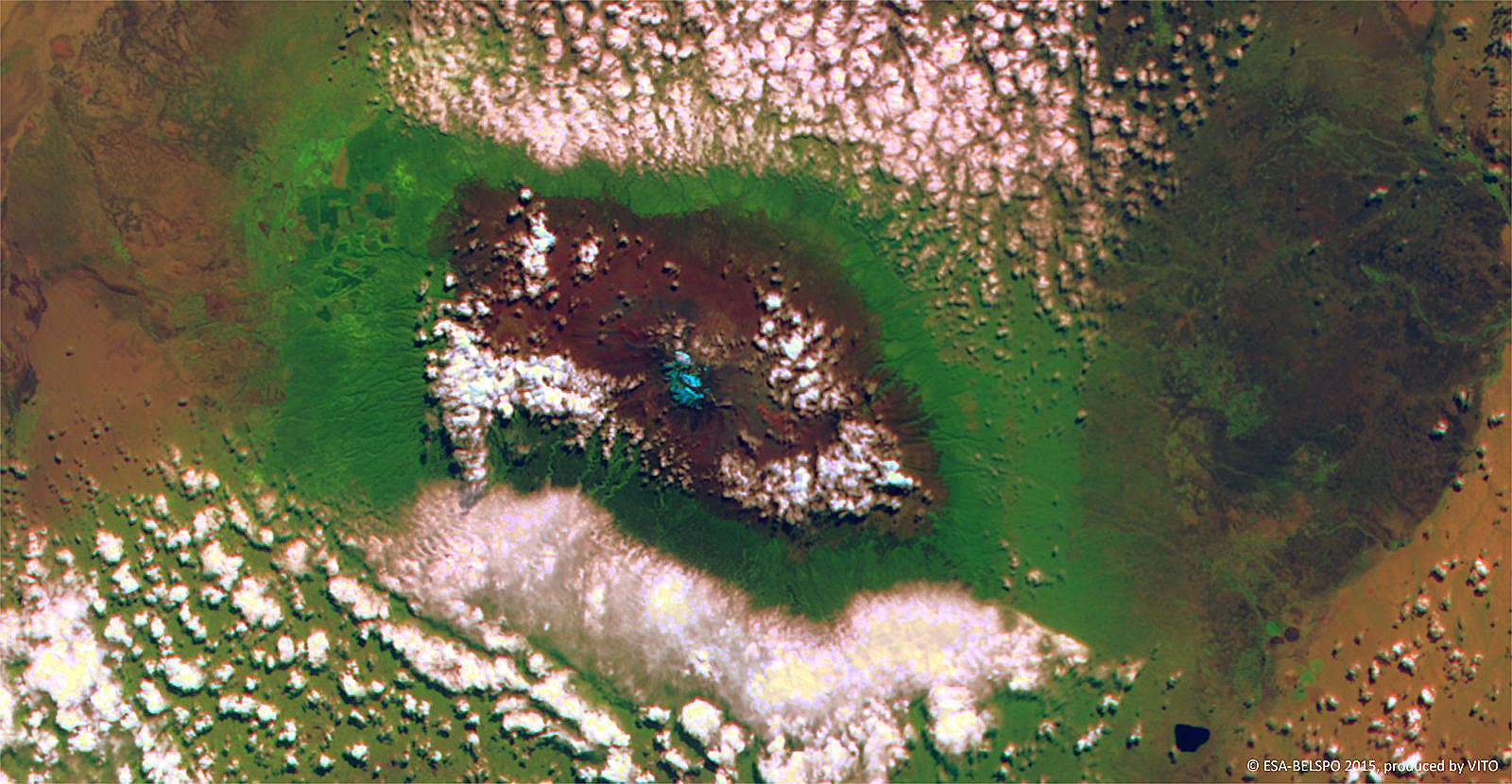 Mount Kilimanjaro — Africa’s Highest Peak A view of the glacier atop Africa’s highest peak, as observed by ESA’s Proba-V minisatellite.

The dormant volcano known as Mount Kilimanjaro is Africa’s highest mountain, at 5895 m. It is also the tallest free-standing mountain in the world, rising about 4900 m above its surrounding plain. Therefore seen in image above of NASA’S view of Mount Kilimanjaro — Africa’s Highest Peak.

Located close to the equator at 3°S, only its summit is covered with snow and ice. The ascent towards the top is a journey through most of the world’s climate zones, from the tropical to the Arctic. On the way the landscape shifts from tropical rain forest to moorland, alpine heather to desert and finally snow and ice.

This 100 m-resolution false-colour image from Proba-V’s main Vegetation camera on 14 June 2015 shows Kilimanjaro enveloped by clouds to the south and north. The gradual decrease of vegetation with altitude can be seen by the colours changing from green to brown and finally light blue, representing the summit’s glacier.

Launched on 7 May 2013, Proba-V is a miniaturised ESA satellite tasked with a full-scale mission: to map land cover and vegetation growth across the entire planet every two days.

Its main camera’s continent-spanning 2250 km swath width collects light in the blue, red, near-infrared and mid-infrared wavebands at 300 m resolution and down to 100 m resolution in its central field of view.

VITO, the Flemish institute for technological research, processes and then distributes Proba-V data to users. VITO has produced an online gallery highlighting some of the mission’s most striking images so far, including views of storms, fires and deforestation.