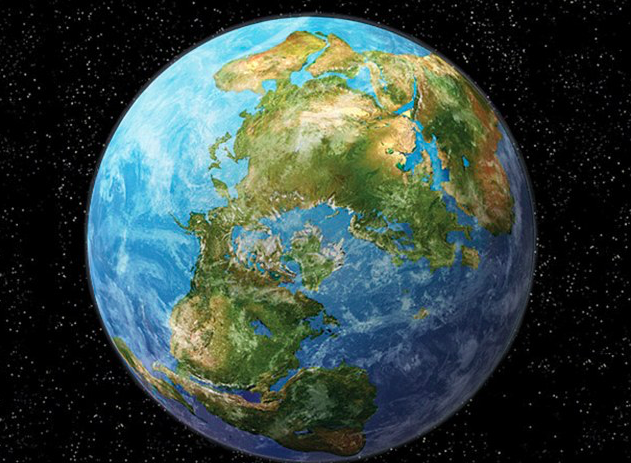 Today’s Image Of The Day comes from a new study performed by researchers at Yale University and Japan’s Agency for Marine-Earth Science. The team used simulations to illustrate what Earth may look like 250 million years from now, showing the formation of a supercontinent called Amasia.

The team published reported their findings in a paper published in the journal Nature.

According to study, tectonic plate movement will cause North and South America to combine, while the Arctic and Caribbean Sea will disappear.

“After those water bodies close, we’re on our way to the next supercontinent,” said Dr. Ross Mitchell, lead author of the paper.

After that, Asia will then merge with the Americas to form Amasia.

The prediction is predicated on a theory known called Orthovision, which suggests that after a supercontinent breaks up, its pieces drift until they eventually become locked into a north-south process of subduction, where one of the plates begins to push below the other. The researchers predict that this would occur where the present day Pacific Ring of Fire sits.

The last supercontinent, Pangea, formed roughly 300 million years ago, with Africa at in the center. 100 million years later, Pangea began to break apart, sending the continents adrift and creating the Atlantic Ocean.

But Pangea wasn’t the first supercontinent on Earth. In fact, scientists believe it may have been the third or fourth.