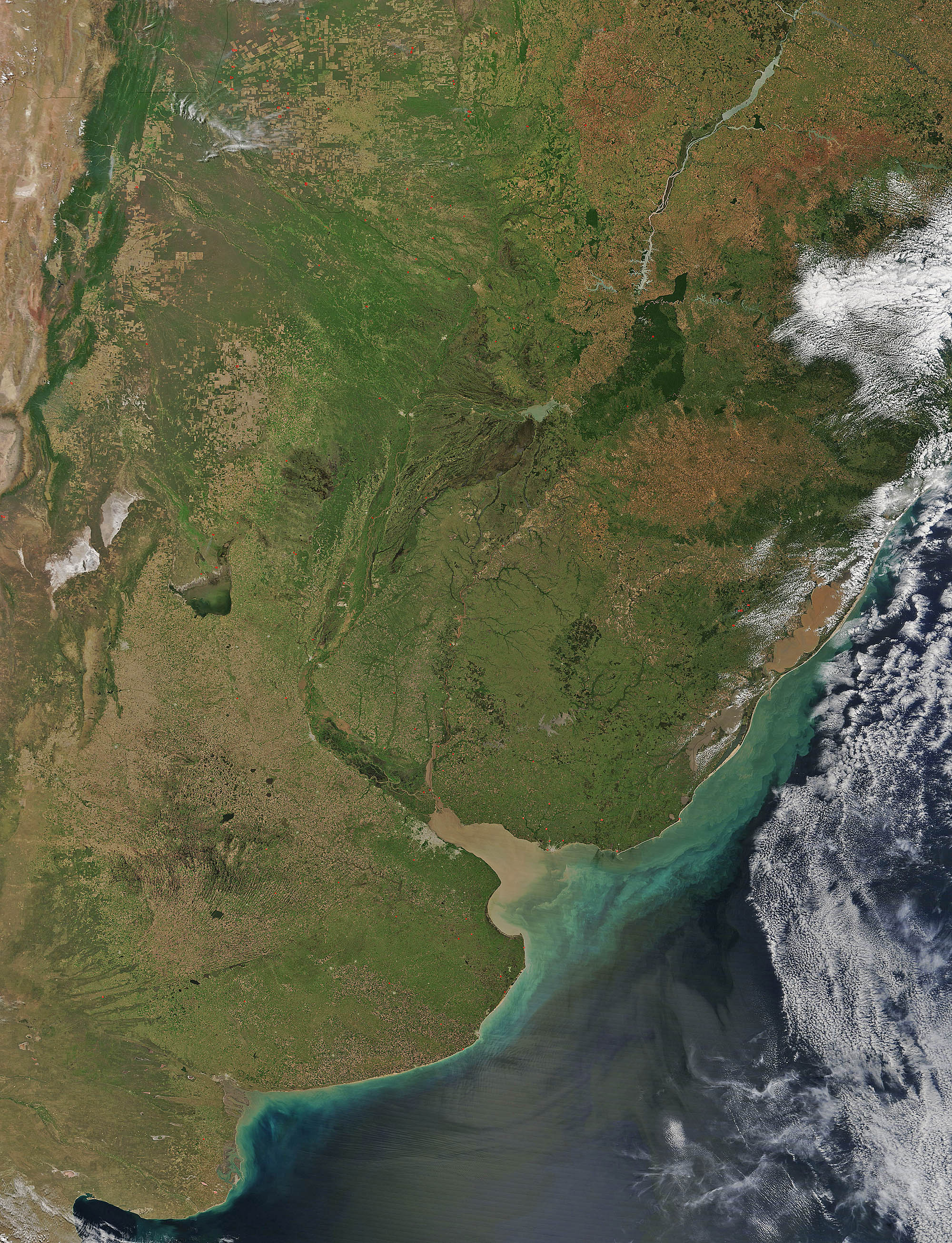 Black boundary lines were placed on the image to delineate borders between countries. Brazil lies in the northeast; Bolivia can be seen in the northwest. Uruguay sits south of Bolivia and western Brazil, with Argentina filling the southern section of the image.

The red dots mark fires burning in Uruguay and northern Argentina. At higher resolution (500 m), smoke can be seen blowing from many of the red hotspots, indicating actively burning fires. Most of these fires sit at the edges of rectangular-shaped, tan areas which are typical of cropland or pastureland. A few burn in more forested areas.

The fires in agricultural areas are suggestive of deliberate land management tool practices rather than wildfires. People use fire to clear forest, savannas, and grasslands for ranching and farming. The massive expansion of agricultural activities into these areas is primarily the result of industrial-scale farming and ranching which has been replacing traditional community-scale farming in Argentina and other parts of South America.