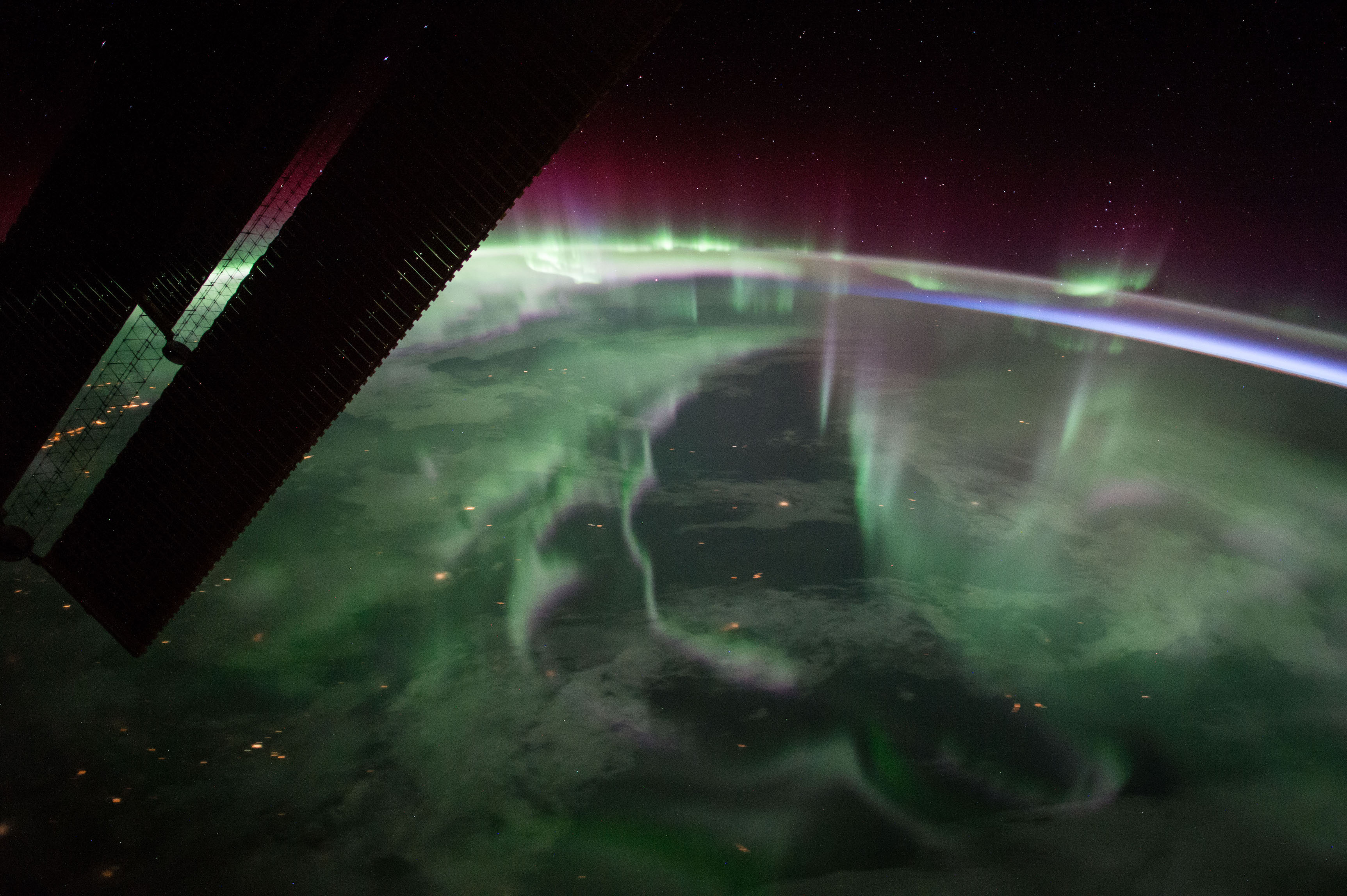 Today’s Image of the Day comes courtesy of NASA and features a look at the Northern Lights glowing over Canada.

The Northern Lights, also known as Aurora Borealis, are produced when the magnetosphere is disrupted by solar wind, causing charged particles to precipitate.

This image was captured on September 15, 2017 by an astronaut from the Expedition 53 crew on board tAn aurora (plural: auroras or aurorae), sometimes referred to as polar lights, northern lights (aurora borealis), or southern lights (aurora australis), is a natural light display in the Earth’s sky, predominantly seen in the high-latitude regions (around the Arctic and Antarctic).

Auroras are the result of disturbances in the magnetosphere caused by solar wind. These disturbances are sometimes strong enough to alter the trajectories of charged particles in both solar wind and magnetospheric plasma. These particles, mainly electrons and protons, precipitate into the upper atmosphere (thermosphere/exosphere). Also Northern Lights glowing over Canada has shown much interest around the world.

The resulting ionization and excitation of atmospheric constituents emit light of varying color and complexity. The form of the aurora, occurring within bands around both polar regions, is also dependent on the amount of acceleration imparted to the precipitating particles. Precipitating protons generally produce optical emissions as incident hydrogen atoms after gaining electrons from the atmosphere. Proton auroras are usually observed at lower latitudeshe International Space Station.