A beautiful aurora borealis seen from the space station • Earth.com

A beautiful aurora borealis seen from the space station 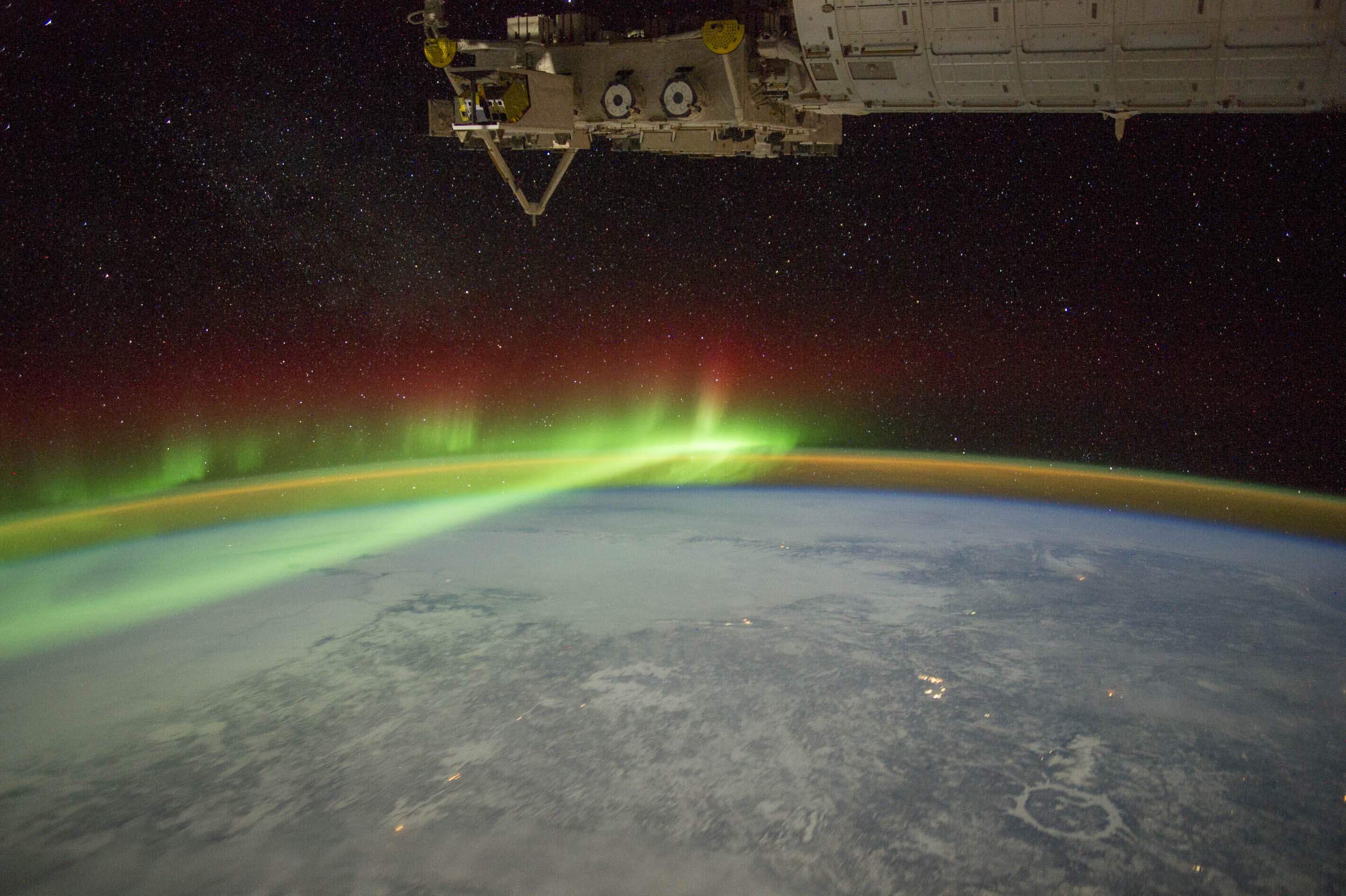 A beautiful aurora borealis seen from the space station. An astronaut aboard the International Space Station adjusted the camera for night imaging and captured the green veils and curtains of an aurora that spanned thousands of kilometers over Quebec, Canada.

Snow and ice in this winter image (February 2012) reflect enough light from stars, the Moon, and the aurora to reveal details of the landscape. On the lower right, we see a circle of ice on the frozen reservoir that now occupies Manicouagan impact crater (70 kilometers in diameter). City lights reveal small settlements, such as Labrador City (an iron-ore mining town) and the Royal Canadian Air Force base at Goose Bay on the Labrador Sea. NASA’s view.

The aurora borealis (northern lights) is the light that glows when charged particles from the magnetosphere (the magnetic space around Earth) are accelerated by storms from the Sun. The particles collide with atoms in the atmosphere; the green and red colors, for instance, are caused by the release of photons by oxygen atoms.

The fainter arc of light that parallels the horizon is A beautiful aurora borealis seen from the space station known as airglow. This is another manifestation of the interaction of the Earth’s atmosphere with radiation from the Sun.

The atmosphere shields life on Earth from the Sun’s harmful radiation. It also causes small asteroids to burn up or catastrophically explode before hitting the ground. Larger asteroids can occasionally penetrate the atmosphere and collide with our rocky planet—with dramatic effects.

Geologists know that a large asteroid slammed into Earth roughly 214 million years ago, creating a crater about 100 kilometers (60 miles) across on the landmass that is now part of Canada. The impact caused a shock wave to radiate across Earth’s surface, followed closely by high-velocity winds. Near the impact point, wind speeds would have exceeded 1000 kilometers (600 miles) per hour. The shock wave and air blast would have severely damaged and killed plants and animals out to distances of approximately 560 kilometers (350 miles)—as far as Goose Bay. After erosion by glaciers and other processes over millions of years, the Manicouagan crater is now about 60 kilometers (37 miles) wide.