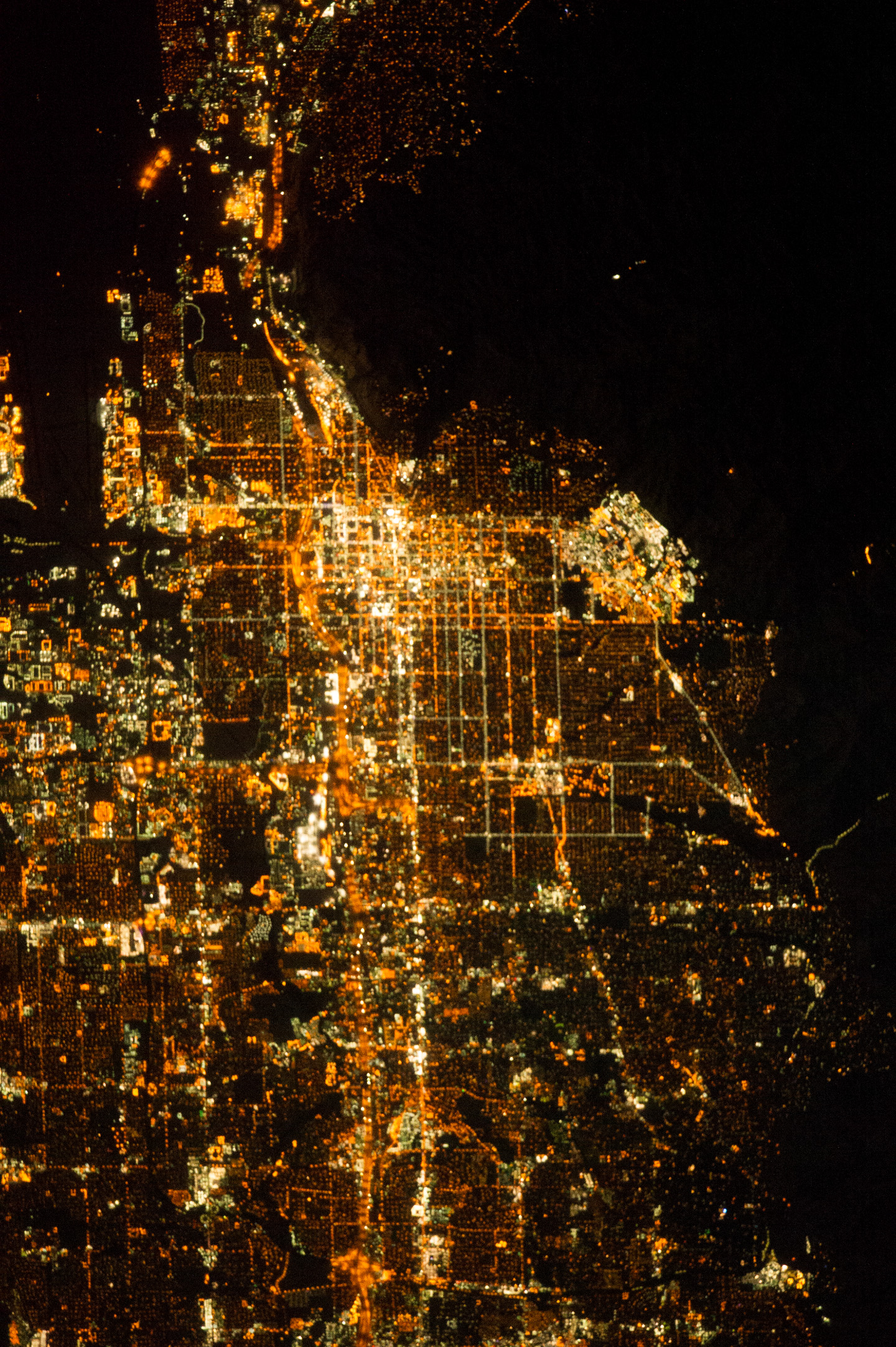 Today’s Image of the Day comes thanks to the NASA Earth Observatory and features a look at Salt Lake City at night.

Salt Lake City was founded in 1847 by a Mormon group and became known as “the crossroads of the west.” The city’s population is now well over 2 million people and includes the headquarters of the Church of Jesus Christ of Latter-day Saints.

Above the city lights in the northeast portion of the image sits the Wasatch mountain range, which stretches 160 miles in length.

This image was captured by an astronaut onboard the International Space Station.