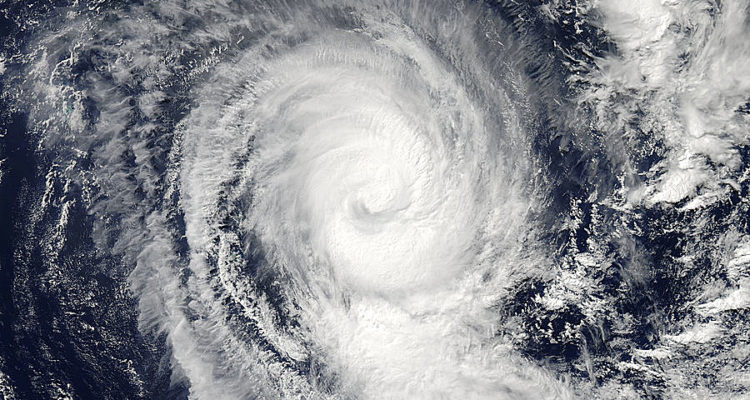 From space, Tropical Cyclone Joalane’s beauty is beyond compare. NASA’s Aqua satellite captured a near-visible image of the storm moving east of Rodrigues Island in the Southern Indian Ocean.

On April 10 at 09:20 UTC (5:20 a.m. EDT), the MODIS (Moderate Resolution Imaging Spectroradiometer) instrument aboard NASA’s Aqua satellite captured a beautiful image of Tropical Cyclone Joalane that showed a tightly wound tropical cyclone, still at hurricane-strength. Strong thunderstorms circled the cloud-filled eye and extended in a band of thunderstorms south of the center.

At the same time from Aqua, another instrument called the Atmospheric Infrared Sounder, or AIRS, gathered temperature data on the storm using infrared light. The AIRS instrument revealed that the thunderstorms circling the eye and in a band south of the center were high in the troposphere with cloud top temperatures as cold as 210 kelvin (-63.1F/-81.6C). Previous NASA research has shown that thunderstorms that high (and that cold) have the ability to generate heavy rainfall.

As Aqua passed overhead, Tropical Cyclone Joalane’s maximum sustained winds were near 75 knots (86 mph/139 kph). Joalane’s eye was centered near 18.2 south latitude and 66.3 east longitude. That put the center of the storm about 247 miles (397.5 km) east of Rodrigues and 595 miles (957.5 km) east of Port Louis, Mauritius. Rodrigues Island is about 348 miles (560 kilometers) east of Mauritius.

Joalane was generating rough seas with maximum significant wave heights to 30 feet (9.1 meters). As a result, there was a “Strong wind and high wave warning” in effect for Rodrigues Island. According to the Mauritius Meteorological Services, the Lemongrass weather station on the island had received 15.6 mm (0.6 inches) of rainfall since April 9, and the Advanced Canon weather station received 14.3 mm (0.5 inches). For updates, visit: http://metservice.intnet.mu/cyclone-bulletin-french-rodrigues.php

The Joint Typhoon Warning Center (JTWC) forecast calls for Joalane to move in a southerly direction over the next several days and weaken. JTWC expects the storm will become extra-tropical by April 14.