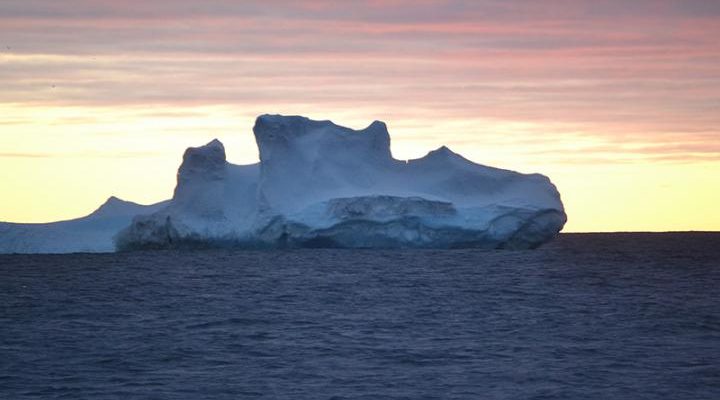 Today’s Image of the Day features an iceberg floating along the Antarctic coast at sunrise. When icebergs like this form, it causes the surrounding seawater to grow saltier and denser. As a result, the salty water sinks to the ocean floor, creating what is called the Antarctic Bottom Waters.

The Antarctic Bottom Waters have a crucial part in regulating the ocean’s temperature, circulation, and oxygen levels. But according to a new study by the Woods Hole Oceanographic Institution (WHOI), these waters have become fresher at an unexpected rate. The paper, published in Science Advances, argues that this shift could result in rising sea levels and changing ocean circulation.

According to several other studies, the Antarctic Bottom Waters have been changing for years.

“These waters are thought to be the underpinning of the large-scale global ocean circulation,” said Alison MacDonald, the study’s co-author. “Antarctic Bottom Water gets its characteristics from the atmosphere–for example, dissolved carbon and oxygen–and sends them deep into the ocean. Then, as the water moves around the globe, it mixes with the water around it and they start to share each other’s properties. It’s like taking a deep breath and letting it go really slowly, over decades or even centuries.”

Thus, the below-freezing waters regulate ocean circulation and can be used to monitor the effects of climate change. According to the data, the Antarctic Bottom Waters have grown fresher four times faster in the past decade than they did between 1994 and 2007.

“The fresher and warmer the water is, the less dense it will be, and the more it will expand and take up more space – and that leads to rising sea levels,” said MacDonald. “If these waters no longer sink, it could have far reaching effects for global ocean circulation patterns.” 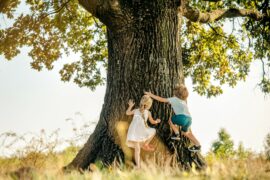 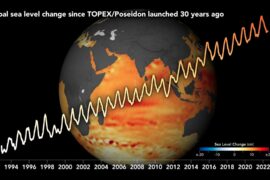 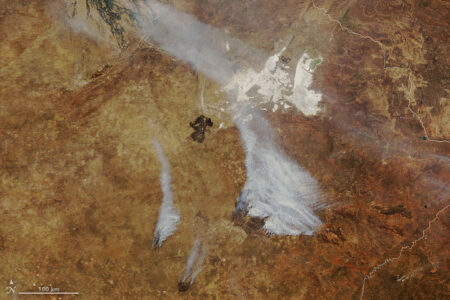 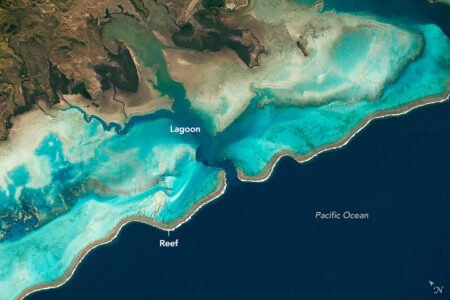