Acorn woodpeckers duke it out for days to win a prime breeding territory • Earth.com 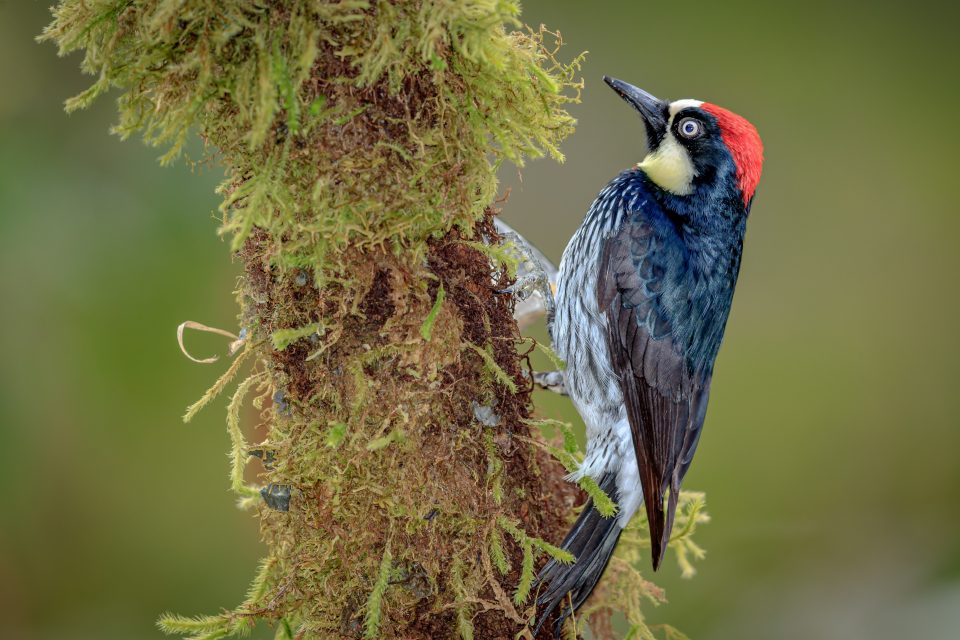 When a high-quality territory is up for grabs, acorn woodpeckers engage in days-long battles to claim it, according to a new study published by Cell Press. The researchers used radio tags to investigate the effort and energy that woodpeckers are willing to invest to win a prime breeding spot.

The study also revealed that woodpeckers gather from miles away to watch the power struggles as spectators, which allows them to gather important social information.

“When you’re approaching a big tree with a power struggle from far away, you’ll first hear a lot of acorn woodpeckers calling very distinctly, and see birds flying around like crazy,” said Barve.

“When you get closer, you can see that there are a dozen or more coalitions of three or four birds fighting and posturing on branches. One group has to beat all the others to win a spot in the territory, which is really, really rare in animals – even in fantasy novels it usually boils down to one army against the other.”

Because the battles tend to be chaotic, it is difficult to grasp the full picture through direct observation. The researchers used new radio telemetry technology that could track the birds’ locations down to the minute.

The radio tags enabled the researchers to investigate how much time was spent fighting and where the warriors came from.

The birds duke it out over co-breeding positions in oak trees with granaries, which are large acorn storage structures built by the birds. The granaries consist of acorns stuffed into thousands of individual holes in the bark.

According to the study, the battles involve fighting coalitions formed by groups of non-breeding brothers or sisters from neighboring territories. The radio tag data showed that some birds return day after day and fight for ten hours at a time.

“We didn’t think it could be that long because they have to be away from their home territory,” says Barve. “When do they eat? We still don’t know.”

While the experts theorized that woodpeckers would fight the hardest for territories closest to home, they found that the decision to fight may depend on more complex social cues.

“These birds often wait for years, and when there’s the right time and they have the right coalition size, they’ll go and give it their all to win a really good territory,” said Barve.

Complex social behavior was also observed among the spectators. “We never really paid attention to them because we were always fixated on the birds that were actually fighting,” explained Barve. “We often forget that there are birds sitting on trees watching nearby.”

The team discovered that the biggest battles can attract more than 30 birds, or a third of all woodpeckers in the area, with some traveling more than three kilometers.

The radio tag data showed that the spectators spend up to an hour a day watching the fights, despite the fact that many of them already having breeding granaries. For these birds, the benefits of social information must outweigh the costs of leaving their territory unattended for considerable amounts of time.

Acorn woodpeckers have tight social networks and are aware of which birds are in various territories. “If anything is disruptive to that, or if anything weird happens, they want to go check it out,” said Barve. “The spectators are probably as interested in the outcome as the fighter is, although the warriors benefit more directly.”

Even though the researchers still have a lot to learn about the acorn woodpeckers’ complex social structures, the radio tags have provided them with many unique insights.

“They potentially have friendships, and they probably have enemies. With our radio tag data, we can tell when two birds are at the same place at the same time. The next step is to try and understand how their social networks are shaped, and how they vary across the year.”

The study is published in Current Biology.