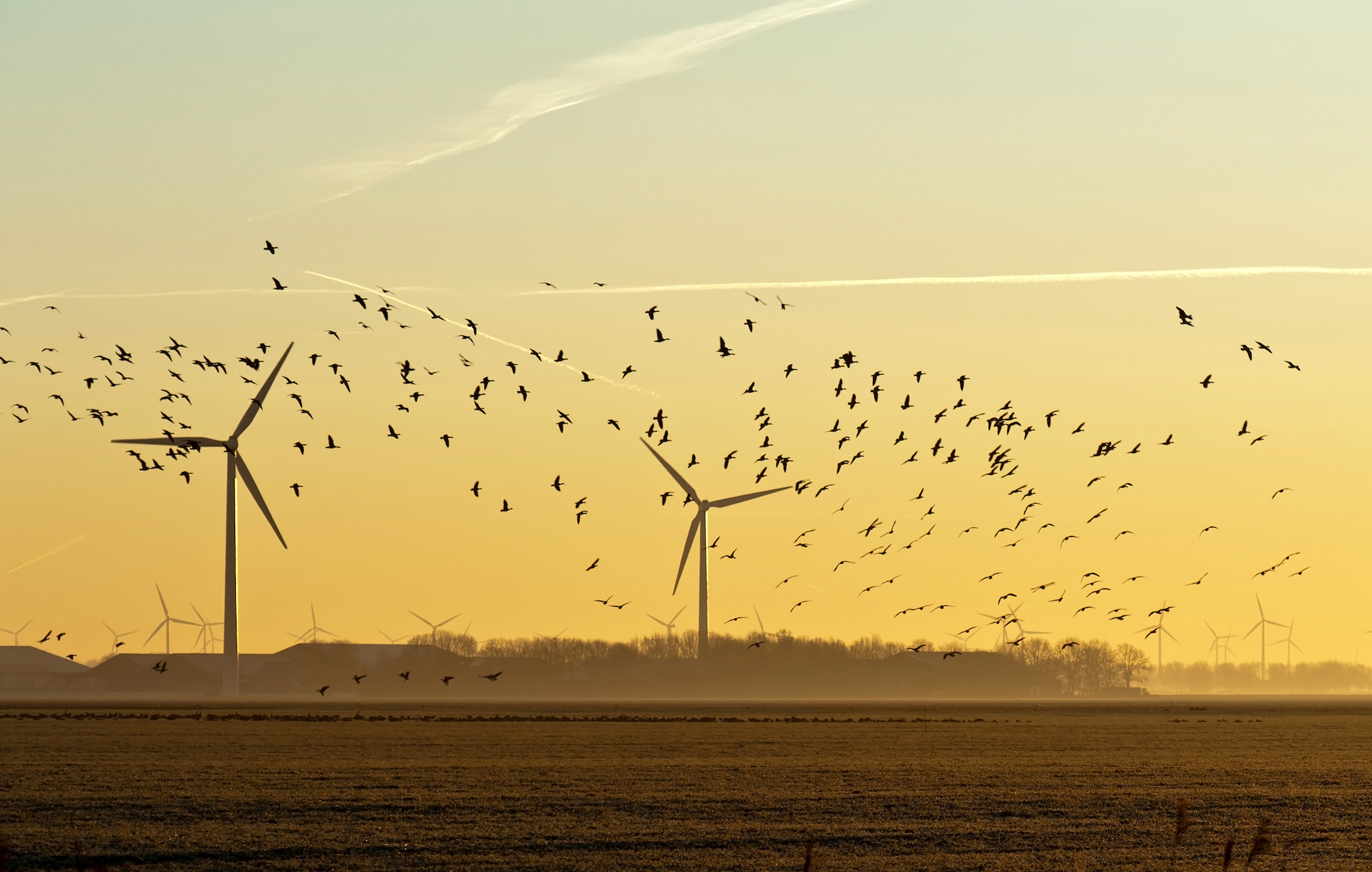 Each year, millions of birds are killed by flying into wind turbines, airplanes, or other human-made structures.

Birds can also be a nuisance to farmers and cause food shortages by eating crops.

In order to reduce the risk of bird fatalities and unfortunate bird-human interactions, John Swaddle, a behavioral biologist at William & Mary College, is working on two acoustic-based technologies that could deter birds from unwanted areas and stop them from flying into structures.

Swaddle and his colleagues are developing a Sonic Net and an Acoustic Lighthouse, and presented these in a session at the annual meeting of the American Association for the Advancement of Science.

Captive zebra finches are being used to test the effectiveness of the technology, and Swaddle emphasizes the importance of understanding bird behavior first and foremost in order to safely keep them away from at-risk areas.

Sonic Nets and Acoustic Lighthouses both use sound to warn or keep birds away. A Sonic Net, which is already in commercial development, works by transmitting a frequency that interrupts bird communication.

If a bird can’t hear another’s warning, then there is no way to know if predators are close by, and the Sonic Nets create an uncomfortable space that the birds will not want to reside near.

The nets have already proven successful in keeping birds away from agricultural operations.

Acoustic Lighthouses, on the other hand, are a newer development and work as a warning system.

Birds are typically looking down when they fly, so they often don’t see structures until it’s too late. But the lighthouse emits a sound that alerts the bird and focuses its attention upward to see what’s in front of it in time to slow down and change course.

“All that’s missing is the brake-screeching sound,” said Swaddle. “A slowing bird’s altered posture will naturally cause it to look up, see danger ahead and alter course — once it hears the signal. It’s a bit like someone texting while they’re driving,” he said. “If you honk your horn at them, they’ll look up.”

Acoustic Lighthouses could also be an important addition to the race for renewables energy. Wind turbines equipped with a warning system could ensure the preservation of bird populations and reduce the risk of collision fatalities.

Both technologies that Swaddle outlined in his session have the potential to reduce bird-human interactions while still maintaining bird populations.