Some of Earth’s most adorable animals are facing extinction • Earth.com 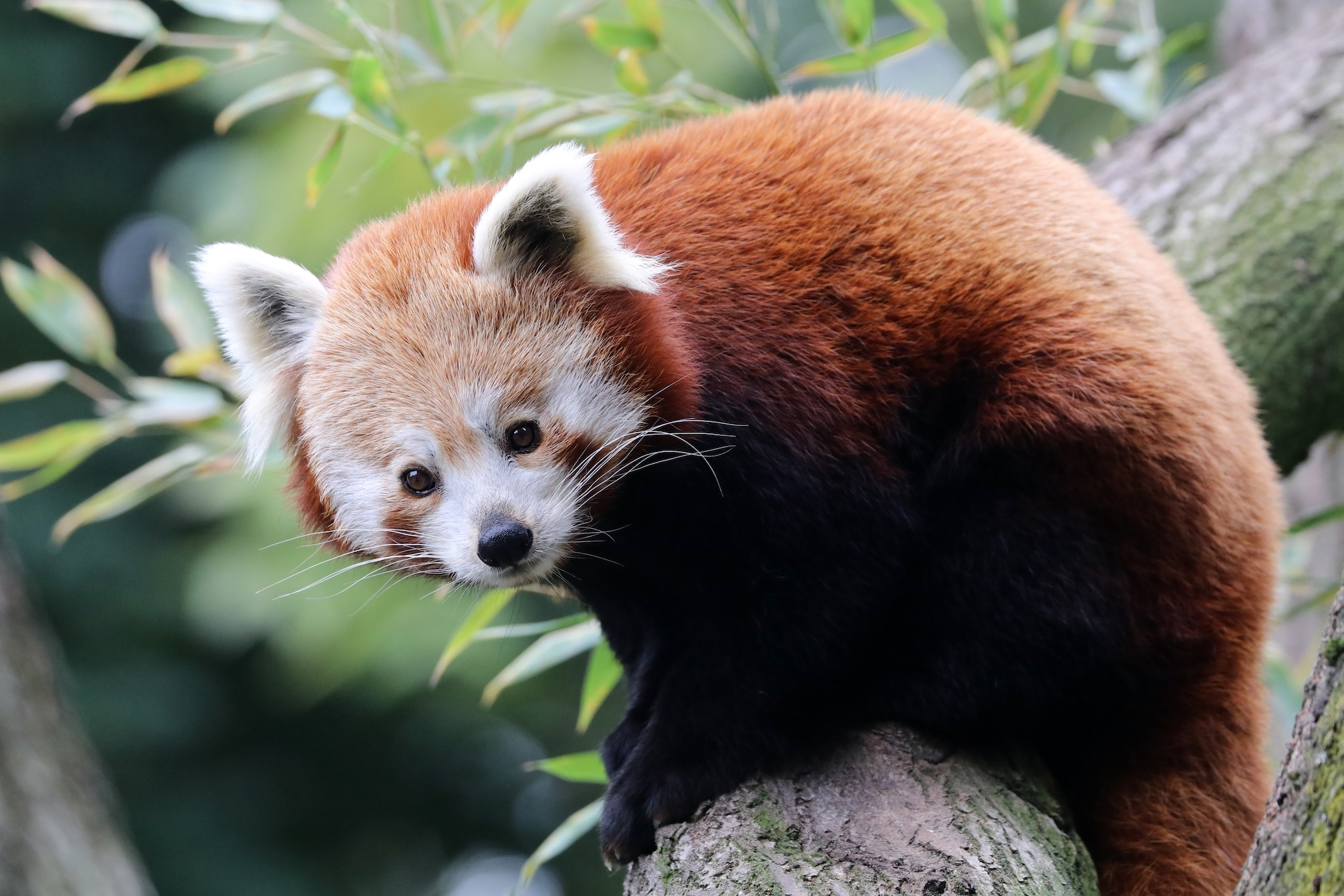 Some of Earth’s most adorable animals are facing extinction

The planet’s species are now vanishing at the fastest rate since the extinction of dinosaurs 65 million years ago. Of all species that have existed on Earth, over 99 percent are now extinct. Many species are currently at risk due to human activities that result in global warming and habitat loss.

When the conservation status of a species reaches “endangered,” it is likely this species could disappear forever. The following is a list of some of the cutest animals on the planet that are now on the endangered list, and at serious risk of extinction. 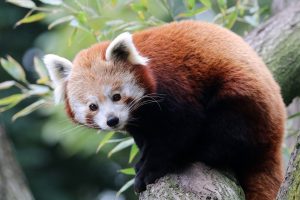 Red pandas have furry bodies that resemble bear cubs and white face markings like raccoons. They weigh around 10 pounds and are not much larger than house cats. Red pandas live rather solitary lives and are thought to be shy animals. When they do communicate, they chatter or squeak like chipmunks.

The red panda is nicknamed “firefox” for its reddish-orange coat and black limbs. These animals are skilled acrobats that spend most of their time in the treetops. Red pandas are perceived as lazy because their bamboo diet slows their metabolism.

Red pandas can be found in the forests of the Eastern Himalayas and the mountains of Nepal and Myanmar. They are mainly endangered due to deforestation. Global warming and human activity such as logging have added pressure to their rapidly vanishing forest habitats. They are also hunted for their thick, warm fur. 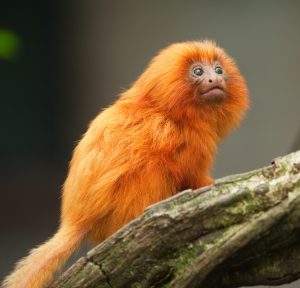 The golden lion tamarin is a small monkey with long, silky hair that frames its face. This tiny monkey weighs under two pounds. The distinctive, fiery-gold color of its hair is thought to be lightened by the sun and also from cartenoids in its diet.

These sociable monkeys move in groups and sleep in hollow trees. Golden lion tamarins move very fast and swing from vines to trees, rarely ever coming down to the ground. They communicate with each other by marking their territory with a musky-scented substance, and also use a variety of sounds. Screeching noises usually mean they are playing.

Located in the tropical rainforests of Brazil, golden lion tamarins are in danger due to habitat loss. Their native forests are being cleared for agriculture and ranching. These tiny monkeys are also hunted and killed or captured for the pet trade. At one point, locals mistakenly believe they carried yellow fever and malaria and killed many of them. 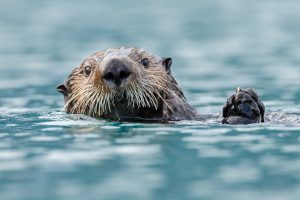 While sea otters are the biggest members of the weasel family, they are among the smallest marine mammals, weighing an average of 49 to 99 pounds. These animals have thick, puffy fur with facial features that resemble small polar bears. Sea otters often look like they are laughing and smiling.

Sea otters must keep their dense fur clean so that it stays waterproof. They spend a lot of their time grooming, and roll in the water frequently while eating to keep food scraps out of their fur. Sea otters are equipped with pouches to store food that they bring up to the surface for meals. They float on their backs and eat with their forepaws, using rocks and other tools to break open shellfish.

Although they spend most of their waking hours alone, these sea creatures rest together in single-sex groups called rafts. They sometimes drape kelp over their bodies or hold hands while they are sleeping to keep from floating away.

Sea otters can be found in the coastal waters of the Northern Pacific. They are often victims of oil spills and habitat degradation from pollution. They are also shot and hunted by humans. 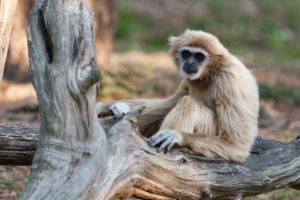 Pileated gibbons are small acrobatic apes with shaggy fur. The females are silver or beige with a black head and belly, and the males are all black. Pileated gibbons have oversized arms and commanding legs. With graceful yet powerful movement, these creatures can launch themselves over 50 feet to the nearest tree. They move through the jungle at speeds of up to 35 miles per hour.

Pileated gibbons live and rest high in the trees in small family groups. They are known for loud vocalizations that sound like songs, and the males and females “perform” duets together. These iconic animals bond by grooming each other.

Found in Cambodia, Laos, and Thailand, the habitats of pileated gibbons are being destroyed as their native forests are turned into farmland. This has led to extinction in some regions. They are also hunted and captured for their meat. 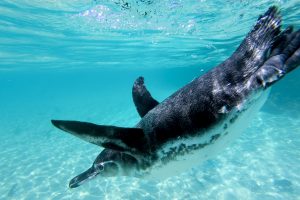 The Galapagos penguins are the second smallest penguin species. They weigh only 5 pounds and stand about 16 inches tall. They have slender beaks and sport the shape of an upside-down horseshoe on their bellies. Their black and white colors help camouflage them from predators both inside of the water and out.

The Galapagos penguins are the only penguin species that live and breed in a tropical climate north of the equator. This unique penguin species is restricted to the Galapagos Islands because a cold undercurrent of water is pulled here from Antarctica. They live in colonies and hunt in groups, yet are very territorial over their nests. These tiny penguins communicate with vocalizations and body movements.

Global warming and other disturbances of their habitats have resulted in the endangerment of the Galapagos penguins. The introduction of new, invasive species and human activities such as fishing also threaten the survival of these penguins.

There are many ways that we can help save these and other threatened species. A great way to start is to learn about endangered species in your local area. Buy sustainable products and reduce water waste to help protect natural habitats.

For more ideas, check out this list of “20 Extraordinary Things You Can Do To Save Endangered Species.”

You can also participate in Endangered Species Day on May 19th, 2017.